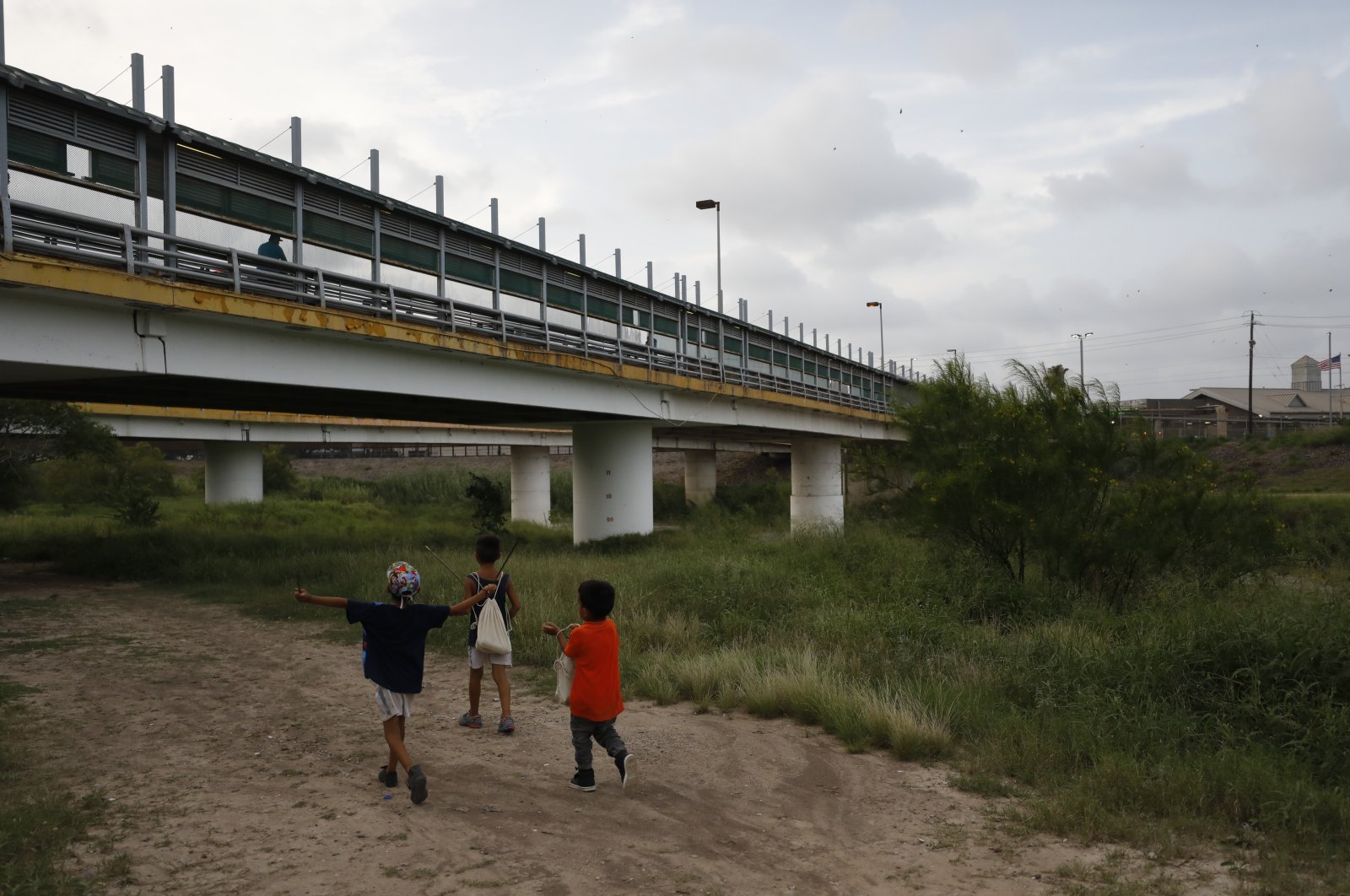 In this June 26, 2019 file photo, migrant children walk with their families along the Rio Grande, as pedestrian commuters use the Puerta Mexico bridge to enter Brownsville, Texas, seen from Matamoros, Tamaulipas state, Mexico. (AP Photo)
by German Press Agency - DPA Apr 07, 2020 9:19 am
RECOMMENDED

Alleged members of drug cartels distributed food to residents of two cities in Mexico amid the coronavirus pandemic, local media reported on Monday.

Official sources quoted by the newspaper Reforma indicated that the food deliveries allegedly carried out by the Gulf Cartel in the northeastern state of Tamaulipas and Los Viagras in the western state of Michoacan group, were being investigated.

Drug trafficking groups have been known to distribute food or toys on certain dates, such as Children's Day or when there are hurricanes, in what is seen as a way to show their presence and gain community support.

In Tamaulipas, a state bordering the United States, cardboard boxes with basic items such as canned tuna, oil and sugar were delivered on Saturday in marginalized neighborhoods of the state capital Ciudad Victoria.

According to Reforma, this could be a strategy by a criminal leader operating in a different city in Tamaulipas to challenge drug traffickers in the capital.

Food was also reportedly distributed in Michoacan in the community of Acahuato, a town near Apatzingan, where different organizations operate, including Los Viagras.

The coronavirus crisis has partially paralyzed the economy in Mexico, where the population has been asked to self-isolate in an attempt to slow down the spread of the virus.

So far, 2,143 cases of COVID-19, the life-threatening disease caused by the novel coronavirus, have been confirmed, while 94 people who tested positive have died so far.