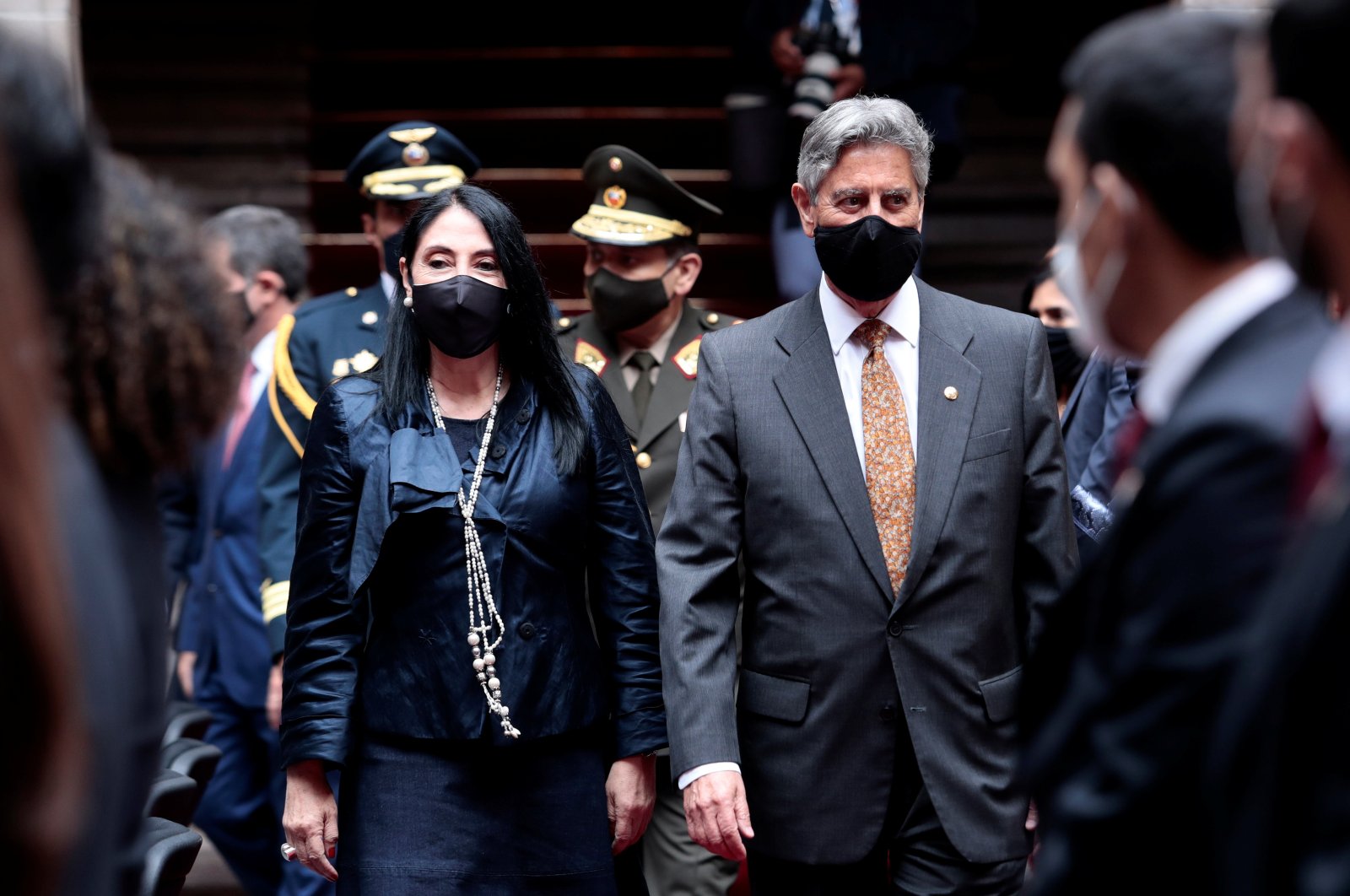 Peru's president announced Monday night that 487 officials, including the former ministers of foreign affairs and health, took advantage of their privileged positions to secretly receive early inoculations of a Chinese coronavirus vaccine that the government had bought for doctors and other health workers battling the pandemic.

Interim President Francisco Sagasti said the officials' names are being turned over to prosecutors as the intensifying scandal over unequal access to coronavirus vaccines rattles Peru’s government.

"These people who were part of our government failed to do their duty as public servants," Sagasti said in a television broadcast. He said he was furious at the attitude of "many public officials who took advantage of their position."

Parties in the opposition Congress scheduled a meeting Tuesday to decide whether to set up an investigative commission on the secret shots of a vaccine developed by the Chinese state company Sinopharm.

Revelations of the secret vaccinations have generated frustration among health workers and stained the reputation of former President Martin Vizcarra, who confirmed that he and two family members were vaccinated before Congress removed him in November over a corruption allegation.

Foreign Minister Elizabeth Astete, Health Minister Pilar Mazzetti and two vice ministers involved in fighting the new coronavirus have been forced to step down in recent days. Astete acknowledged in a letter of resignation Sunday that she had secretly received the shot in late January, but added that "I could not allow myself the luxury of falling ill."

That infuriated many Peruvians.

"They took advantage of their positions. It confirms that the priority wasn't for colleagues in the intensive care units who faced death 24 hours straight without even breaks for food," said Godofredo Talavera, president of the Peruvian medical federation.

"We understand (now) why they waited so long in buying the vaccines. There was no rush; they'd been vaccinated," he said. Mazzetti had been almost a local heroine for her fight against the virus as health minister, and many were shocked because her confession Friday of receiving a shot came just days after she had assured a conference with the president that she would be immunized only after "everyone working in the system is vaccinated."

"The captain is the last to leave the ship. Those of us at the head of the institutions have to set an example to wait for our moment properly," Mazzetti said.

Vizcarra also had been a popular figure for his crusade as president against alleged political corruption, before his targets in Congress ousted him in November alleging corruption on his own part in a case unrelated to the vaccines. He was replaced a week later by Sagasti.

Astete authorized the purchase of 1 million vaccine doses from Sinopharm shots on Jan. 7 and received the shot herself two weeks later, revealing it only after Vizcarra confirmed a newspaper report that he had gotten a shot in October along with his wife, Maribel Diaz.

On Monday, he acknowledged his brother also received a shot. AstraZeneca and the German CureVac vaccine candidates are also under study in Peru.