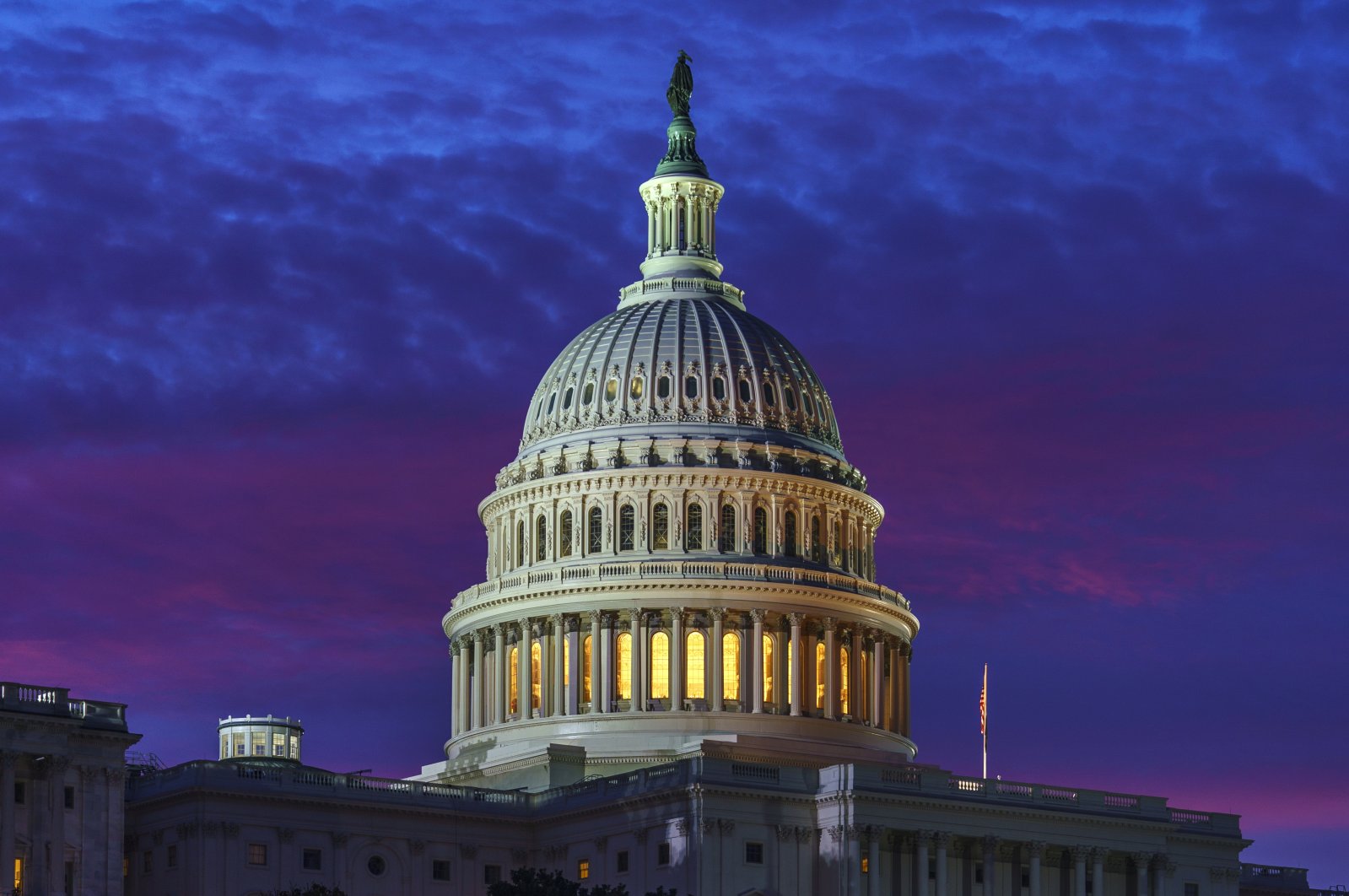 A majority of Americans say former President Donald Trump bears at least some blame for the Capitol insurrection, and about half say the Senate should vote to convict him at the end of his impeachment trial.

That’s according to a survey from The Associated Press-NORC Center for Public Affairs Research that also finds many Republicans continue to believe, contrary to all evidence, that President Joe Biden’s election was illegitimate.

It's the latest sign that Trump's monthslong disinformation campaign could have long-lasting ramifications for Biden as he tries to govern a fractured country and underscores the deep partisan divides that will outlast Trump's presidency. It also shows some degree of consensus, however, with even many Republicans saying that Trump was at least partially responsible for his supporters' deadly storming of the Capitol on Jan. 6 in a bid to overturn the results of the November election.

Nearly two-thirds of Americans believe that Trump bears at least a moderate amount of responsibility for the breach of the U.S. Capitol, including half who say he bears a great deal or quite a bit. Just over a third say he bears little to no responsibility.

Most Republicans absolve him of guilt, but about 3 in 10 think he bears at least a moderate amount of blame for the events.

Fewer Americans, 47%, believe the Senate should vote to convict Trump after his impeachment trial, which begins next week. Another 40% say he should not be convicted, and 12% aren't sure. Trump last month became the first president in the nation's history to be impeached twice by the House, but it appears unlikely Democrats will have enough votes to convict him in the upper chamber.

Opinions on the trial fall along partisan lines, with more than 8 in 10 Democrats saying the Senate should convict, versus only about 1 in 10 Republicans. While those who believe he bears a large amount of responsibility generally believe he should be convicted, among those who say he is only moderately responsible, significantly more say the Senate should vote against than for conviction, 54% to 19%.

“I think it’s kind of ridiculous. Are we going to start impeaching all the past presidents we don’t like?” said Bill Stokes, 67, who lives in Casper, Wyoming, and voted for Trump in November, describing him as the “lesser of evils."

While Stokes allowed that Trump “perhaps” bore some responsibility for the events of Jan. 6, he said, “I don’t think it warrants impeachment. Maybe a censure, if that.”

“I really don’t feel like he incited a riot. He asked them to go down there for a peaceful protest. Maybe he didn’t understand mob psychology, but I think his responsibility there – they’re trying to put more on him than there really is," he said.

In interviews, other Republican respondents faulted Trump for egging on the crowd – and some felt he should be held accountable in some way – but didn’t think impeachment was the answer given that Trump has already left office and, they said, was unlikely to ever be elected again.

At the same time, the poll finds that many Republicans agree with the idea, championed by those who stormed the Capitol, that Biden’s election was illegitimate. Overall, 66% of Americans say Biden was legitimately elected president, but 65% of Republicans say he was not.

They include Dolores Mejia, 71, who lives in Peoria, Arizona, and maintains that, had all the votes been counted, “I think Trump would have won, I really believe that.”

A lifelong Democrat who switched her party registration to vote for Trump in November, Mejia cited everything from debunked conspiracies to friends' accounts to explain her reservations.

“I don’t care what the Democrats say. They stole the election. There's just no way, with the amount of support we were seeing, watching the rallies on TV, things like Truckers for Trump ... there is no way they did not steal the election," she contended.

Others were more ambivalent. Mark Richardson, a Republican who lives in High Point, North Carolina, and voted for Trump twice, said he understood why measures had been taken to allow for mail-in voting during the coronavirus pandemic but argued they should never be used again.

“It leaves too much room for questions,” he said. But Richardson, 39, who works in the electric vehicle industry, said the question of “legitimacy” is more nuanced.

“So I guess it depends on how you frame the question," he said. “Do I think every vote he received was legitimate? No. But do I think he's the president, legitimately? Yes.”

GOP officials in several battleground states that Biden carried, including Arizona and Georgia, have said the election was fair. Trump’s claims were roundly rejected in the courts, including by judges appointed by Trump and by his former attorney general, William Barr.

In general, the poll shows that Americans have a more negative than positive view of Trump’s presidency and its impact on the country, but opposition is limited among Republicans. Only 36% of Americans overall say Trump was a great or even a good president, while 50% say he was a poor or terrible one.

By contrast, in late 2016, as Barack Obama was leaving office, 52% of Americans called him a good or great president, while 28% said he was poor or terrible.

While most Republicans say Trump was a good or great president, 15% call him just average and 11% say he was a poor or terrible president.

Americans are more mixed about how the Trump years impacted them personally. In fact, more call themselves better off than worse off than they were when Trump took office, by a margin of 38% to 27%.