Another prison riot breaks out in Ecuador, leaves 58 dead 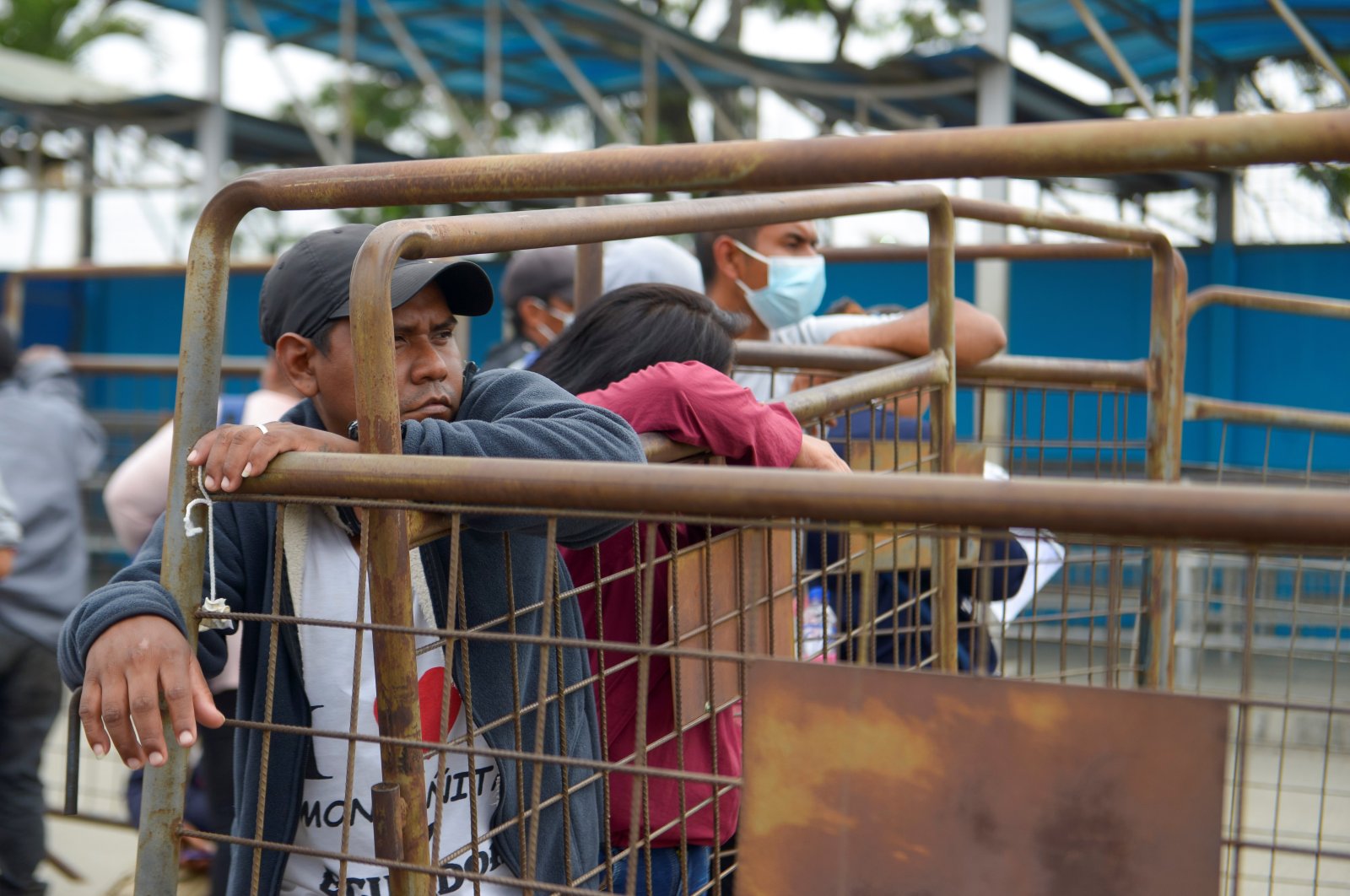 Relatives of prisoners await information about their loved ones, outside a penitentiary in Guayaquil, Ecuador, Nov. 13, 2021. (EPA Photo)
by French Press Agency - AFP Nov 13, 2021 8:17 pm
RECOMMENDED

In a previous riot in September, 119 prisoners ended up dead.

"Up to this moment," the fighting between inmates that began on Friday has resulted in "58 prisoners who lost their lives and 12 who are wounded," police commander General Tannya Varela told reporters.

An intervention by police to try and reestablish order "saved lives," added Pablo Arosemena, governor of the province of Guayas, whose capital city is Guayaquil.

Nearly 300 prisoners have been killed this year in Ecuador's criminal detention system, where thousands of inmates tied to drug gangs square off in violent clashes that often turn into riots.

September's unrest was one of the worst prison massacres in Latin American history, and the latest deadly violence in Guayaquil only reaffirmed the broken state of Ecuador's jails.

Rival narcotics gangs have been waging a bloody feud in the Guayas 1 Prison, a facility that was designed for 5,300 inmates, but houses 8,500 – 60% more than capacity.

But even after a crackdown in the wake of the September 28 tragedy that killed 119, the unrest has persisted, with at least 15 more inmates dying prior to Friday's deadly burst of violence.

Two weeks after the September disaster the country's president, Guillermo Lasso, declared a 60-day state of emergency in a bid to tame Ecuador's surging drug-related unrest.

He also named a new defense minister in part to address the massive prisons crisis.

Violence has spiked dramatically in recent months in Ecuador, whose economy is ailing. Between January and October this year, the country registered almost 1,900 homicides, compared to about 1,400 in all of 2020, according to the government.