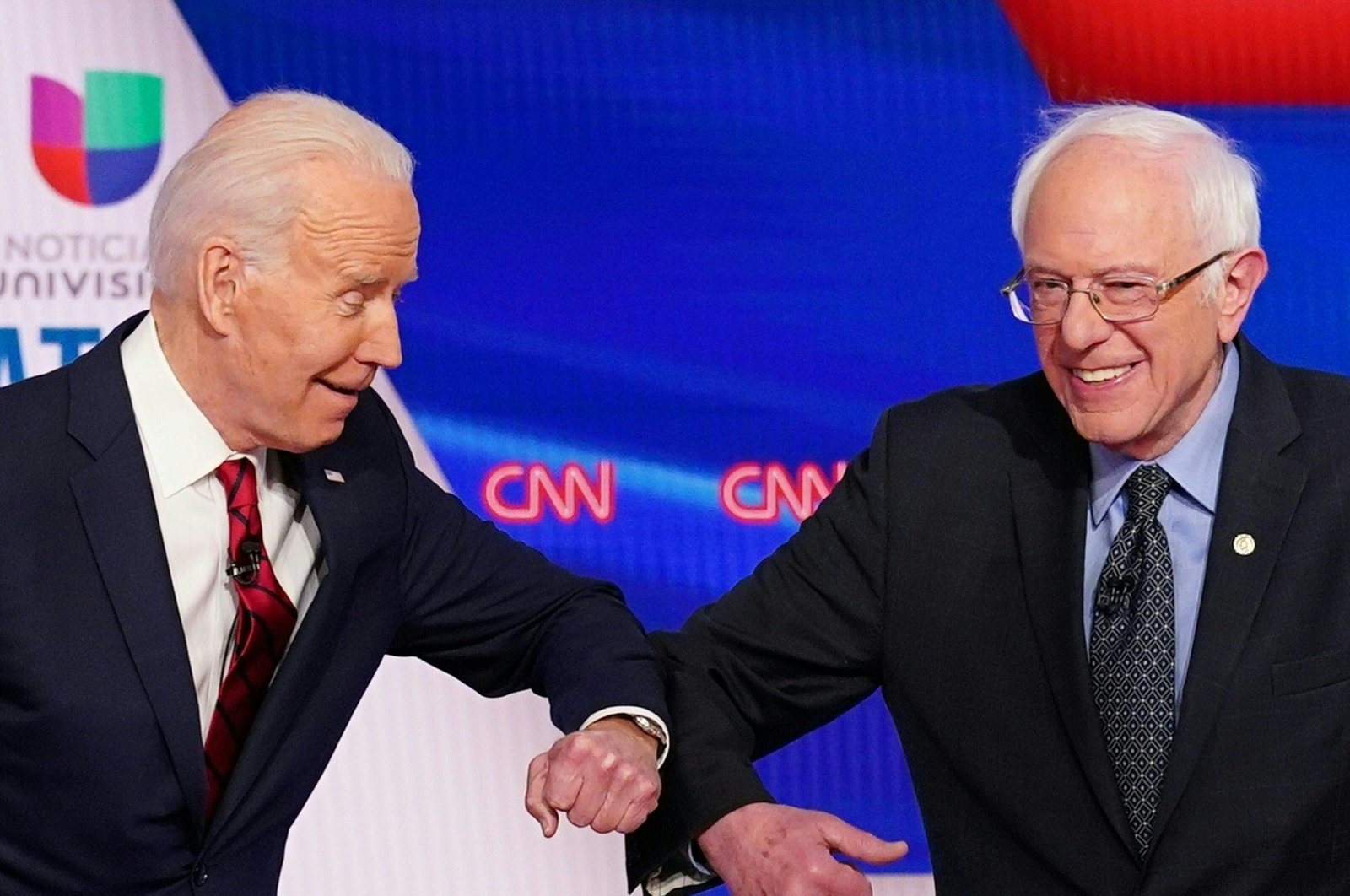 Joe Biden (L) and Senator Bernie Sanders greet each other with a safe elbow bump before the start of the 11th Democratic Party 2020 presidential debate in a CNN Washington Bureau studio in Washington, March 15, 2020. (AFP Photo)
by Associated Press Apr 13, 2020 9:40 pm
RECOMMENDED

The backing is a crucial development for Biden, who must bridge the Democratic Party's ideological divide to unify voters against President Donald Trump in the fall. Biden and Sanders, a leading progressive, clashed throughout the primary over policy issues such as the “Medicare for All” universal health care plan.

The endorsement stands in contrast to the extended 2016 fight between Sanders and Hillary Clinton, who became the nominee that year. Sanders endorsed Clinton, but only after the end of a drawn-out nomination fight and amid a bitter clash over the Democratic platform that extended to the summer convention.

Sanders did not immediately address Monday whether he would continue to fight for delegates at state conventions around the country or whether he’d simply use his newfound alliance with Biden to influence the nominee and the policy slate that he will present voters.

Appearing in a split-screen meet with Biden, Sanders said there's "no great secret out there that you and I have our differences.”

But he cited ongoing work between the two camps on several policy matters as a reason for the endorsement. And he said the biggest priority was defeating Trump.

“We’ve got to make Trump a one-term president,” Sanders said. “I will do all that I can to make that happen.”