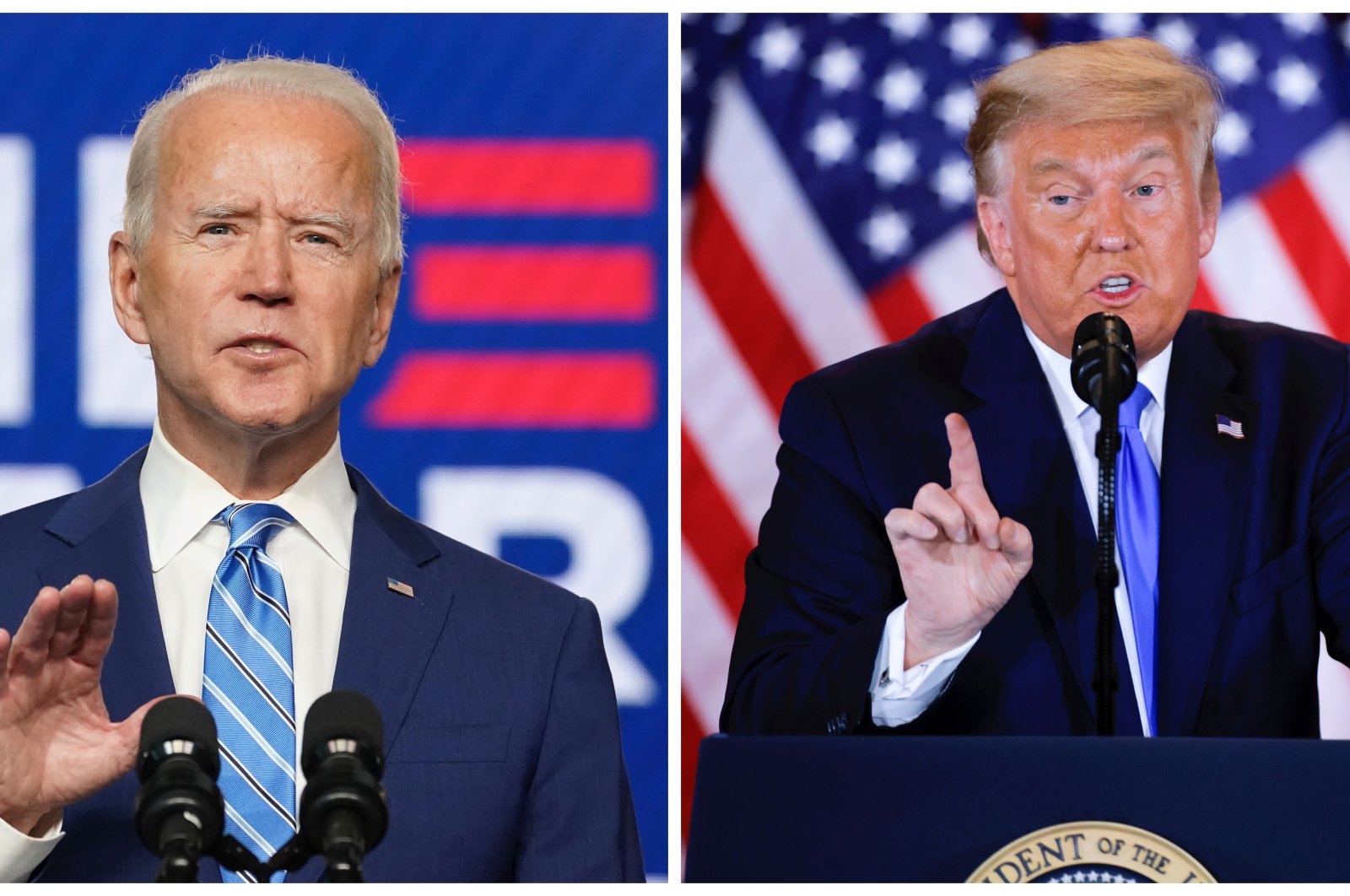 The knife-edge White House race tilted toward Democrat Joe Biden with wins in Michigan, Wisconsin bringing him close to a majority while President Donald Trump went to court to stop vote counting

U.S. Democrat Joe Biden was pushing closer to the 270 Electoral College votes needed to carry the White House, securing victories in the key battleground states of Wisconsin and Michigan, while U.S. President Donald Trump has launched legal challenges in several states and demanded a recount Wisconsin.

As vote counting stretched into Thursday, both men still had paths to winning the White House by hitting the magic majority threshold of 270 of the electoral votes awarded to whichever candidate wins the popular vote in a given state. By flipping the northern battlegrounds of Michigan and Wisconsin, and also winning formerly pro-Trump Arizona, Biden reached 264 electoral votes against 214 so far for Trump. To reach 270, Biden was hoping next to add the six electoral votes from Nevada, where he had a small and shrinking lead, or, even better, the larger prizes of hard-fought Georgia or Pennsylvania. In stark contrast to Trump's unprecedented rhetoric about being cheated, Biden sought to project calm, reaching out to a nation torn by four years of polarizing leadership and traumatized by the COVID-19 pandemic.

In every election, results reported on election night are unofficial, and ballot counting extends past Election Day. But this year, unlike in previous years, states were contending with an avalanche of mail-in ballots driven by fears of voting in person during a pandemic. Mail-in ballots normally take more time to verify and count. This year, because of the large numbers of such ballots and a close race, results were expected to take longer. The lawsuits the Trump campaign filed in Michigan, Pennsylvania and Georgia called for a temporary halt in the counting until it is given "meaningful" access in numerous locations and allowed to review ballots that already have been opened and processed. On Thursday, Trump's campaign mounted legal challenges, announcing a lawsuit in Nevada, alleging voter fraud. Trump's team also wanted a recount in Wisconsin.

Trump's lawsuits were quickly shut down in Michigan and Georgia, however. A Michigan judge tossed out the lawsuit brought by Trump's campaign in hopes of halting vote-counting. Michigan Court of Claims Judge Cynthia Stephens made the ruling during a court hearing on Thursday. She said she planned to issue a written ruling on Friday.

A judge in Georgia, meanwhile, denied the Trump campaign's petition regarding the election in the southern state, saying there was no evidence to back the claims. Trump had tried to force officials to secure ballots in a way that could have led to complications in the counting or even a halt. Judge James Bass said there was no sign officials mishandled any ballots, local television and newspapers reported.

However, CNN reported Thursday that Allegheny County, Pennsylvania would stop counting votes until Friday due to a court agreement over 29,000 disputed ballots, shortly after Trump had tweeted about a "big legal win" in the battleground state. Allegheny County is home to the city of Pittsburgh, and the majority of the votes in the county have gone to Biden.

Trump's campaign later Thursday said it had sued Philadelphia County's Board of Elections, seeking an emergency injunction barring it from counting ballots so long as Republican observers are not present as it said was required under Pennsylvania law. Trump's campaign said election officials are "intentionally refusing to allow any representatives and poll watchers for President Trump and the Republican Party." The lawsuit was filed with the federal court in Philadelphia.

Biden, meanwhile, said he has "no doubt" that he will be declared the winner of the election once all votes are counted, during brief remarks Thursday afternoon.

"We have no doubt when the count is finished, Senator Harris and I will be declared the winners," Biden said, referring to Kamala Harris, his running mate. "Democracy is sometimes messy and sometimes requires a little patience as well," he said. "We will know very soon."

Violent protests and clashes erupted across the United States, showing deep polarization and chaos in the country as dozens of angry supporters of President Donald Trump converged on vote-counting centers in Detroit and Phoenix, while thousands of anti-Trump protesters demanding a complete tally of the ballots in the still-undecided election took to the streets in many cities.

"Stop the count!" the Trump supporters chanted in Detroit as Trump sued Michigan for not providing "meaningful access" to counting locations and Democratic candidate Joe Biden won the crucial swing state. Democratic counter-protesters also showed up waving banners that read "count every vote," insisting every ballot in the state be tallied.

In Portland, Oregon, which has been a scene of regular protests for months, Gov. Kate Brown called out the National Guard as demonstrators engaged in what authorities said was widespread violence downtown, including smashing windows. Portland Police said it arrested at least 11 people in the demonstrations after declaring riots in the city's downtown area.

The protesters involved in Wednesday's clashes had earlier attended a 300-strong peaceful rally in a downtown park hosted by a coalition of anti-capitalist groups featuring lectures, music and slogans including "The Vote is Over. The Fight Goes On." Another group of protesters who had gathered by Portland's river Wednesday vowed to "protect the results" of Tuesday's close-run election and held banners also proclaiming "Count Every Vote." "We want Trump out of office, that's the main focus," one rally leader told the crowd, to loud cheers. Several of the demonstrators were openly carrying firearms, including rifles and one anti-racism and anti-imperialism banner showed an image of an assault rifle, with the slogan "We Don't Want Biden. We Want Revenge."

Demonstrations were also seen in a few other U.S. cities on Wednesday night as activists demanding that vote counts proceed unimpeded rallied in several cities, including Atlanta, New York and Oakland. The New York Police Department (NYPD) said it made about 50 arrests in protests that spread in the city late on Wednesday. In Washington, D.C., Protesters marched down the iconic thoroughfare where they demanded a complete count of votes, while other groups convened in Washington Square Park as police officers in riot gear stood by in force.

Heading into the Nov. 3 elections, the U.S. had seen months of protests following the death in May of George Floyd, an African American man who died after a Minneapolis police officer knelt on his neck for nearly nine minutes. The protests once again picked up momentum following the police shooting later in the year of an African American named Jacob Blake in Kenosha, Wisconsin, and more recently of 27-year-old Walter Wallace Jr. who was gunned down by two officers in Philadelphia.