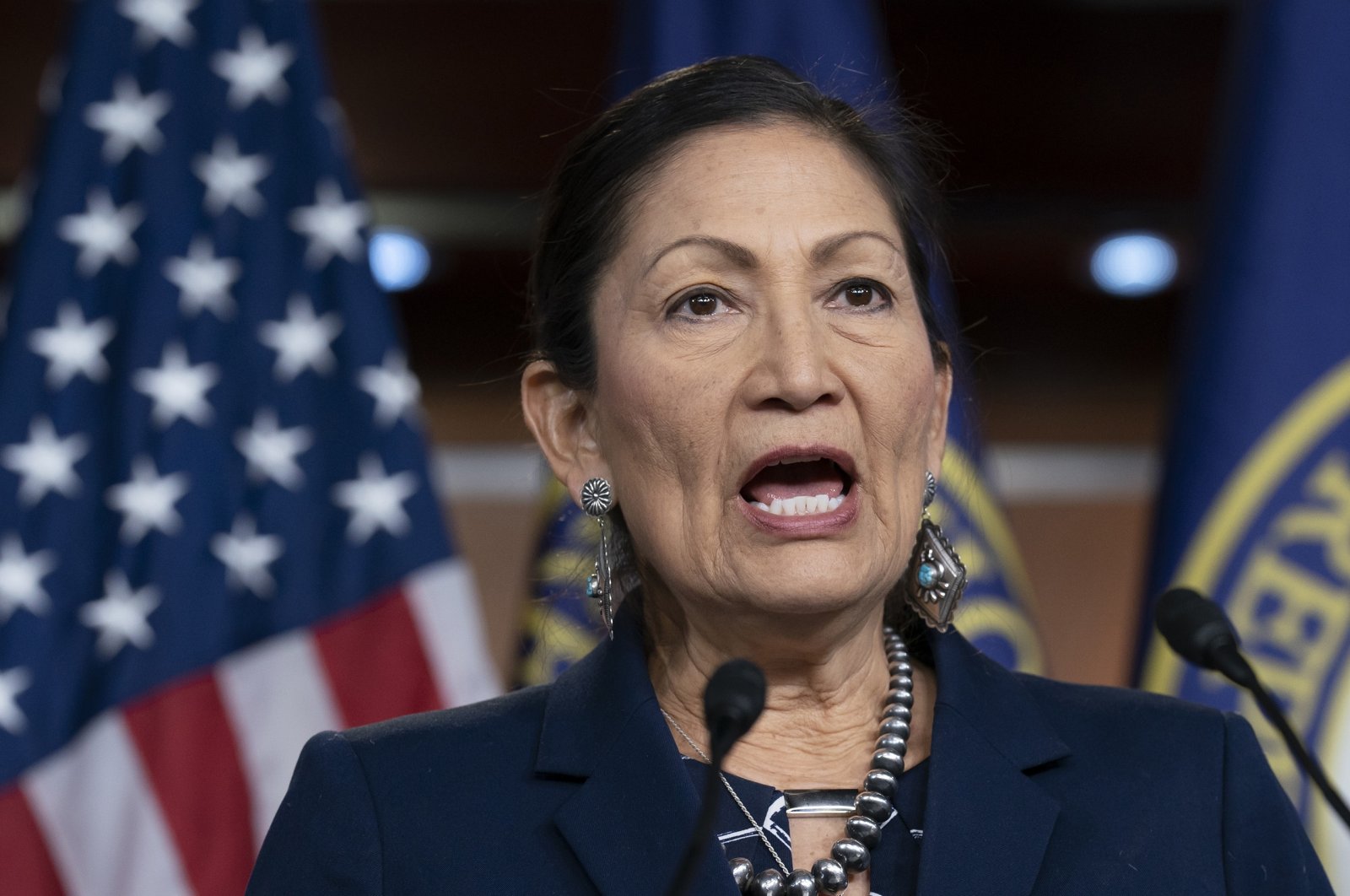 U.S. President-elect Joe Biden selected New Mexico Rep. Deb Haaland as his nominee for interior secretary on Thursday, a historic pick that would make her the first Native American to lead the powerful federal agency that has wielded influence over the nation’s tribes for generations.

Tribal leaders and activists around the country, along with many Democratic figures, cheered Haaland’s selection after urging Biden for weeks to choose her to lead the Department of Interior. They stood behind her candidacy even when concerns that Democrats might risk their majority in the House if Haaland yielded her seat in Congress appeared to threaten her nomination.

With Haaland’s nomination, indigenous people will for the first time in their lifetimes see a Native American at the table where the highest decisions are made – and so will everyone else, said OJ Semans, a Rosebud Sioux vote activist who was in Georgia on Thursday helping get out the Native vote for two Senate runoffs. “It’s made people aware that Indians still exist,” he said.

Haaland, 60, is a member of the Pueblo of Laguna and, as she likes to say, a 35th-generation resident of New Mexico. The role of the interior secretary would put her in charge of an agency that has tremendous sway not only over the nearly 600 federally recognized tribes but also over much of the nation’s vast public lands, waterways, wildlife, national parks and mineral wealth.

Haaland tweeted after the news was made public that “growing up in my mother’s Pueblo household made me fierce."

“I’ll be fierce for all of us, our planet, and all of our protected land,” she pledged.

Biden plans to introduce Haaland – and other picks for his Cabinet – at an event Saturday in Wilmington, Delaware.

Her selection breaks a 245-year record of non-Native officials, mostly male, serving as the top federal official over American Indian affairs. The federal government often worked to dispossess Native Americans of their land and, until recently, to assimilate them into white culture.

“You’ve got to understand – you’re taking Interior full circle,” said Arizona Rep. Raul Grijalva, chair of the House Natural Resources Committee and a champion of Haaland for the job. “For years, its legacy was the disenfranchisement of the Native people of this country, of displacement, of cultural genocide.”

With Haaland’s nomination, “that in itself is a huge message,” Grijalva said.

“I am SO ELATED,” the head of progressive Democrats’ Sunrise Movement, Varshini Prakash, tweeted. “This will be the first time an Indigenous person - and a badass climate champion woman at that - will hold any presidential cabinet position. Congratulations to @JoeBiden for making history.″

Get-out-the-vote activists believe their efforts, and the Native vote, helped flip Arizona in particular for Biden and secure the presidency.

“There’s a feeling something is changing,” said Ashley Nicole McCray, a member of the Absentee Kiowa tribe of Oklahoma and of an indigenous environmental coalition. “Finally, we’ve come to this point where indigenous sentiment is no longer being silenced.”

But Biden’s pick could further deplete, at least temporarily, the narrow majority Democrats maintain in the House. Biden has already selected several lawmakers from the chamber, including Louisiana Rep. Cedric Richmond and Ohio Rep. Marcia Fudge, to serve in his administration.

Some on Biden’s transition team had expressed concerns about dipping further into the already thinned Democratic House majority for another senior administration posting. But Biden decided that the barrier-breaking aspect of her nomination and her experience as vice chair of the House Committee on Natural Resources made her the right pick for the moment.

The president-elect has been methodically filling the posts in his Cabinet, adding North Carolina environmental official Michael Regan as his nominee to lead the Environmental Protection Agency (EPA). Biden introduced former South Bend, Indiana, Mayor Pete Buttigieg earlier this week as his transportation secretary and announced Thursday that former Michigan Gov. Jeniffer Granholm was his nominee for energy secretary.

In a statement Thursday night, Biden said he had assembled a “brilliant, tested, trailblazing team” that “will be ready on day one to confront the existential threat of climate change.”

“They share my belief that we have no time to waste to confront the climate crisis, protect our air and drinking water, and deliver justice to communities that have long shouldered the burdens of environmental harms,” the president-elect said.

House Speaker Nancy Pelosi made it clear Wednesday that Biden had her blessing to choose Haaland, saying she would make an “excellent choice” as interior secretary. South Carolina Rep. James Clyburn, the No. 3 Democrat in the House and a close Biden ally, also supported Haaland for the job.

Haaland is one of the first two Native American women in the House. She told The Associated Press (AP) before her nomination that her position in Congress made a difference to ordinary Native Americans who came to her with business before the federal government.

“They felt comfortable just launching into the issues they wanted,” Haaland told the AP in an interview before her appointment. They would say, for example, “Oh, we don’t have to explain tribal sovereignty to you,” meaning tribes’ constitutionally guaranteed status as independent nations.

Haaland previously worked as head of New Mexico’s Democratic Party, as tribal administrator and as an administrator for an organization providing services for adults with developmental disabilities.

Born to a Marine veteran father and a Navy veteran mother, Haaland describes herself as a single mother who sometimes had to rely on food stamps. She says she is still paying off student loans from college and law school and college for her daughter.

New Mexico Sen. Tom Udall, who is retiring after 22 years in Congress and was initially considered the front-runner for interior secretary, congratulated Haaland on her selection, calling it “momentous and well-earned.”

Previously, the highest-ranking administration official known to have Native American heritage was Charles Curtis, who served as Herbert Hoover’s vice president and whose mother was one-quarter Kaw tribe.