Biden says US will defend Taiwan against China in policy shift 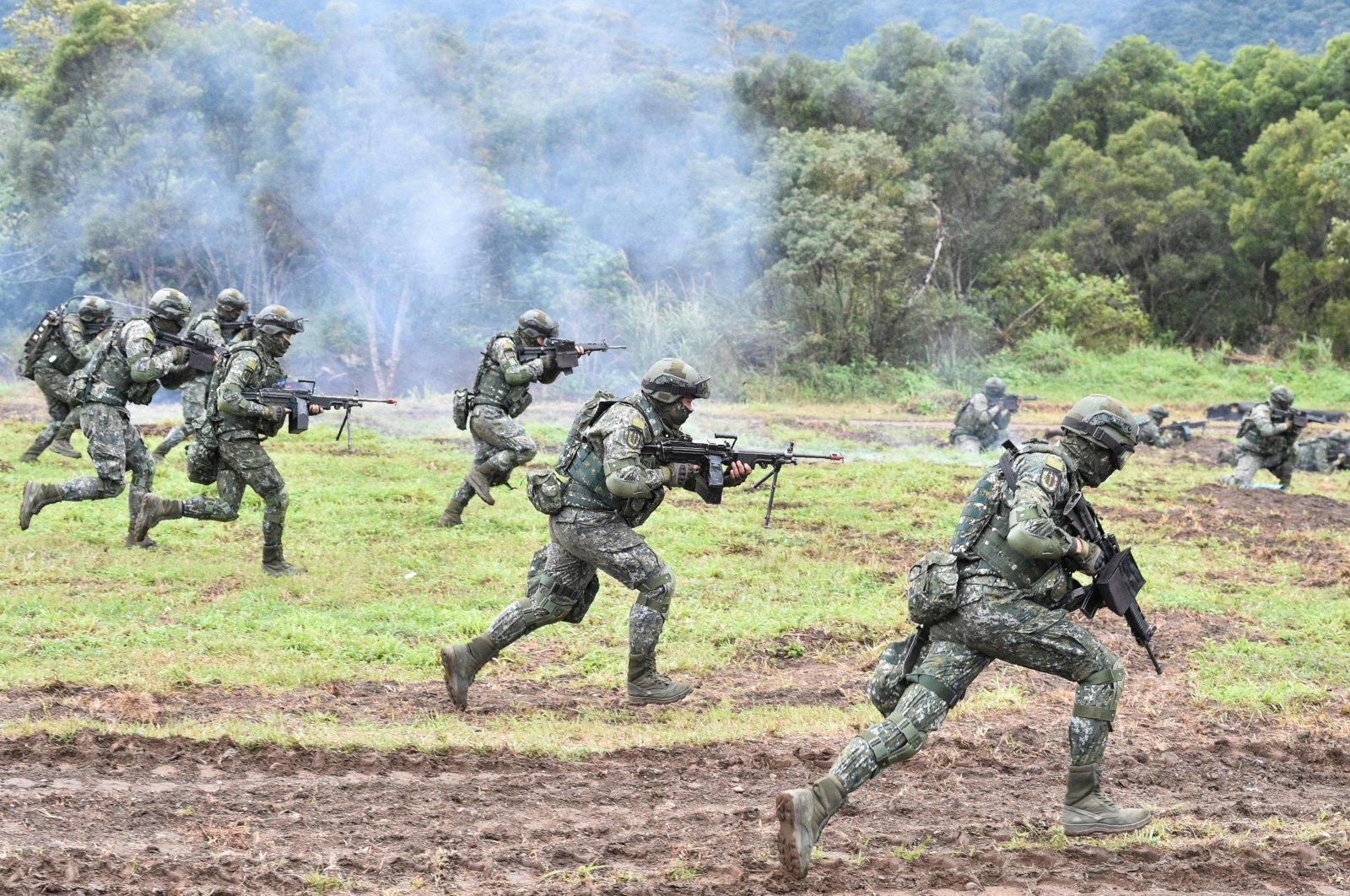 Taiwanese soldiers staging an attack during an annual drill at a military base in the eastern city of Hualien, Taiwan, Jan. 30, 2018. (AFP Photo)
by French Press Agency - AFP Oct 22, 2021 11:35 am
RECOMMENDED

The United States will defend Taiwan if China attacks it, President Joe Biden said, prompting a warning from Beijing on Friday that its determination to take back the democratic island should not be underestimated.

China regards self-ruled Taiwan as its own territory and has vowed to one day seize the island, by force if needed. Beijing's saber-rattling has ramped up in recent years, exacerbating fears that the island of 23 million people could become a major global flashpoint.

At a CNN town hall, Biden was asked whether the U.S. would come to Taiwan's defense if China invaded.

"Yes," he responded. "We have a commitment to that."

Biden's statement was at odds with the long-held US policy known as "strategic ambiguity," where Washington helps build Taiwan's defenses but does not explicitly promise to come to the island's help in the event of war.

The policy is designed to deter a Chinese invasion and also discourage Taiwan from formally declaring independence – something Beijing regards as a red line. Biden's comments were welcomed on Friday by Taiwan, which has pushed to bolster international alliances to protect itself from Beijing.

"The U.S. government has demonstrated, through actual actions, their rock solid support for Taiwan," Presidential Office spokesperson Xavier Chang said in a statement. But Beijing warned that Biden's comments risked "damaging Sino-U.S. relations," telling Washington on Friday to "act and speak cautiously on the Taiwan issue."

"China has no room for compromise on issues involving its core interests," foreign ministry spokesman Wang Wenbin said at a regular press briefing.

The US should not underestimate China's "staunch determination, firm will and strong ability" to defend against what it sees as threats to its sovereignty, Wang added. Biden made a similar pledge in August during an interview with ABC, insisting that the U.S. would always defend key allies, including Taiwan, despite the withdrawal from Afghanistan in the face of the victorious Taliban.

Biden said the U.S. made a "sacred commitment" to defend NATO allies in Europe and Canada, and it's the "same with Japan, same with South Korea, same with Taiwan." The White House subsequently told reporters on both occasions that U.S. policy on Taiwan "has not changed."

Richard McGregor, senior fellow for East Asia at the Lowy Institute, said the Biden administration had "firmly restated" its commitment to strategic ambiguity.

"I suspect Biden was not trying to announce any change. So it was either loose language, or perhaps a slightly harder tone, deliberately adopted because of the way Beijing has increased the tempo of its military harassment of Taiwan recently," he told Agence France-Presse (AFP).

China has ramped up economic, diplomatic and military pressure on Taiwan since the 2016 election of President Tsai Ing-wen, who views Taiwan as already sovereign and not part of "one China." Military pressure has escalated in the last year with China sending waves of fighter jets and nuclear-capable bombers into Taiwan's air defense zone.

According to an AFP tally, more than 800 flights have been made into the zone since September last year – 170 just this month. Defending Taiwan, one of Asia's most progressive democracies, has become a rare bipartisan issue in Washington's otherwise deeply polarized landscape.

At Thursday's live town hall, Biden was also asked by an audience member whether the U.S. would be able to keep up with China's rapid military development.

"Don't worry about whether ... they're going to be more powerful," he said. "China, Russia and the rest of the world knows we have the most powerful military in the history of the world."

But Biden expressed concern that rival countries may "engage in activities where they may make a serious mistake." He referred to his longtime relationship with Chinese President Xi Jinping and repeated his position that he does not want "to start a new Cold War with China."

But he warned: "I just want to make China understand that we are not going to step back." Biden's comments also come in the wake of a Financial Times report that China has tested a state-of-the-art hypersonic missile with nuclear capacity that flew around the planet before landing, albeit not on target.