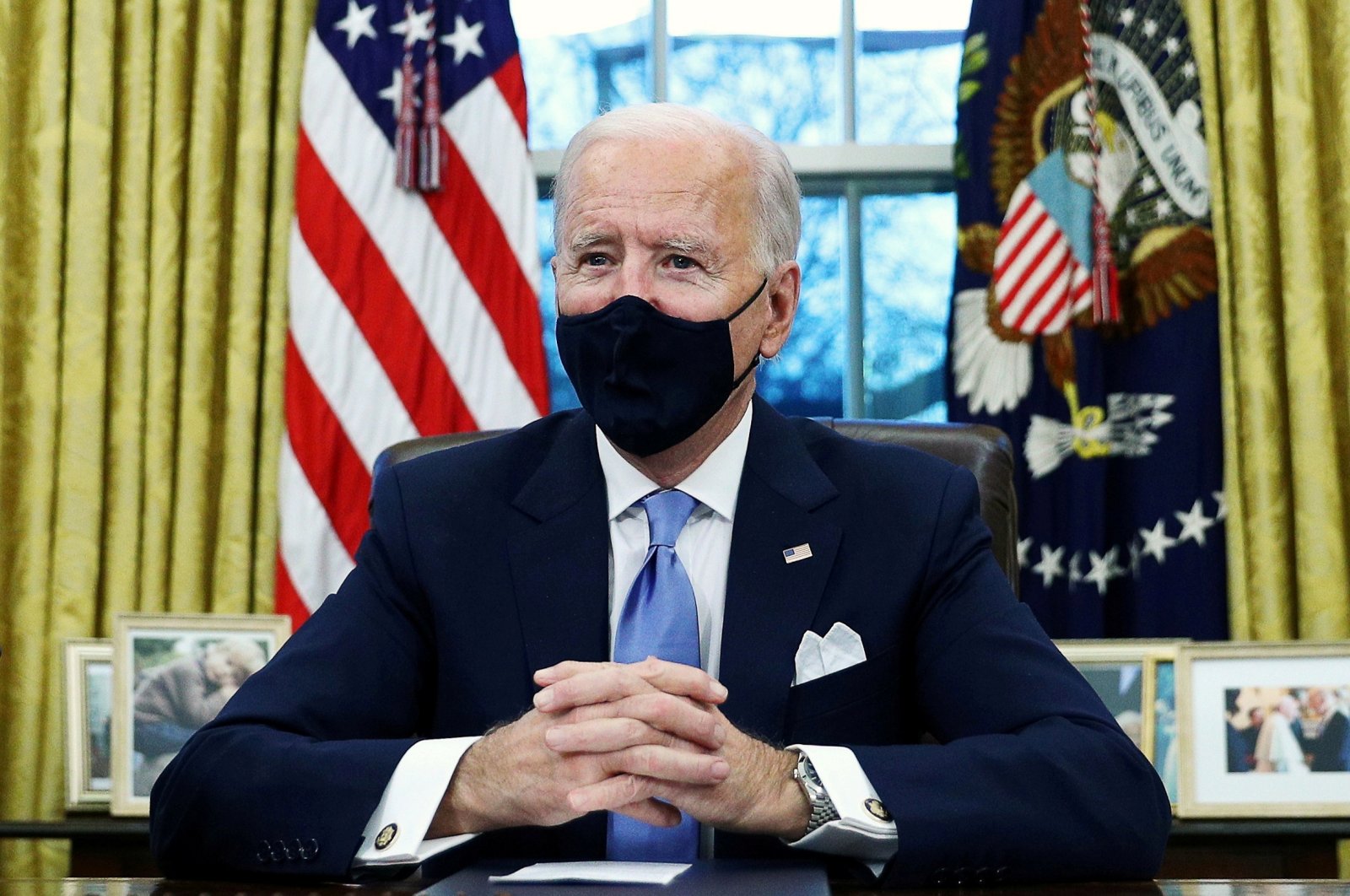 The U.S. welcomed its 46th president as Joe Biden took the oath of office at the Capitol on Wednesday, proclaiming that "democracy has prevailed” and calling on Americans to stand together to face the historic convergence of crises in a deeply divided country.

At the Capitol, with America's tradition of peaceful transfers of power never appearing more fragile, the ceremony unfolded within a circle of security forces evocative of a war zone and devoid of crowds because of the coronavirus pandemic. Instead, Biden gazed out on a cold Washington morning dotted with snow flurries to see over 200,000 American flags planted on the National Mall to symbolize those who could not attend in person.

History was made at his side, as Kamala Harris became the first woman to be vice president. The former U.S. senator from California is also the first black person and the first person of South Asian descent elected to the vice presidency and the highest-ranking woman ever to serve in the U.S. government. Biden never mentioned his predecessor, who defied tradition and left town ahead of the ceremony, but his speech was an implicit rebuke of former U.S. President Donald Trump.

Taking his place in the White House Oval Office, Biden plunged into a stack of executive actions that began to undo the heart of his polarizing predecessor's agenda on matters from the deadly pandemic and climate change to the so-called "Muslim ban," which was introduced by Trump in 2017. At the time, the former president cited attempted entries of "terrorists" or "public safety threats," in a move to prevent individuals from entering the U.S. from Muslim countries and then several other African nations.

Just hours after his inauguration, Biden inked 15 executive actions that his team earlier said aimed to “reverse the gravest damages of the Trump administration.” Biden ended his predecessor's travel ban on several Muslim-majority countries, saying that the U.S. "was built on a foundation of religious freedom and tolerance, a principle enshrined" in the country's Constitution.

"Our national security will be enhanced by revoking the executive order and proclamations," Biden said, ordering all American embassies and consulates to resume visa processing in a manner consistent with the move. The restrictions were "rooted in religious animus and xenophobia," White House spokesperson Jen Psaki told reporters at a press briefing.

The Council on American-Islamic Relations (CAIR) welcomed the move, calling it "an important first step toward undoing the anti-Muslim and anti-immigrant policies of the previous administration,” as Anadolu Agency (AA) reported.

"It is an important fulfillment of a campaign pledge to the Muslim community and its allies," said Nihad Awad, head of the nation's largest Muslim civil rights organization.

World leaders welcomed the new U.S. president into their ranks, noting that their most pressing problems, including the COVID-19 pandemic and climate change, require multilateral cooperation, an approach Biden's predecessor Trump ridiculed.

Many expressed hope Biden would right U.S. democracy two weeks after rioters stormed the Capitol, shaking the faith of those fighting for democracy in their own countries. Governments targeted and sanctioned under Trump embraced the chance for a fresh start with Biden, while some heads of state who lauded Trump’s blend of nationalism and populism were more restrained in their expectations. But the chance to repair frayed alliances and work together on global problems carried the day.

China, whose U.S. relations nosedived due to widespread frustration in Washington over its human rights record and accusations of technology theft, expressed hope about the change in the White House.

"I think after this very difficult and extraordinary time, both the Chinese and American people deserve a better future,” Foreign Ministry spokesperson Hua Chunying said at a daily briefing, according to remarks carried by The Associated Press (AP).

French President Emmanuel Macron and Tibetan spiritual leader, the Dalai Lama, were among those welcoming U.S. attention to climate change. After Trump withdrew the U.S. from the Paris climate accord, Biden reversed the move in the first hours of his presidency Wednesday. With Biden, "we will be stronger to face the challenges of our time. Stronger to build our future. Stronger to protect our planet," Macron wrote on Twitter. "Welcome back to the Paris Agreement!”

Other European allies saw a chance to come in out of the cold after strained relationships with the Trump administration.

"We have our differences and they will not magically disappear. America seems to have changed, and how it’s perceived in Europe and the rest of the world has also changed,” added Michel, whose open criticism of the Trump era contrasted with the silence that mostly reigned in Europe while the Republican leader was in the White House.

Israeli Prime Minister Benjamin Netanyahu, who formed close ties with Trump, noted a personal friendship with Biden and said he looked forward to working together to further strengthen the U.S.-Israel alliance.

Palestinian President Mahmoud Abbas, who has accused Trump of unfair bias toward Israel with policies like moving the U.S. embassy to Jerusalem, expressed hope for a more even-handed approach from Biden. He urged "a comprehensive and just peace process that fulfills the aspirations of the Palestinian people for freedom and independence.”

In Latin America, Biden faces immediate challenges on immigration, and the leaders of the two most populous countries – Brazil and Mexico – were chummy with Trump. The Trump administration also expanded painful sanctions against governments in Cuba, Venezuela and Nicaragua. In Venezuela, President Nicolas Maduro's government urged dialogue with the Biden administration, while hoping the new president abandons the avalanche of damaging sanctions Trump imposed to attempt a regime change. Some Venezuelans, however, like retired accountant Jesus Sanchez, 79, said he was disappointed to see Trump leave power.