Biden to sign executive orders on Day 1, amid high alert for inauguration 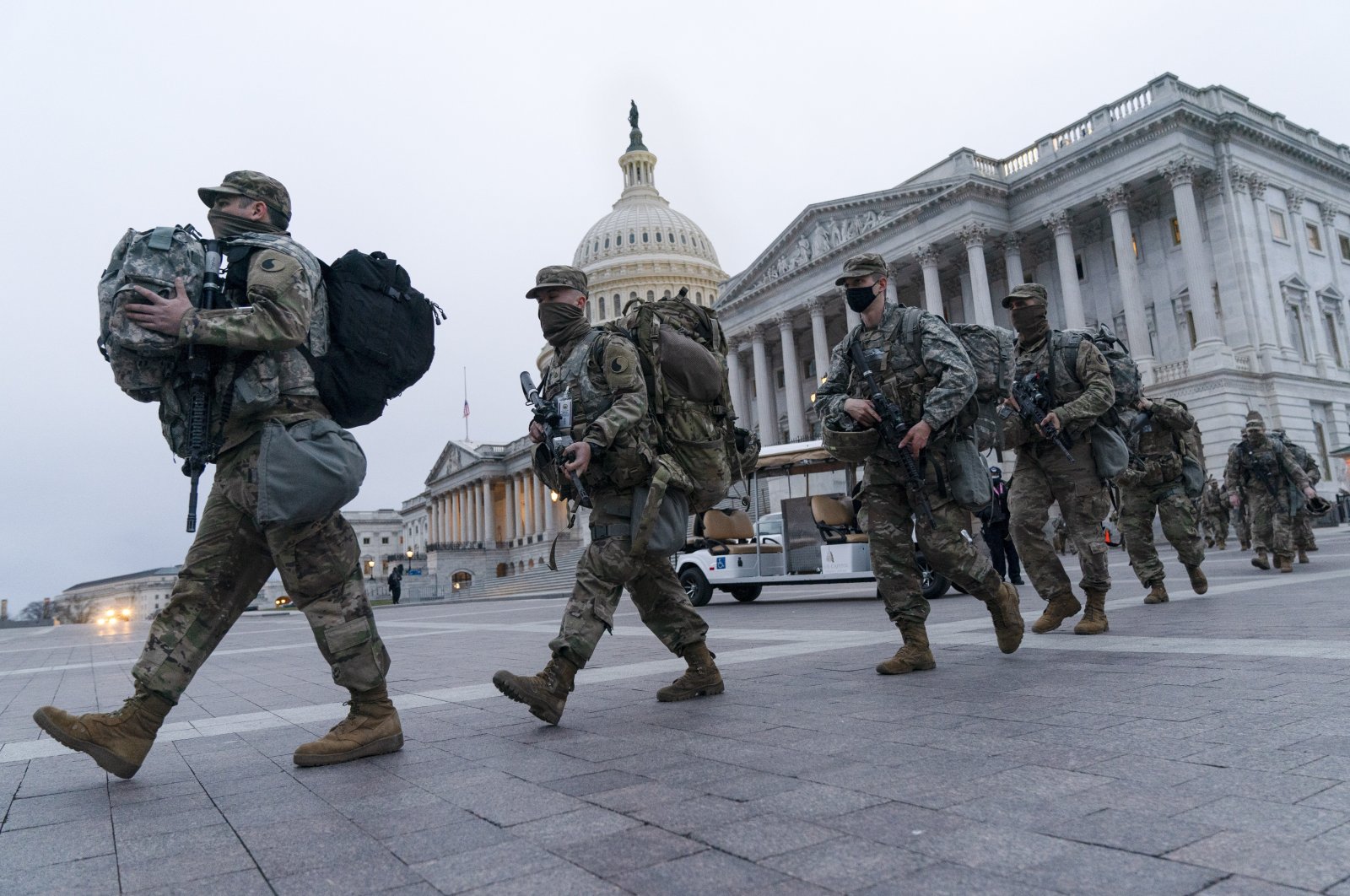 President-elect Joe Biden is expected to sign several executive orders, from economic measures to reversing his predecessor's controversial moves, as he inherits a heavy load on his first day at the White House. Ahead of the inauguration, security measures have been heightened amid the risk of clashes

Joe Biden's top aide said Saturday the incoming president would sign about a dozen executive orders on his first day in office, as police fearing violence from Donald Trump's supporters staged a nationwide security operation ahead of the inauguration.

Authorities in Washington, where Wednesday's inauguration will take place, said they arrested a man with a loaded handgun and more than 500 rounds of ammunition at a security checkpoint, underscoring the tension in the U.S. capital, which resembles a war zone.

However, the man said it was "an honest mistake" and that he was a private security guard who got lost on his way to work near the Capitol.

Incoming Biden Chief of Staff Ron Klain said in a memo to new White House senior staff that the executive orders would address the pandemic, the ailing U.S. economy, climate change and racial injustice in America.

"All of these crises demand urgent action," Klain said in the memo.

"In his first 10 days in office, President-elect Biden will take decisive action to address these four crises, prevent other urgent and irreversible harms and restore America's place in the world," Klain added.

As he inherits the White House from Trump, Biden's plate is overflowing with acute challenges.

The U.S. is fast approaching 400,000 dead from the COVID-19 crisis and logging well over a million new cases a week as the coronavirus spreads out of control.

The economy is ailing, with 10 million fewer jobs available compared with the start of the pandemic. And millions of Americans who back Trump refuse to recognize Biden as the legitimate president.

Biden this week unveiled plans to seek $1.9 trillion to revive the economy through new stimulus payments and other aid, and plans a blitz to accelerate America's stumbling COVID-19 vaccine rollout effort.

On Inauguration Day, Biden, as previously promised, will sign orders including ones for the U.S. to rejoin the Paris climate accord and reverse Trump's ban on entry of people from certain Muslim majority countries, Klain said.

"President-elect Biden will take action – not just to reverse the gravest damages of the Trump administration – but also to start moving our country forward," Klain said.

Meanwhile, Washington was under a state of high alert after a mob of Trump's supporters stormed the Capitol on Jan. 6. The assault left five people dead, including a police officer.

Security officials have warned that armed pro-Trump extremists, possibly carrying explosives, pose a threat to Washington as well as state capitals over the coming week.

Thousands of National Guard troops have been deployed in Washington, and streets have been blocked off downtown with concrete barriers.

On Friday night, police arrested a Virginia man at a security checkpoint where he tried to use an "unauthorized" credential to access the restricted area where Biden will be inaugurated.

As officers checked the credential, one noticed decals on the back of Wesley Beeler's pick-up truck that said "Assault Life," with an image of a rifle, and another with the message: "If they come for your guns, give 'em your bullets first," according to a document filed in Washington, D.C., Superior Court.

Under questioning, Beeler told officers he had a Glock handgun in the vehicle. A search uncovered a loaded handgun, more than 500 rounds of ammunition, shotgun shells and a magazine for the gun, the court document said.

"It was an honest mistake," Beeler told The Washington Post after being released from jail.

"I pulled up to a checkpoint after getting lost in D.C. because I'm a country boy," he said. "I showed them the inauguration badge that was given to me."

Beeler told the newspaper he works as a private security guard near the Capitol and presented a credential provided by his employer.

He said he was licensed to carry his gun in Virginia but forgot to take it out of his car before leaving home for his overnight shift in Washington.

Prosecutors did not object to Beeler's release from jail, the Washington Post said, though he was ordered to stay out of Washington except for court-related matters.

In addition to the heavy security presence in the U.S. capital, law enforcement was out in force at statehouses around the country to ward off potential political violence.

Mass protests that had been planned for the weekend did not materialize on Saturday, with security far outnumbering Trump supporters at several fortified capitols, U.S. media reported.

The number of protesters totaled about 50.