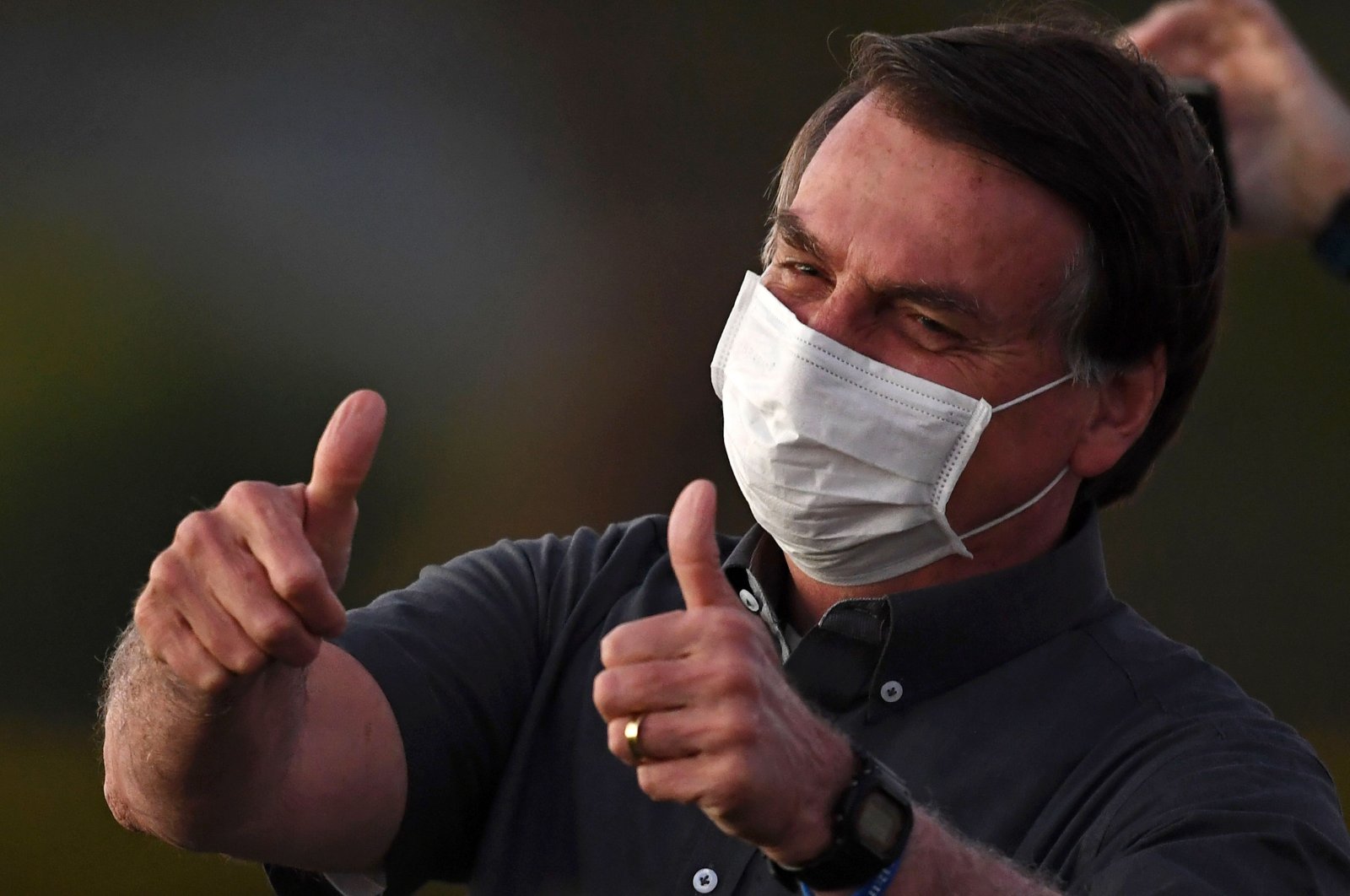 In this file picture taken on July 20, 2020 Brazilian President Jair Bolsonaro gives the thumbs up to supporters from the Alvorada Palace in Brasilia, amid the new coronavirus pandemic.(AFP Photo)
by French Press Agency - AFP Jul 25, 2020 6:34 pm
RECOMMENDED

Brazilian President Jair Bolsonaro announced on Saturday he has tested negative for the new coronavirus more than two weeks after being diagnosed on July 7, attributing his recovery to an unproven malaria drug.

"RT-PCR for Sars-Cov 2: negative. Good morning everyone," the 65-year-old hardliner tweeted, along with a photo of himself smiling and holding a packet of hydroxychloroquine, whose effectiveness against COVID-19 has not been demonstrated in clinical trials.

He did not say when he took the latest test.

The president, who has routinely downplayed the virus he calls a "little flu" but which is currently ravaging his country, spent nearly 20 days self-isolating at his official residence in the capital Brasilia, the Alvorada Palace.

During that time he underwent at least three more virus tests, all positive.

Three polls released this week showed the leader, dubbed a "Tropical Trump," would win re-election in 2022, despite his controversial handling of the virus crisis.

The pandemic has exploded in Brazil, the country with the most infections and deaths from COVID-19 anywhere in the world except the U.S.

The Latin American powerhouse has registered nearly 2.3 million cases of the new coronavirus and more than 84,000 deaths, and the numbers have continued to rise rapidly.

But Bolsonaro is a fierce critic of stay-at-home measures, arguing the economic pain they result in is worse than the virus itself.

The president has appeared to continue flouting virus precautions even after his diagnosis.

On Thursday he was seen going for a spin on his motorcycle and chatting maskless with a team of groundskeepers outside the presidential palace.

The same day he admitted in a live Facebook video that he was feeling "a bit wretched at being imprisoned here."

And he was spotted in the palace gardens feeding – and occasionally getting bitten by – rheas, a South American bird related to the emu.