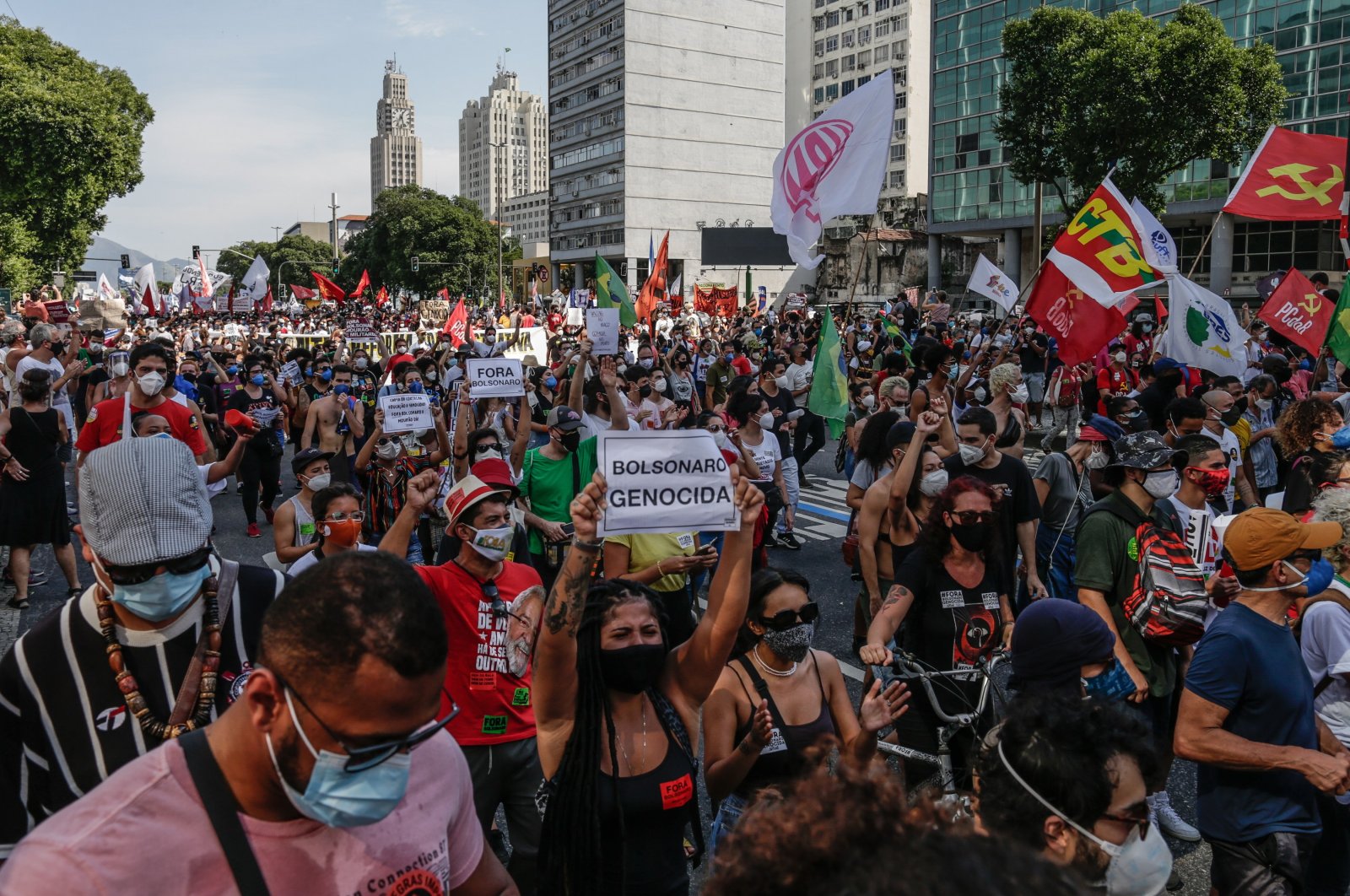 Protesters against Brazilian President Jair Bolsonaro wear face masks during a protest against his government in Rio de Janeiro, Brazil, May 29, 2021. (EPA Photo)
by German Press Agency - DPA
May 30, 2021 4:51 pm

Tens of thousands took to the streets of dozens of cities in Brazil Saturday to demonstrate against the COVID-19 policies of their President Jair Bolsonaro and his government.

In Rio de Janeiro, demonstrators marched from the statue of Zumbi de Palmares, a hero of the Afro-Brazilian human rights movement. In the afternoon, protesters in Sao Paulo filled the central avenue of Paulista. In Recife, the police used rubber bullets and tear gas against protesters, and a councilor was attacked with pepper spray.

Social movements had called for the protests. They were among the biggest against Bolsonaro since the beginning of the pandemic. Many protesters wore protective face masks.

There were no reliable figures on the number of participants. According to the broadcaster Globo, demonstrations were held in all 26 states and also in the capital district of Brasilia. BBC Brasil spoke of rallies in at least 180 cities, including Brazilians abroad.

The Brazilian president is currently seeing his worst approval ratings since he took office on Jan. 1, 2019.

In Brazil, with its 210 million inhabitants, over 460,000 deaths have been recorded since the beginning of the pandemic.

Bolsonaro played down the coronavirus from the start. He continues to reject protective measures.

Meanwhile, the right-wing populist also fails to see the point of vaccinations. A parliamentary committee of inquiry is looking into his coronavirus crisis management.