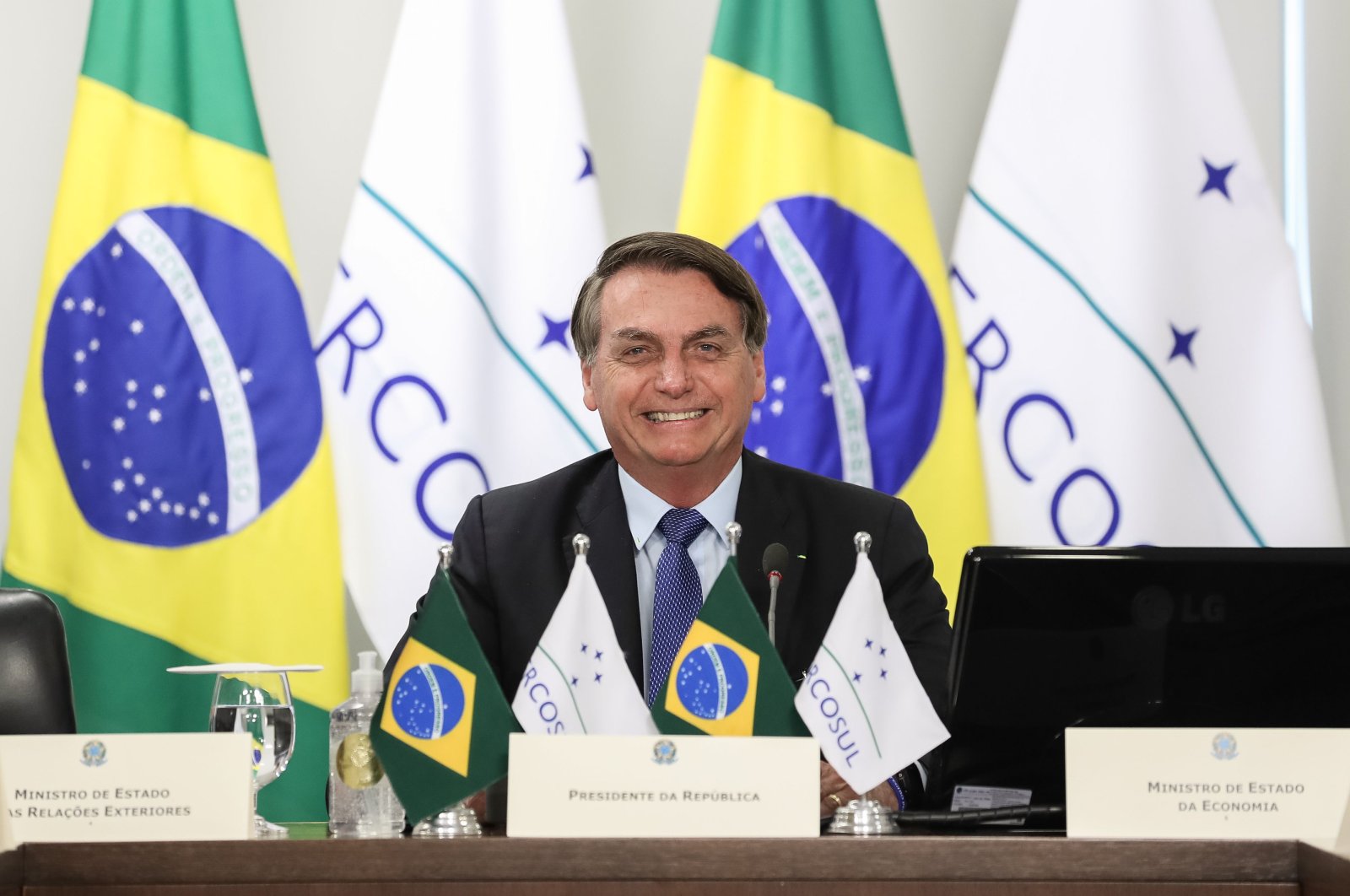 Brazilian President Jair Bolsonaro, who has long minimized the risks posed by the coronavirus, said Monday he had been tested after showing symptoms, including a fever.

Bolsonaro told CNN Brazil that he underwent an X-ray of his lungs at a military hospital as a precaution. He also said he was taking hydroxychloroquine as a preventive measure.

Local media said the 65-year-old president had cleared his schedule for the week.

"The president is in good health at the moment and is in his residence," his office said in a statement.

Since the beginning of the virus outbreak, Bolsonaro has minimized the risks of what he initially called "a little flu" and flouted social distancing rules and containment measures, such as wearing a mask in public.

Brazil is the second worst-hit country in the world by the pandemic, with more than 65,000 deaths and at least 1.6 million cases.

Bolsonaro had been tested three times previously, all came back negative.

On Monday, the far-right leader made more changes to weaken a law that would require citizens to wear face masks in public.

He had already watered down the bill Friday by vetoing several articles, such as requiring employers to supply face masks for their staff and another mandating that public authorities should provide face coverings for "economically vulnerable people."

Now Bolsonaro has also vetoed articles requiring masks to be worn in prisons and other obliging businesses to provide information on how to wear masks properly.

Some states have already made the wearing of face coverings mandatory, but this was the first such law on a national level.

On Saturday, Bolsonaro published photos on social media in which he is not wearing a face mask at a lunch with the U.S. ambassador and several ministers celebrating the U.S.' July 4 holiday.

Since he was in a private residence, he did not break the new law, but that did not spare him from an avalanche of criticism online for not setting a good example.