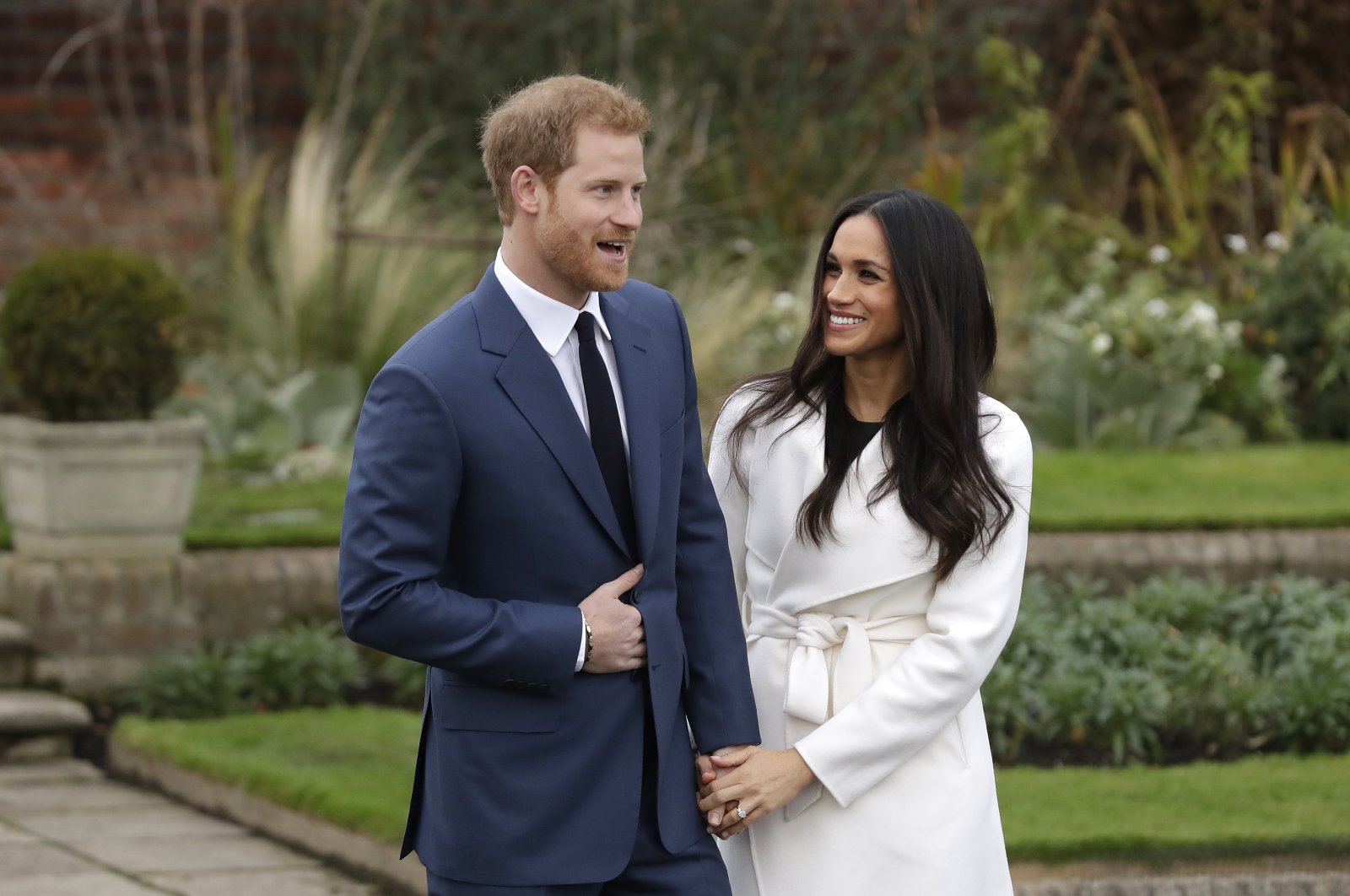 In this Monday, Nov. 27, 2017, file photo, Britain's Prince Harry and his fiancee Meghan Markle pose for photographers on the grounds of Kensington Palace in London, after announcing their engagement. (AP Photo)
by REUTERS Mar 29, 2020 11:10 pm
RECOMMENDED

U.S. President Donald Trump said Sunday that the United States would not pay for security protection for Britain's Prince Harry and his wife, Meghan, who, according to media reports, have settled in Los Angeles.

Trump wrote on Twitter that "now they have left Canada for the U.S. however, the U.S. will not pay for their security protection. They must pay!" In January, the couple said they would step away from their royal duties.

There is no indication that either Prince Harry or the British government has asked the U.S. government to cover security costs, which some media reports have said run to millions a year. The British Embassy in Washington did not immediately respond to a request for comment.

Britain's Sun newspaper reported last week the couple took a private flight to Los Angeles but did not say when. Earlier this month, the United States and Canada agreed to close their border to non-essential travel at land crossings to ease the strain on health systems caused by the coronavirus.

The couple had been living for several months with their son, Archie, on Vancouver Island in Canada.

Meghan Markle was raised in the Los Angeles area and her mother, Doria, still lives there. Walt Disney Co. said last week that Meghan, the Duchess of Sussex, had narrated a nature documentary that will be released on its Disney+ streaming platform on Friday.

Last month, Canada said it would no longer provide security once the couple was no longer working members of the British royal family.

The Royal Canadian Mounted Police had been assisting London’s Metropolitan Police with security for the Duke and Duchess of Sussex "intermittently" since November, when the couple began a six-week vacation in Canada, Reuters reported in February.

The couple stunned the royal family in early January with an announcement they would be stepping down from their roles as senior royals, in order to gain freedom from the intense media scrutiny that has followed them for several years.