California gunman who killed 4 was not acting randomly, police says 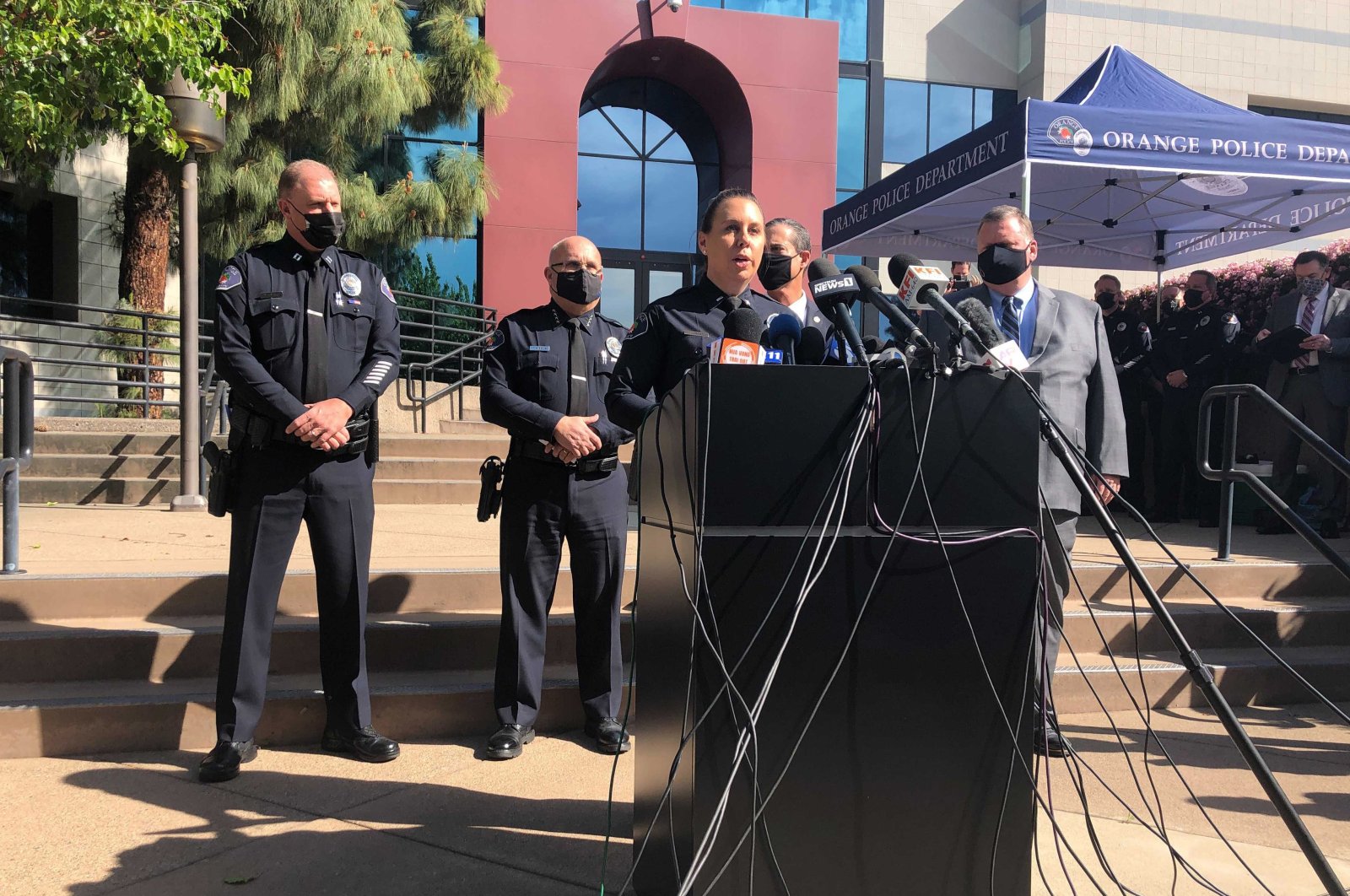 Orange county police stated Friday that they believed the gunman in Wednesday's shooting in Southern California that left four people dead, including a 9-year-old boy, was not acting randomly, knew all the victims and his motive may have involved personal or business relationships.

"This was not a random act of violence,” Lt. Jennifer Amat said Thursday of the attack at a two-story building that housed small businesses in Orange, southeast of Los Angeles.

Aminadab Gaxiola Gonzalez, 44, was identified as the suspected shooter. He was in critical but stable condition. It wasn't clear whether he was wounded by police or shot himself, Amat said.

Gonzalez, from nearby Fullerton, was staying at a motel in the neighboring city of Anaheim and used a rented car to arrive at the office building on Lincoln Avenue.

He chained the front and rear gates to the complex with bicycle cable locks and was spotted on security video wearing a bandana over his face, brandishing a semiautomatic handgun and hauling a backpack that contained pepper spray, handcuffs and ammunition, police said.

He targeted Unified Homes, a mobile home brokerage business, authorities said. The dead included a 9-year-old boy who was found cradled in the arms of a wounded woman, who was in critical but stable condition.

A family member identified one victim as Luis Tovar, 50, who owned Unified Homes. "Our world is shattered,” 28-year-old Vania Tovar, one of Tovar’s five children, told The Orange County Register.

Thalia Tovar, another one of his children, said on a GoFundMe page that her sister Genevieve Raygoza was also killed. She said Leticia Solis and Matthew Farias, a young boy, were also among the victims.

Posts on the same GoFundMe page identified Farias' mother, Blanca Tamayo, as the attack's wounded survivor. Orange County coroner officials would not immediately confirm the identities of the victims, said Carrie Braun, a spokesperson for the county sheriff's department.

Reports of shots fired in the city of Orange sent officers to the scene within two minutes, and they exchanged gunfire with the shooter through a gate before the locks were cut, Amat said.

A man was found dead inside an office, a woman in another office and a second woman was found on an outdoor landing upstairs.

"It appears that a little boy died in his mother’s arms as she was trying to save him during this horrific massacre,” Orange County District Attorney Todd Spitzer said.

The preliminary motive is believed to be related to a business and personal relationship between the suspect and the victims, Amat said. She said the precise relationships were still being determined.

The violence was the nation’s third major mass shooting in just over two weeks. Last week a gunman opened fire at a supermarket in Boulder, Colorado, and killed 10. A week before that, six Asian women were among eight people killed at three Atlanta-area spas.

Scott Clark, who is the owner of Calco Financial that is two doors down from Unified Homes, said he has seen about 10 people working inside Unified Homes but doesn’t know them well.

He said he has chatted with Luis Tovar, sometimes inviting him inside his own office to take a break, and described him as hard-working. "He’s there day and night,” Clark said.

Clark left his office on Wednesday around 4:45 p.m., earlier than usual. "I must have had an angel from God watching out for me to make me leave an hour before I usually do,” he said.

Gonzalez was charged in 2015 in Orange County with cruelty to a child and other counts. He pleaded guilty to misdemeanor battery and served one day in jail.

All other counts were dismissed, and the conviction was expunged in 2017, said Lauren Gold, spokeswoman for the city of Anaheim.