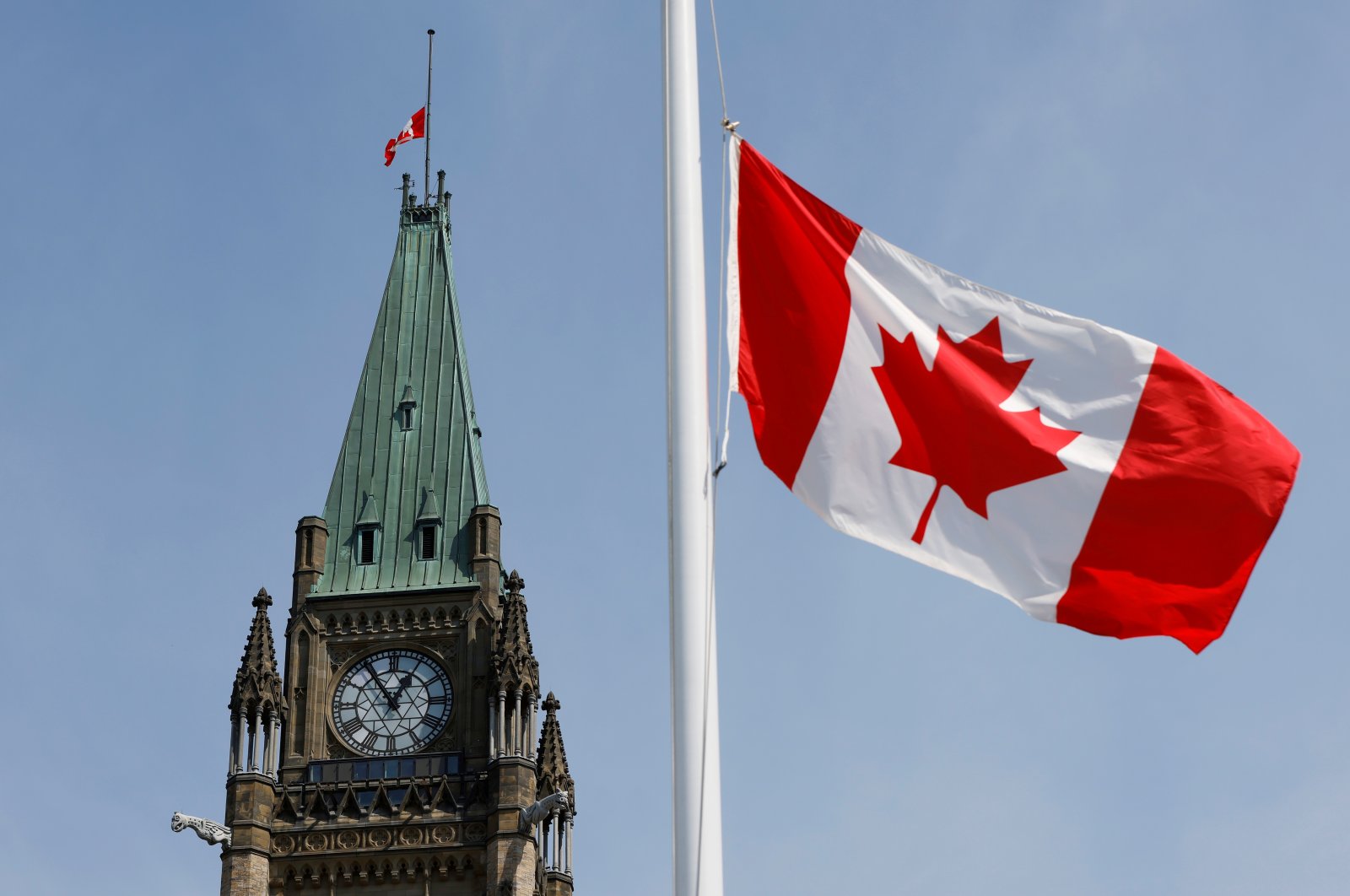 A Canadian member of Parliament issued an apology after appearing completely naked on a parliament Zoom call.

William Amos, a Liberal deputy, was caught covering his nether regions with a mobile phone and in a state of nature between the flags of Quebec and Canada when his laptop camera turned on during the virtual session.

"I made a really unfortunate mistake today & obviously I'm embarrassed by it," the 46-year-old tweeted late Wednesday after the incident in his office was made public.

"My camera was accidentally left on as I changed into work clothes after going for a jog. I sincerely apologize to all my colleagues in the House. It was an honest mistake + it won't happen again."

The Quebec deputy did not address the virtual session, which was in the questioning period at the time, but he would have been in breach of the House of Commons guidebook if he had chosen to do so while in a state of undress.

I made a really unfortunate mistake today & obviously I’m embarrassed by it. My camera was accidentally left on as I changed into work clothes after going for a jog. I sincerely apologize to all my colleagues in the House. It was an honest mistake + it won’t happen again.

Under the section "Rules of Order and Decorum," no dress code is required to sit in on a debate, but male speakers "must be wearing contemporary business attire" such as jackets, shirts and ties.

His mishap was only shown on an internal House of Commons feed, leaving the Canadian public initially unaware that one of their representatives had turned up in his birthday suit.

Prime Minister Justin Trudeau, who leads Amos' Liberal party, is yet to comment on the incident.

But opposition party whip Claude DeBellefeuille raised the accidental flash in the cam as a point of order, reminding lawmakers they must cover themselves at all times.

"It may be necessary to remind the members, especially the male ones, that a tie and jacket are obligatory, but so are a shirt, boxer shorts or pants," she said in French, according to the Canadian Press.

"We have seen that the member is in great physical shape, but I think members should be reminded to be careful and control the camera well."