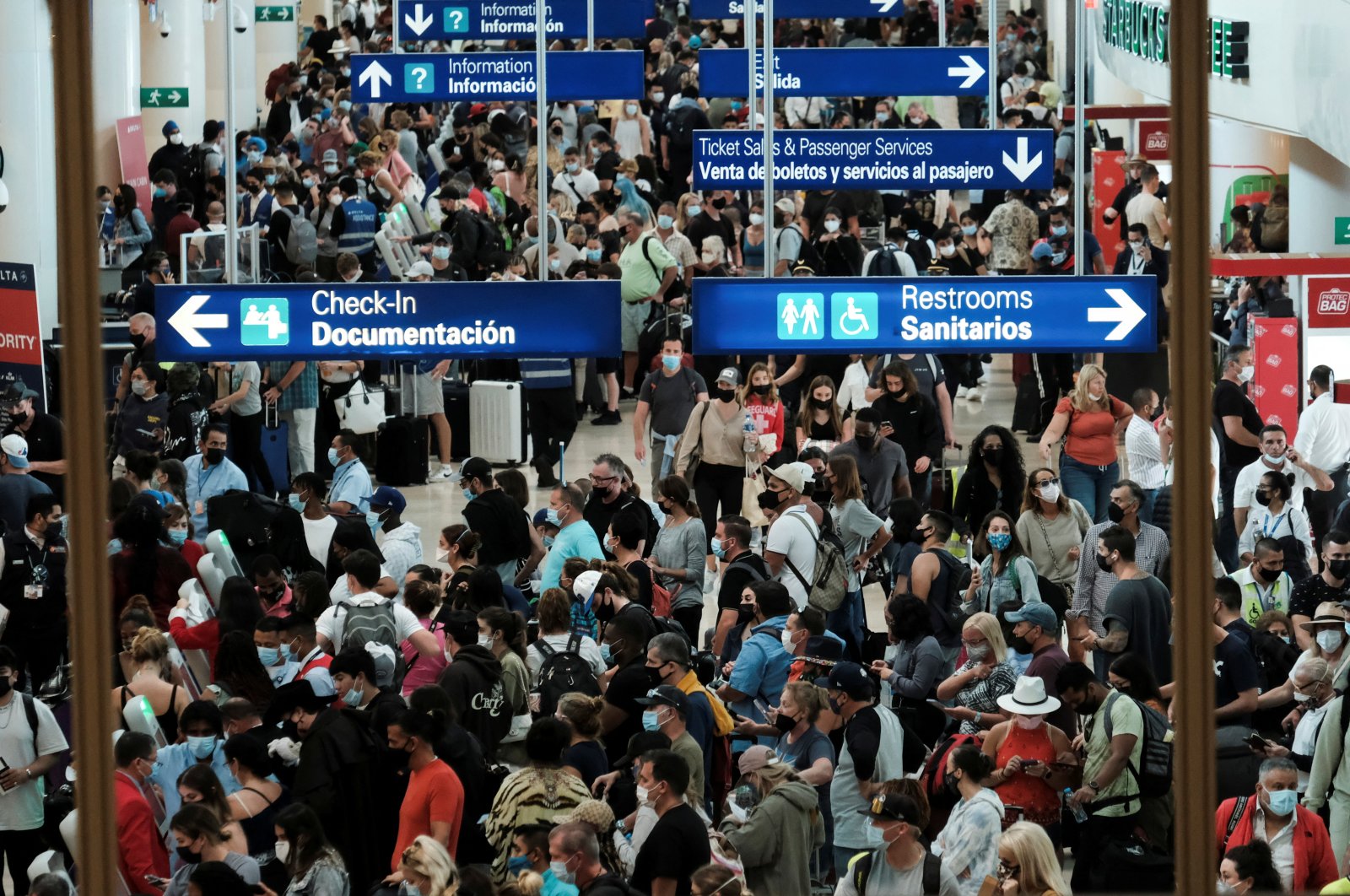 Passengers who filmed themselves partying without masks aboard a chartered flight from Montreal to Mexico were stranded after three airlines refused to fly them home to Canada.

Sunwing Airlines canceled the return charter flight from Cancun that had been scheduled for Wednesday and Air Transat and Air Canada both said they will refuse to carry the passengers.

Videos of the Dec. 30 flight shared on social media show passengers without protective masks in close proximity while singing and dancing in the aisle and on seats. In one video, a large bottle of vodka appears to be passed among passengers and a woman appears to be smoking an electronic cigarette.

Air Transat said on Twitter that the “disruptive passengers” from the Sunwing flight had been trying to return home on its flights, but denied boarding based on the company’s obligation to ensure passenger and crew safety.

Air Canada issued a statement Wednesday that “to the extent that we can identify the passengers who were part of the group, Air Canada is denying boarding to ensure the safety of other passengers and its crew.”

Among those looking for a way back home is Rebecca St-Pierre, a 19-year-old student from Trois-Rivieres, Quebec, who feels abandoned and doesn't know how she’ll pay for her hotel room as her stay has been extended indefinitely.

She said she tested positive for COVID-19 on Wednesday and was in isolation in Tulum, south of Cancun. She estimated that about 30 others on the flight have tested positive.

“The organizer just left everybody. I don’t know who’s still here. All the flights have been canceled,” an emotional St-Pierre told The Canadian Press.

St-Pierre said she won the free trip in a contest on Instagram and had never previously heard of the organizer, who identified himself on social media as James William Awad. "I was expecting a relaxing week, where I was going to be careful," she said. "But this turns out to be an expensive trip for something that was supposed to be free."

St-Pierre acknowledged that the videos give an accurate picture of what went on during the five-hour flight to Cancun.

St-Pierre said that ahead of the scheduled return trip, some people were putting Vaseline up their noses in an attempt to thwart COVID-19 testing.

Awad wrote on Twitter Wednesday that a “simple party” on a plane was behind the controversy. “I will take a moment to sit down and rethink everything,″ he said. ``Especially how I can do things better next time.”

Awad, who operates 111 Private Club, organized the trip including a group of social media “influencers” and reality TV stars, such as Karl Sabourin from the popular Quebec show “Occupation Double” and Sandrine Seguin and Anna-Maelle Laprise, who both appeared on the province’s version of “Love Island.”

The statement said passengers who violated Transport Department regulations could face fines of up to CA$5,000 per infraction ($3,930).

Trudeau called the passengers’ conduct irresponsible and a "slap in the face" to everyone who has been following public health restrictions. In French, he referred to the passengers as “idiots” and “barbarians.”