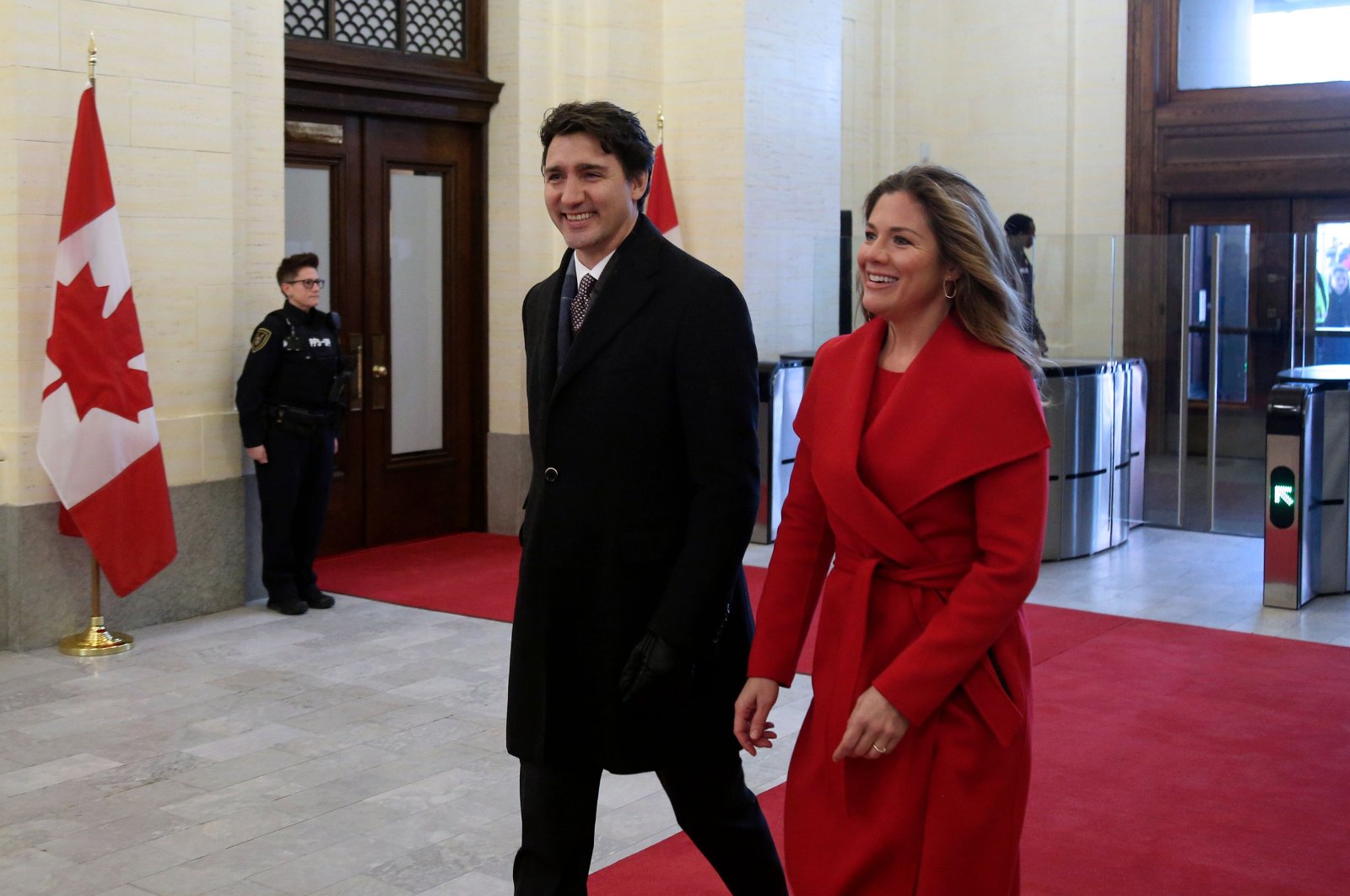 Canada's leader and his 44-year-old wife announced Thursday they were self-isolating while she was tested for coronavirus after a public event.

"Sophie Gregoire-Trudeau was tested for COVID-19 today. The test came back positive," the prime minister's office said in a statement, adding she would remain in isolation and that her symptoms were mild.

"The prime minister is in good health with no symptoms," the statement said, noting he would also be in isolation for two weeks and – on the advice of his doctors – will not be tested for the virus.

This follows several provinces in Canada – which so far have reported nearly 150 cases in six states and one death – unveiling stricter measures to combat the spread of the virus. Precautions also include the cancelation of sporting events and entertainment galas across the country.

The prime minister will continue his duties, his office said, and will address the country Saturday.

Trudeau, 48, held several meetings over the phone Thursday, including with the special cabinet committee on COVID-19, his office said. He also spoke with the leaders of Italy, the U.S. and Britain.

On Friday he will talk with indigenous leaders, as well as provincial and territorial premiers to coordinate Canada's response to the virus, and "limit the economic impact on the country."

After experiencing some mild symptoms following her return from the U.K., according to an earlier statement, Gregoire-Trudeau immediately sought medical advice and testing.

"Although I'm experiencing uncomfortable symptoms of the virus, I will be back on my feet soon," she said in a message via the prime minister's office.

"Being in quarantine at home is nothing compared to other Canadian families who might be going through this and for those facing more serious health concerns."

Since the novel coronavirus first emerged in late December 2019, more than 130,000 cases have been recorded in 116 countries and territories, killing at least 4,900 people, according to an Agence France-Presse (AFP) tally.

Most of Canada's cases have been traced to China, Iran, Italy or Egypt, but seven people who recently returned from the U.S. also tested positive, public health authorities said.

In Parliament, Health Minister Patty Hajdu urged Canadians to "reconsider going to areas where there are a large number of people, which might include places like churches, community centers, concerts and various sporting events."

Quebec's Premier Francois Legault unveiled the strongest emergency measures yet in Canada, asking all travelers returning from overseas trips or anyone exhibiting flu-like symptoms to self-isolate for two weeks.

A ban on indoor gatherings of more than 250 people was also announced, with Montreal's Saint Patrick's Day parade, held since 1824, postponed.

Alberta and British Columbia announced bans on large gatherings too.

Quebec, which has 13 confirmed cases of the virus, is also considering placing the entire island of Montreal, with a population of nearly 2 million, under quarantine.

In neighboring Ontario, public health officials announced the public schools would be shut until April 5.

The Academy of Canadian Cinema and Television canceled this year's Canadian Screen Awards scheduled to air on March 29 and the country's Juno music awards, planned for Sunday, were also scrapped.