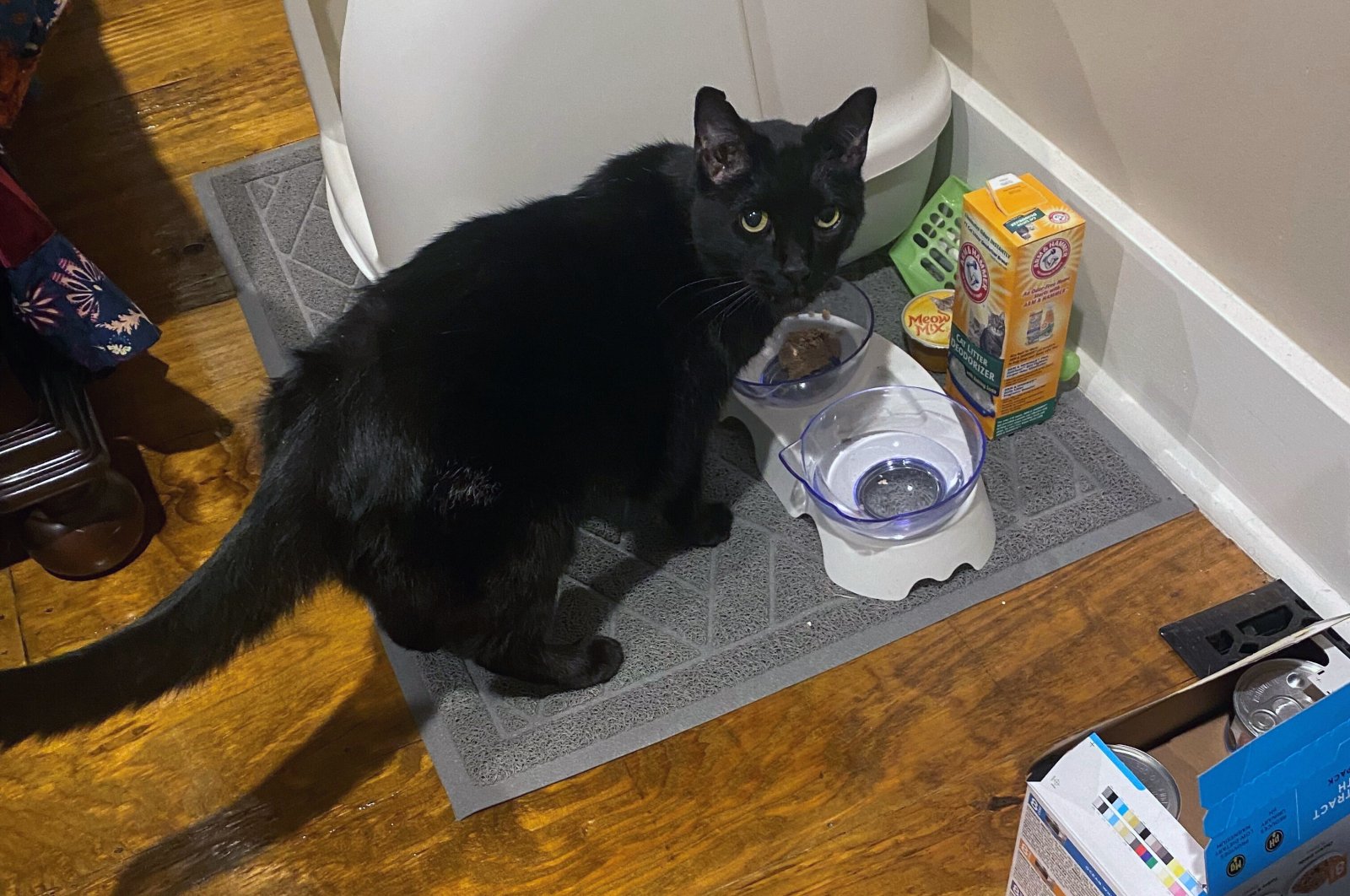 This photo provided by Sonny "Hoot" Gibson on Sunday, Dec. 19, 2021 shows Madix the cat, who was found in the rubble of Gibson's Mayfield, Ky. office building nine days after a tornado devastated much of the town. (Sonny "Hoot" Gibson via AP)
by ASSOCIATED PRESS Dec 23, 2021 4:54 pm
RECOMMENDED

A recent survival story from the U.S. state of Kentucky once again proved that cats indeed have nine lives, or at least a very high sense of survival even in the toughest conditions.

Nine days after a tornado demolished his three-story office building in downtown Mayfield, Sonny "Hoot” Gibson was standing in the rubble when he thought he heard a faint meow.

It instantly gave him hope that his office cat, Madix, who hadn't been seen since before the storms hit, was alive. Gibson said he had tried to find the solid black cat with yellow eyes that liked to greet customers of his rental business, but had given up after a few days.

"I don't know how anything could’ve survived not just the tornado but the destruction that came along with it,” he said.

Gibson was standing in the rubble Sunday afternoon when he heard the faint noise.

"I thought I heard a meow, and I thought my mind’s playing tricks on me so I hollered his name out, and he meowed again,” Gibson said.

The noise was stifled and he couldn't locate Madix immediately so he called some employees who came to help search. Soon after, they found the cat in a hole beneath the rubble.

"It was just an incredible feeling to put him in my arms," Gibson said. "If cats actually have nine lives, he probably used up about eight of them in that nine-day period.”

Other than being very hungry and thirsty, Madix was unscathed. Gibson said he took Madix home, where he will live out the rest of his days as a house cat.

Gibson said the story of Madix the survivor is becoming popular around the town of Mayfield, where a long-track tornado demolished huge parts of the community.

"It’s a blessing for people to hear the story so they can take that and realize that great things can come out of terrible situations. If it's uplifting to one person, then Madix has served his purpose on this planet.”