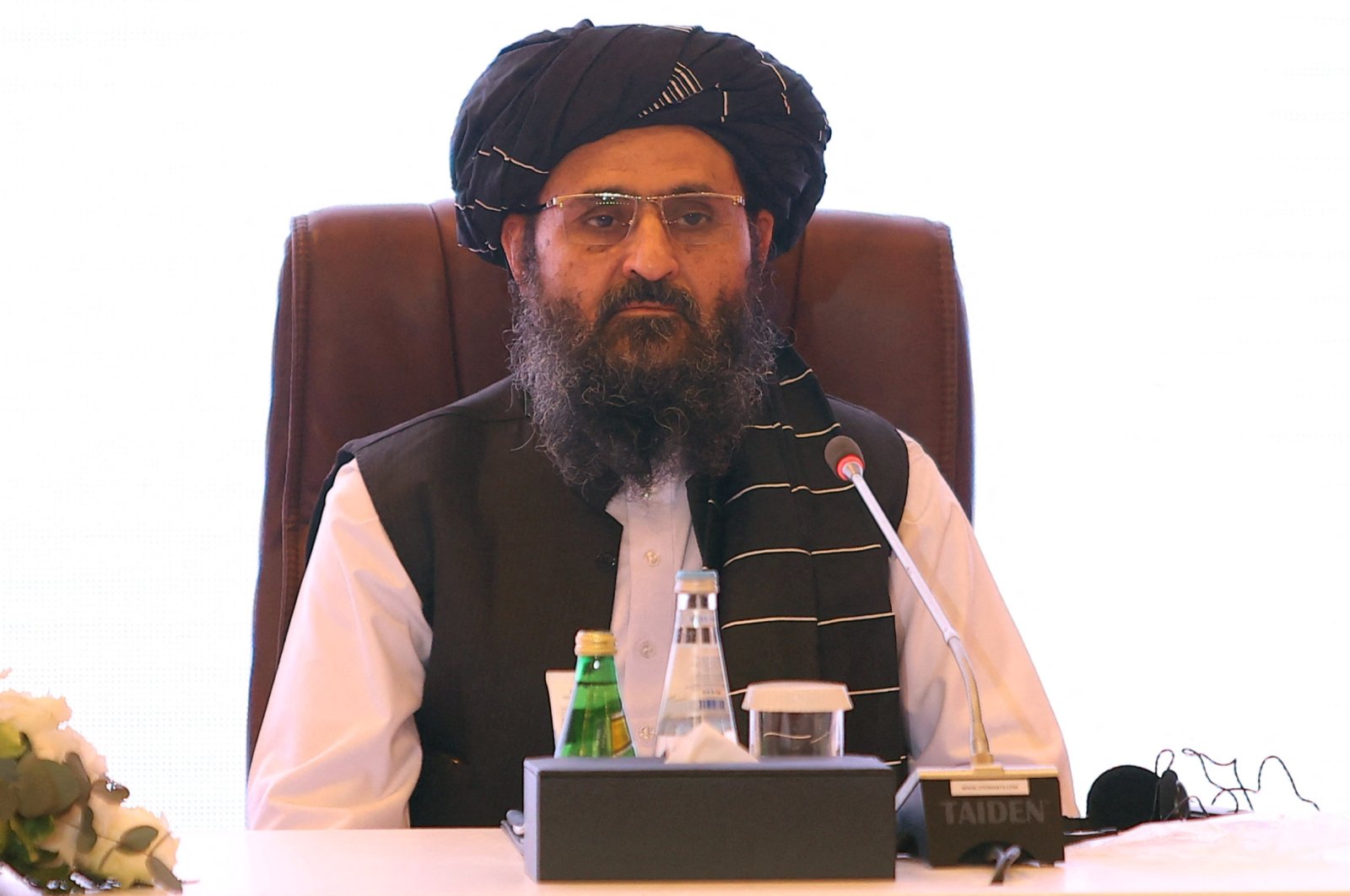 The leader of the Taliban negotiating team, Mullah Abdul Ghani Baradar, attends the final declaration of the peace talks between the Afghan government and the Taliban presented in Qatar's capital Doha, July 18, 2021. (AFP Photo)
by REUTERS Aug 24, 2021 1:23 pm
RECOMMENDED

The director of the U.S. Central Intelligence Agency (CIA) met with the Taliban's top political leader in Kabul amid an ongoing effort to evacuate people fleeing the takeover of Afghanistan, a U.S. official said Tuesday.

William Burns' visit Monday came ahead of a planned meeting between leaders from the G-7 nations about the crisis in Afghanistan and a warning from U.N. human rights chief of credible reports of “summary executions” and restrictions on women in areas under Taliban control. This is fueling fears over what their rule might hold a week before U.S. forces are set to withdraw.

The United Nations High Commissioner for Human Rights Michelle Bachelet urged the Human Rights Council to take “bold and vigorous action” to monitor the rights situation in Afghanistan in the wake of the Taliban's stunning takeover, as she sought to ensure that international attention on the country doesn’t wane.

Taliban leaders have promised to restore security and tried to project an image of moderation, but many Afghans are skeptical and are racing to leave the country, leading to chaos at the Kabul Hamid Karzai International Airport. Amid scattered reports, it has been difficult to determine how widespread abuses might be and whether they reflect what Taliban leaders are saying, or if fighters on the ground are taking matters into their own hands.

Burns traveled to Kabul on Monday to meet Abdul Ghani Baradar. The details of their discussions were not immediately known.

The Washington Post first reported Burns’ meeting with Baradar. The U.S. official confirmed the report on the condition of anonymity because they were not authorized to speak publicly.

The U.S. military pulled off its biggest day of evacuation flights out of Afghanistan by far on Monday, but the deadly violence that has blocked many desperate evacuees from entering the Kabul airport persisted. The Taliban signaled they might soon seek to shut down the airlifts as the G-7 leaders were due to meet on Tuesday at an emergency summit over the deadline to complete evacuations from the country by Aug. 31.

U.S. President Joe Biden's national security adviser, Jake Sullivan, said at the White House that talks with the Taliban are continuing as the administration looks for additional ways to safely move more Americans and others into the Kabul airport.

"We are in talks with the Taliban on a daily basis through both political and security channels,” he said, adding that ultimately it will be Biden's decision alone whether to continue military-led evacuation operations beyond Aug. 31. That's the date Biden had set for completing the withdrawal of troops.