Closing arguments to be made at Chauvin trial in Floyd death 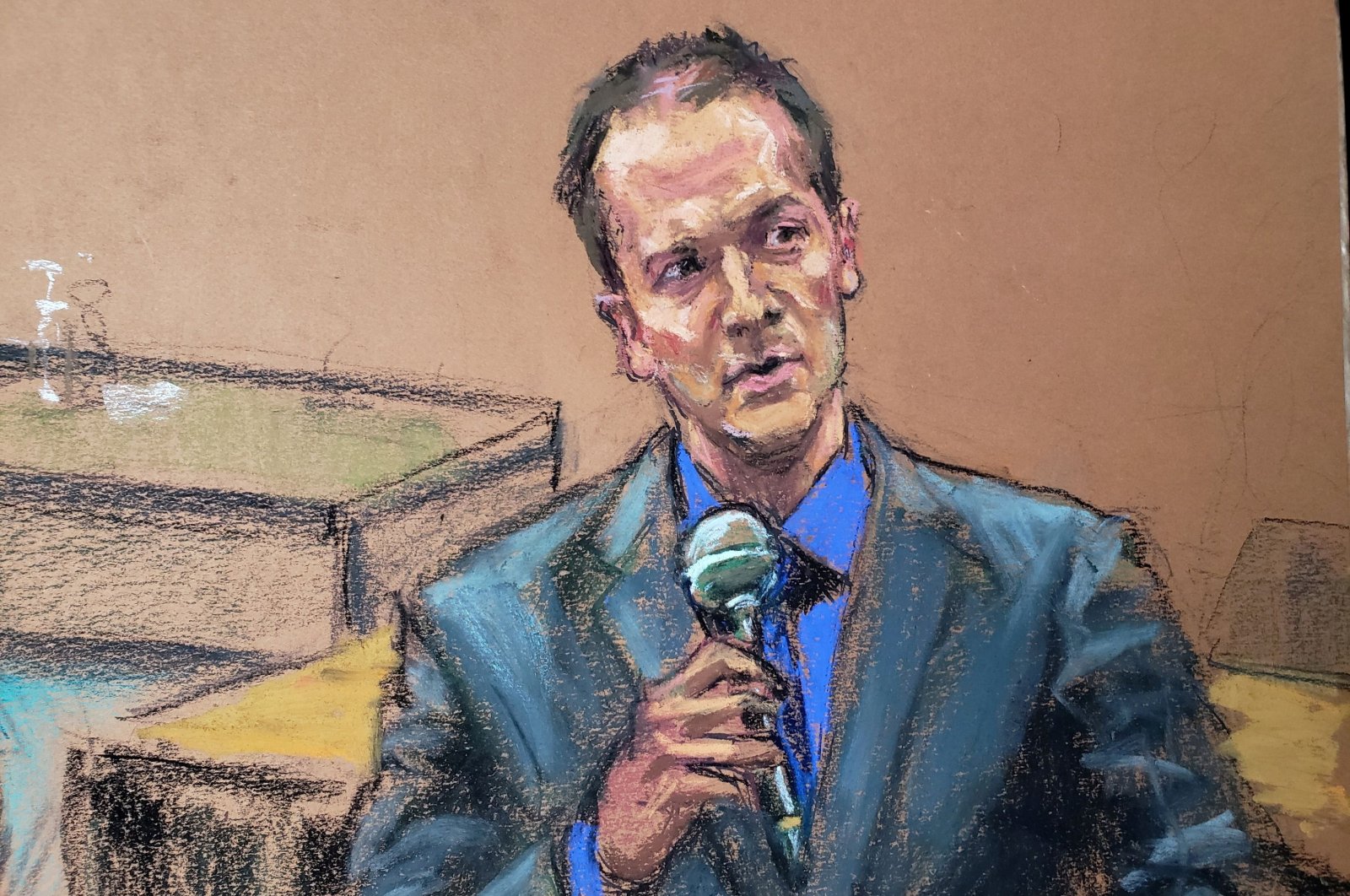 In this courtroom sketch, former Minneapolis police officer Derek Chauvin tells the judge that he waived his right to testify to the jury on the 14th day of Chauvin's trial for second-degree murder, third-degree murder and second-degree manslaughter in the death of George Floyd in Minneapolis, Minnesota, U.S., April 15, 2021. (Reuters Photo)
by ASSOCIATED PRESS Apr 19, 2021 2:14 pm
RECOMMENDED

Attorneys will make their closing arguments Monday in the trial of former Minneapolis police officer Derek Chauvin charged with killing George Floyd, each side seeking to distill three weeks of testimony to persuade jurors to deliver their view of the right verdict.

For prosecutors, Chauvin recklessly squeezed the life from Floyd as he and two other officers pinned him to the street for 9 minutes and 29 seconds outside a corner market, despite Floyd's repeated cries that he could not breathe – actions they say warrant conviction not just for manslaughter but also on two murder counts.

For the defense, Floyd, who was black, put himself at risk by swallowing fentanyl and methamphetamine, then resisted officers trying to arrest him – factors that compounded his vulnerability to a diseased heart and raise sufficient doubt that Chauvin, who is white, should be acquitted.

Each side will pull key testimony to support their narrative for what killed Floyd in a case that roiled America 11 months ago and continues to resonate. The anonymous jury will later deliver verdicts in a courthouse surrounded by concrete barriers and razor wire, in an anxious city heavily fortified by National Guard members, and just days after fresh outrage erupted over the police killing of a 20-year-old black man in a nearby suburb.

The attorneys are not limited by time, though legal experts say overlong arguments risk losing jurors' attention and may be less effective. Prosecutors Steve Schleicher and Jerry Blackwell will share the closing, with Schleicher leading off and Blackwell coming on for the last-word rebuttal of defense attorney Eric Nelson's closing.

Chauvin, 45, is charged with second-degree murder, third-degree murder and second-degree manslaughter. Experts expect Schleicher to walk jurors through the elements of the charges. All three require the jury to conclude that Chauvin's actions were a "substantial causal factor” in Floyd's death – and that his use of force was unreasonable.

Schleicher can remind jurors of key testimony from a myriad of prosecution medical experts who testified that Floyd died of asphyxiation caused by being pinned to the pavement. He and Blackwell can point to plentiful testimony from use-of-force experts who said Chauvin's actions were clearly improper, as well as Minneapolis Police Department officials saying they were outside his training.

Video played a huge role at trial, both in buttressing the expert testimony and in driving home the emotional impact of Floyd's anguish and death. Prosecutors can replay video during their closings, and experts say they expect it.

Guilty verdicts must be unanimous, which means Nelson needs to raise doubt in the minds of just a single juror on the various counts. His closing is certain to return to the themes of his cross-examination of prosecution witnesses and the brief defense case he mounted.

Nelson is sure to highlight how the county medical examiner, Dr. Andrew Baker, did not conclude that Floyd died of asphyxia – putting him at odds with the prosecution's medical experts, even though Baker did call Floyd's death a homicide and testify that he believes Floyd's heart gave out in part due to being pinned to the ground.

Nelson is also certain to remind the jury of Floyd's drug use, perhaps with the same language he frequently used during the testimony phase – with questions that emphasized words such as "illicit." Despite the long duration of Floyd's restraint, he is likely to again portray Chauvin's use of force as dictated by "fluid” and "dynamic” factors that should not be second-guessed, including the prospect that Chauvin was distracted by a threatening group of bystanders.

Nelson is also likely to question perhaps the strongest single part of the state's case – the video of Floyd's arrest, including bystander Darnella Frazier's video that largely established public perceptions of events. Nelson argued that camera angles can be deceptive, and used other views to suggest to jurors that Chauvin's knee was not on Floyd's neck at all times.

"If I was Nelson, I’d do a lot of things, because a lot of things need to be done,” Joe Friedberg, a local defense attorney not involved in the case, said. "He’s in desperate trouble here.”

Fourteen jurors heard testimony, two of them alternates. If Judge Peter Cahill follows the usual practice of dismissing the last two chosen as alternates, the 12 who will deliberate will include six white and six Black or multiracial jurors.