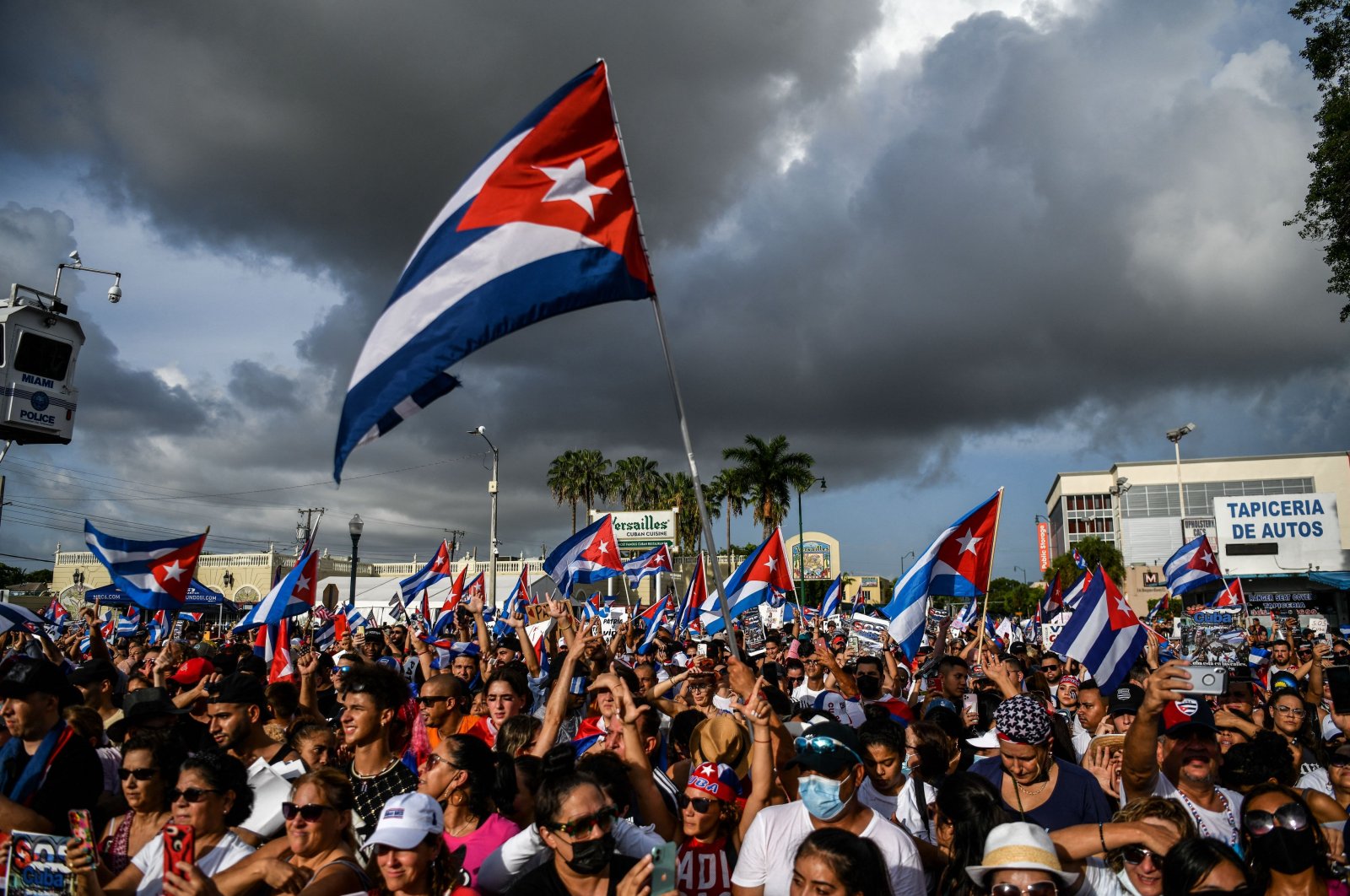 Restrictions on food, medicine and hygiene products will be lifted by the Cuban government, a measure taken after Cubans took to the street Sunday to ask for food, medicines and "the end of the dictatorship.”

Cuban Prime Minister Manuel Marrero announced the measures, which will start Monday, on the TV show Mesa Redonda – Round Table – on Wednesday evening. Despite widespread scarcities, the government had restricted the import of all goods to squeeze the "mula” business – referring to "mules," the name given to people who take goods to sell on the island, where all stores are state-owned.

Many Cuban Americans also used "mulas” to send money and other basic necessities to their families. Cubans abroad have been calling for the government to accept humanitarian aid to alleviate an economic crisis worsened by the pandemic.

The prime minister said he expects the measure to have a more significant impact when air travel becomes normal again. The government has limited the number of flights to the island due to the coronavirus pandemic.

The Cuban government has been pressed to respond to islandwide protests fueled by a severe economic crisis and widespread scarcities of food, medicines and basic goods, and a record daily number of COVID cases that surpassed 6,000 on Wednesday.

The show took a different tone than earlier, more combative, appearances of Cuban leader Miguel Diaz-Canel, who first reacted to the protests by calling on fellow communists to confront the demonstrators by any means. He and other Cuban officials have called the demonstrators "mercenaries” and have accused the U.S. government of masterminding and financing the uprising.

The foreign minister, Bruno Rodriguez, even issued a veiled threat against the United States, saying it was risking a new exodus of Cuban migrants.

After widespread criticism of the violent police response against the demonstrators, including from several island-based artists like the legendary band Los Van Van, and the international community, Diaz-Canel tried to strike a more conciliatory tone.

The Cuban leader said the government needed to critically analyze the "disturbances” so they are not repeated. He said there were "mercenaries” and "delinquents” in the demonstrations but also people with "legitimate” dissatisfaction that have not been adequately addressed by state institutions. He said the events called for "more in-depth social work based on the conciliation and commitment to reach the more vulnerable.”

But he also denied there was repression against peaceful demonstrators and defended the actions of the police and pro-government counter-demonstrators.

He said those protesting were moved by hate and behaved like "savages,” while showing images of people looting a government store. And he insisted the U.S. embargo is the main reason for the scarcities he acknowledged fueled the protests.

Diaz-Canel said he could not tell how many people were injured in the "disturbances” but said most were among those wanting to preserve order. He also said those who committed crimes would be judged severely.