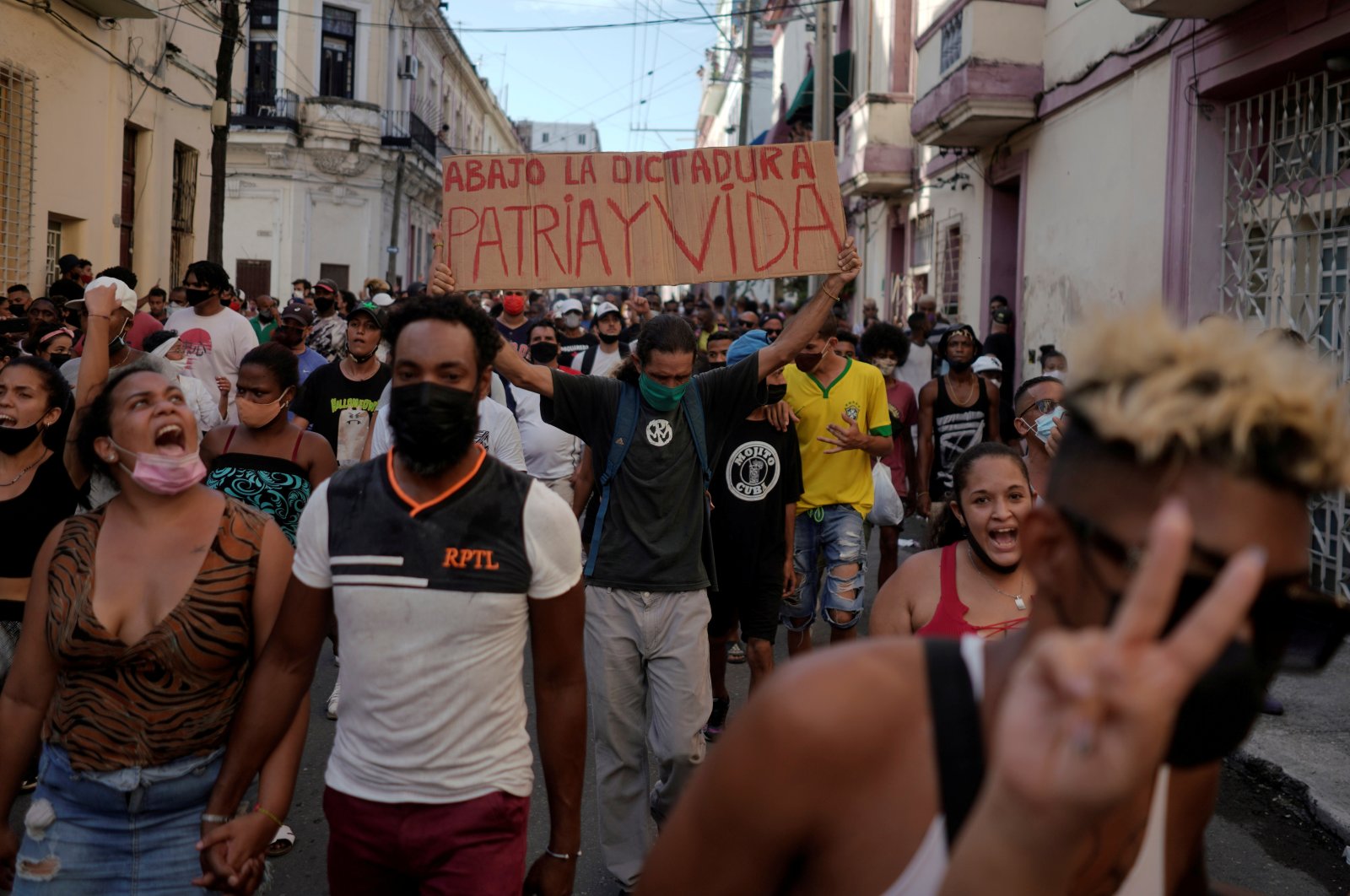 Cuban President Miguel Diaz-Canel admitted for the first time that part of the fault for this week's protests in the island nation lies with the government's shortcomings in handling shortages and other issues.

But in a televised address Wednesday night he also called on Cubans to not act with hate – a reference to the violence that occurred at some of the rare street demonstrations in which protesters voiced grievances over high prices, food shortages and power outages, while some people also called for a change in the government.

Until now, the Cuban government had only blamed social media and the U.S. government for the weekend protests, which were the biggest seen in Cuba since a quarter-century ago, when then-President Fidel Castro personally went into the streets to calm crowds of thousands furious over dire shortages following the collapse of the Soviet Union and its economic subsidies for the island.

Diaz-Canel, however, said that failings by the state played a role in the unrest.

“We have to gain experience from the disturbances," he said. “We also have to carry out a critical analysis of our problems in order to act and overcome, and avoid their repetition.”

In the protests, many Cubans expressed anger over long lines and shortages of food and medicines, as well as repeated electricity outages. Some demanded a faster pace of vaccination against the coronavirus. But there were also calls for political change in a country governed by the Communist Party for some six decades.

Police moved in and arrested dozens of protesters, sometimes violently, and the government has accused protesters of looting and vandalizing shops. Smaller protests continued Monday and officials reported at least one death. No incidents were reported Wednesday.

“Our society is not a society that generates hatred and those people acted with hatred," Diaz-Canel said. “The feeling of Cubans is a feeling of solidarity and these people carried out these armed acts, with vandalism ... yelling for deaths ... planning to raid public places, breaking, robbing, throwing stones.”

Authorities did not report the number of people arrested, Col. Moraima Bravet of the Interior Ministry said Wednesday only that they are mostly between the ages of 25 and 37 and will be prosecuted for such crimes as public disorder, assault, contempt, robbery or damage.

Cuba is suffering its worst crisis in years from a combination of the coronavirus pandemic that has paralyzed its economy, including the vital tourism industry, inefficiencies in the state-run economy and the tightening of U.S. sanctions on the island. The administration of President Donald Trump imposed more than 200 measures against the island in four years.

Diaz-Canel said that this “complex situation” was taken advantage of “by those who do not really want the Cuban revolution to develop or a civilized relationship with respect with the United States."

Shortly before the president’s remarks, Prime Minister Manuel Marrero announced some measures such as customs flexibility for Cuban citizens who go on foreign trips to bring home toiletries, food and medicines, which are among the most hard to find items in Cuba.

Marrero also said that work is being done to improve the stability of the national electricity system and that officials will seek to improve the supply of medicines, many of which are produced on the island but whose components must be imported.

Meanwhile, Economy Minister Alejandro Gil announced that the directors of state-owned enterprises will be allowed to determine salaries beyond the regulations. He also said that in the coming weeks long-promised rules will be instituted for small- and medium-sized enterprises to be formed, a step once unthinkable under the communist government.