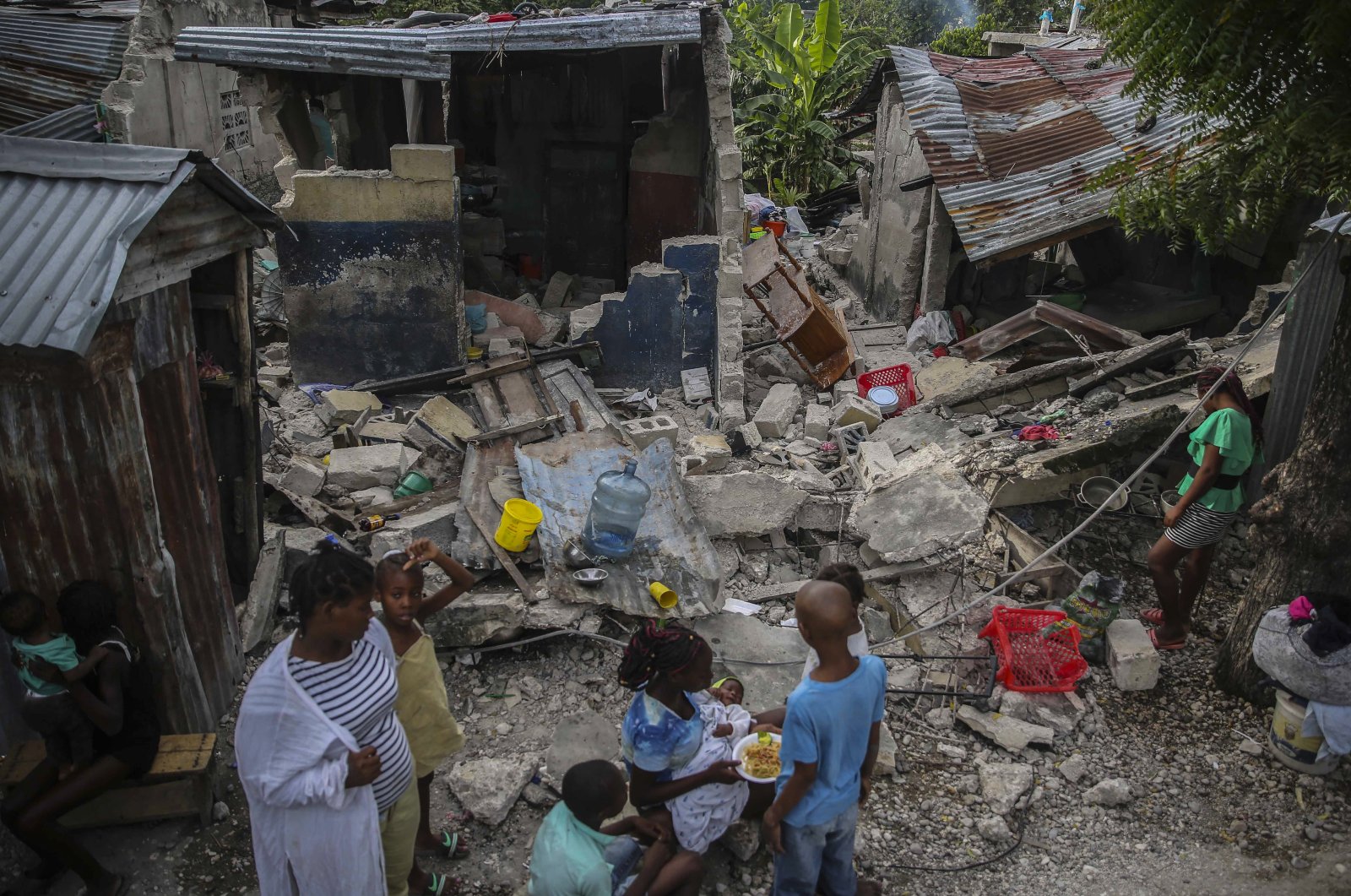 The death toll from an earthquake that shook Haiti early Saturday has risen to 742, authorities said Sunday.

An additional 2,800 people were injured in the 7.2-magnitude tremor that struck early Saturday, the country's civil protection agency said.

The earthquake struck 8 kilometers (5 miles) from the town of Petit Trou de Nippes, about 150 kilometers west of the capital Port-au-Prince, at a depth of 10 kilometers, the United States Geological Survey (USGS) said.

The USGS issued a tsunami warning, saying waves of up to three meters (nearly 10 feet) were possible along the coastline of Haiti, but it soon lifted the warning.

Rescue efforts could be hampered by Tropical Storm Grace, which is expected to bring heavy rainfall and possible flash floods to Haiti from late Monday, according to the US National Weather Service.

USAID head Samantha Power tweeted Sunday that her agency had deployed an urban search and rescue team to join its earthquake disaster response team in Haiti.

Haitian Prime Minister Ariel Henry, who surveyed the damage via helicopter, declared a state of emergency for one month while calling on the nation to "show solidarity" and not panic.

More than 1.5 million Haitians were made homeless in that disaster, which also destroyed 60 percent of Haiti's healthcare system, leaving island authorities and the international humanitarian community with a colossal challenge.

Police say they have arrested 44 people in connection with the killing, including 12 Haitian police officers, 18 Colombians who were allegedly part of the commando team, and two Americans of Haitian descent.