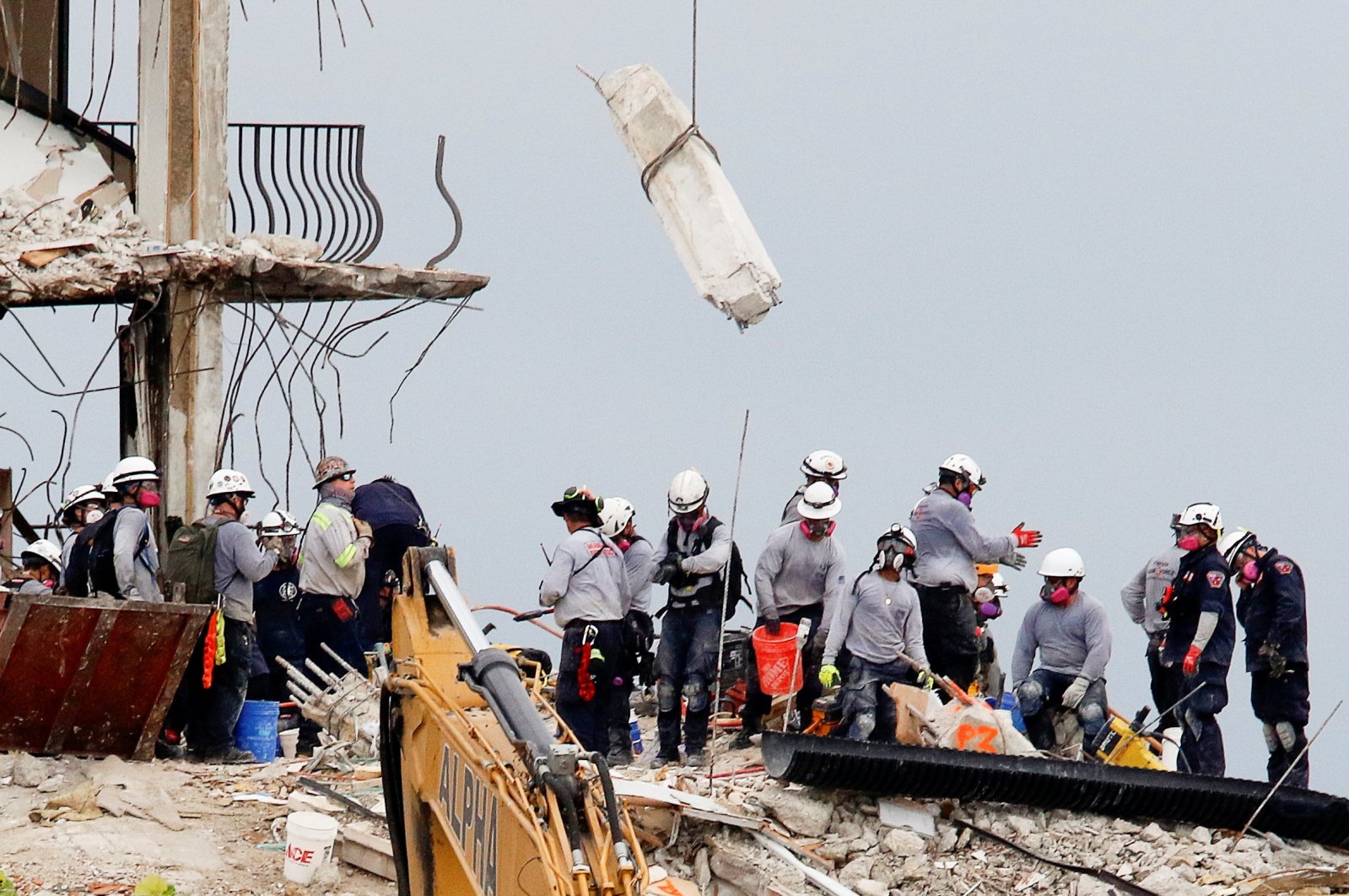 The death toll from the condominium collapse in Florida increased to 16 on Wednesday after search and rescue teams pulled four more bodies from under the rubble.

Hopes are dwindling that the hundreds of rescuers combing the oceanfront site will find anyone alive as the rescue efforts continued for the seventh day to locate more than 140 people unaccounted for.

Nobody has been pulled alive from the mounds of pulverized concrete, splintered lumber and twisted metal since the early hours of the disaster.

Levine Cava said the personnel in what has become an enormous rescue operation were doing "everything humanly possible, and then some, to get through this tragedy, and we are doing it together."

Colonel Golan Vach, head of an Israeli military unit that specializes in search and rescue operations, told CNN his team had uncovered the bodies as they sifted through the debris, finding what he described as tunnels in the rubble.

In one case, this space was created between balconies of apartments that pancaked when part of the building collapsed, he said.

"Between them remained a big space of air," Vach said. "We crawled in those tunnels. We called people and unfortunately we didn't find anything."

He said hopes of finding survivors so long after the early morning collapse were "very, very minor. We must be realistic."

The cave-in of the 12-story Champlain Towers South building has sparked a search and rescue effort involving engineers and specialists from across the United States and as far afield as Mexico and Israel.

U.S. President Joe Biden will on Thursday visit the site with first lady Jill Biden to ensure state and local officials have everything they need for the rescue effort and meet with families of the victims.

Residents in the part of Champlain Towers South that remained intact reported being awakened around 1:30 am (5:30 a.m. GMT) Thursday by what sounded like cracks of thunder that shook their rooms.

"It was like an earthquake," Janette Aguero, who escaped from the tower's 11th floor with her family, told Agence France-Presse (AFP).

Rescuers who arrived in the moments after the tower came down helped evacuate dozens of residents, and pulled one teenage boy alive from the rubble.

But since then, no other survivors have been found, despite huge numbers of rescuers combing the debris with the help of sniffer dogs and cranes.

"There are currently 210 people working on the site. The urban search and rescue team has been augmented by teams from all over the state and all over the world," Levine Cava said on Tuesday.

Experts are looking at possible preexisting critical flaws in the structure of the apartment tower.

An October 2018 report released by city officials last Friday revealed fears of "major structural damage" in the complex, from the concrete slab under the pool deck to the columns and beams in the parking garage. But later an inspector for Surfside met residents of the building and assured them it was "in very good shape," according to several reports.

In a letter to residents in April, Jean Wodnicki, the chair of the condo association, described "accelerating" damage to the building since then.

Repairs had been set to begin soon in the 40-year-old building – but did not come soon enough.