US official downplayed ‘major damage’ in Florida condo for 3 years 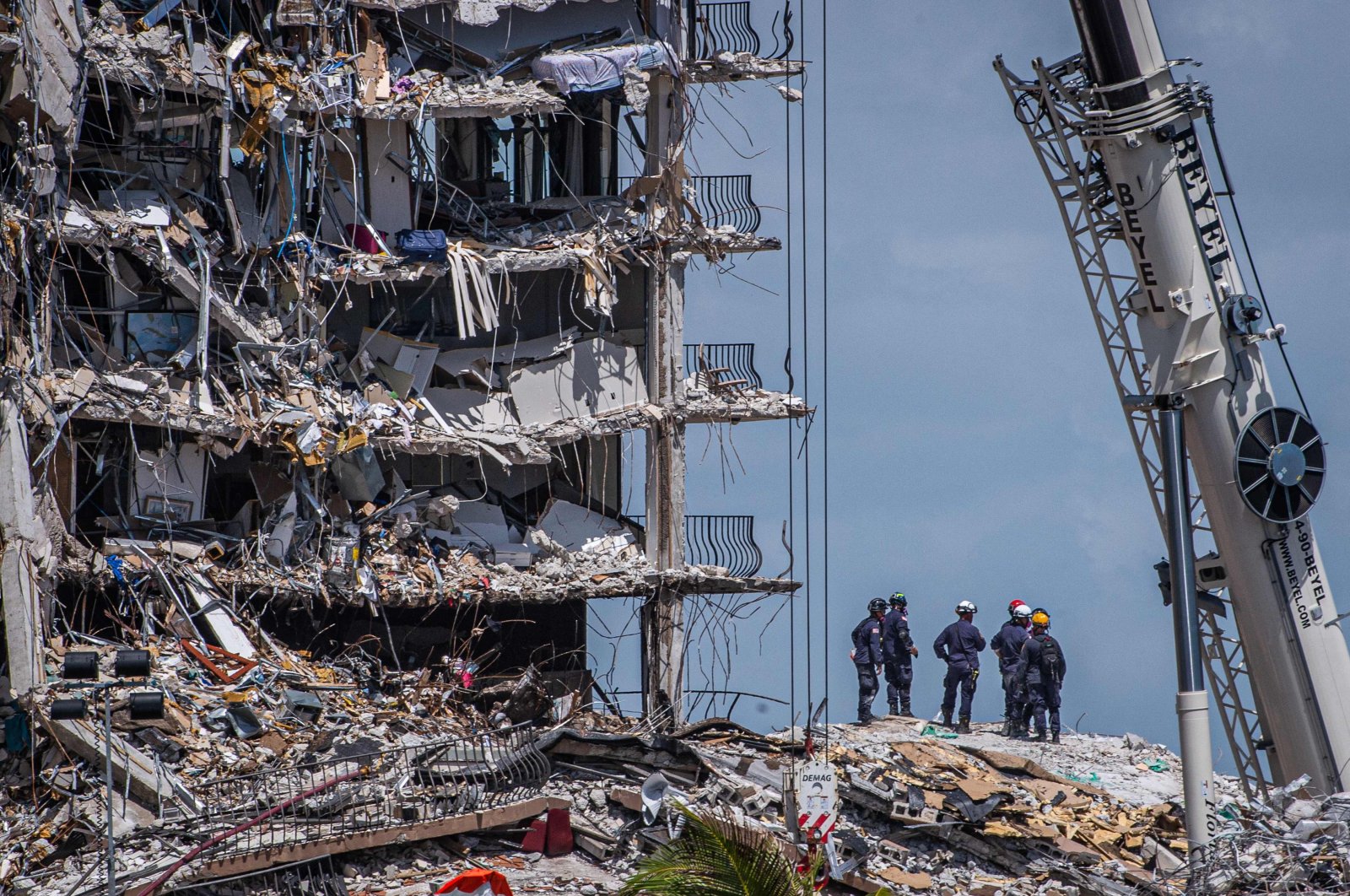 A town inspector had assured residents of a high-rise condominium in Surfside, Florida, that their building was sound a month after an engineering report warned of major structural damage requiring urgent repair in 2018, U.S. media reported.

The Champlain Towers South building partially collapsed in the early hours of Thursday as residents slept. The death toll stood at nine on Sunday and more than 150 people were missing as rescue teams picked through the rubble without detecting signs of life.

What caused nearly half the 12-story, 156-unit building to cave in has yet to be determined but a 2018 inspection found major structural deterioration in the parking garage beneath the 40-year-old tower, according to an engineer's report.

But later an inspector for Surfside, which is near Miami, met residents of the building in 2018 and assured them it was "in very good shape," according to the minutes of a November 2018 meeting reported first by NPR and then by several other U.S. media outlets.

The inspector's comments directly conflicted with the engineering report from five weeks earlier, which warned that failed waterproofing in a concrete structural slab needed to be replaced "in the near future."

At the Nov. 15, 2018, board meeting of the Champlain Tower South Condominium Association, a Surfside building official, Ross Prieto, appeared to discuss that report, NPR reported. "Structural engineer report was reviewed by Mr Prieto," the meeting minutes cited by NPR said.

"It appears the building is in very good shape."

Prieto is no longer employed by Surfside, according to NPR. He told the Miami Herald newspaper he did not remember getting that report. Reuters was not able to contact Prieto.

The newly released 2018 report showed that an engineer found evidence of major structural damage beneath the pool deck and "concrete deterioration" in the underground parking garage of the oceanfront condominium, three years before it collapsed.

The U.S senator for Florida, Marco Rubio, said Sunday that a Federal Emergency Management Agency recovery center would be open soon in Surfside to help survivors, families of victims and displaced residents access benefits they are eligible for.