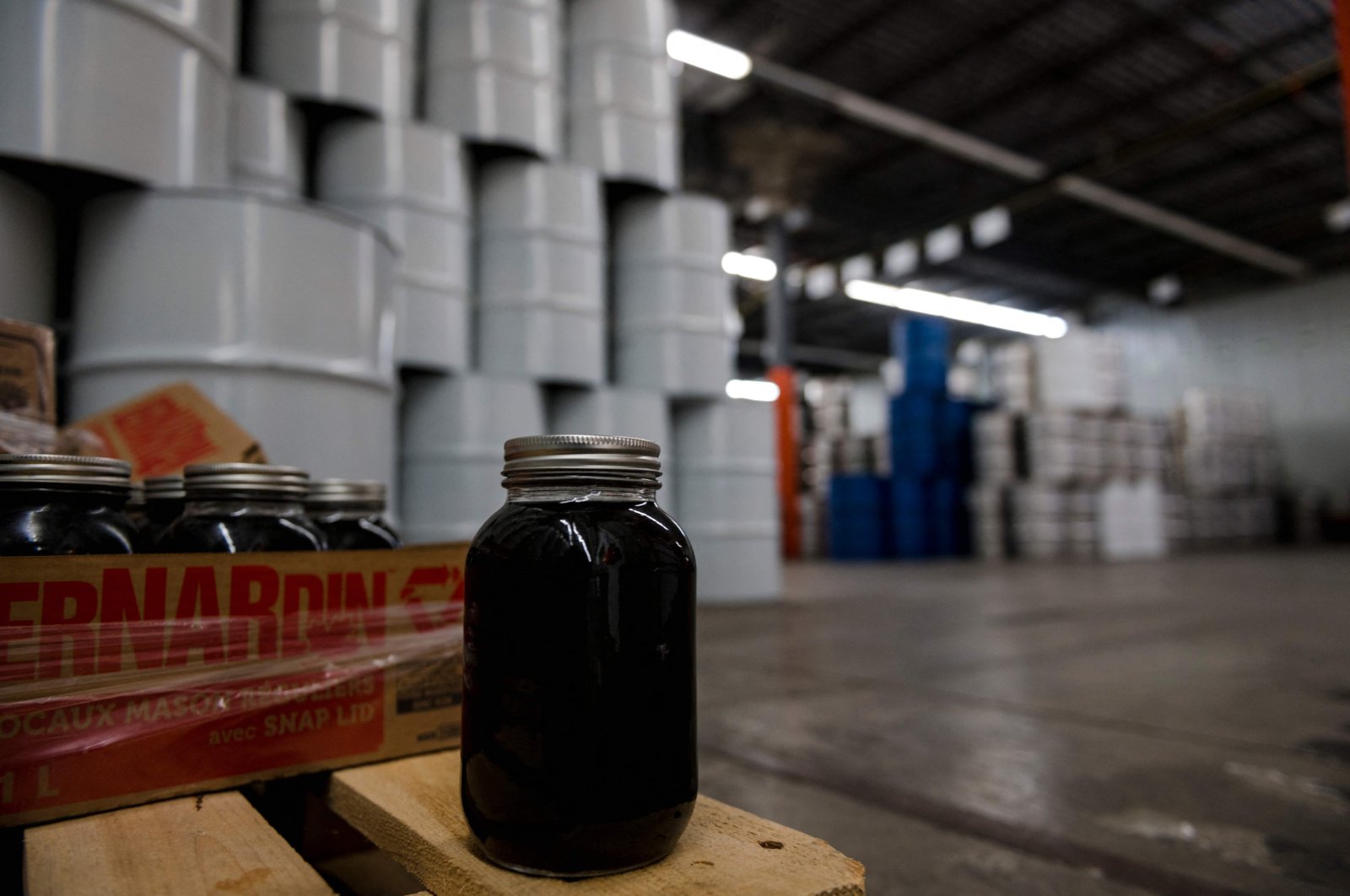 Like Justin Bieber washing down a box of Timbits with piping hot coffee, nothing screams "quintessentially Canadian" like a country having a strategic maple syrup reserve.

So pancake lovers, fear not. Strong demand for maple syrup after a poor Canadian harvest has created supply-side woes, but Quebec province is tapping its strategic reserves to keep the world awash in the sweet, sticky stuff.

Experts are warning the shortages could be further compounded by climate change, which is already being blamed for last spring's shorter and warmer sugaring season.

To avoid shortages, the Quebec Maple Syrup Producers said it has released more than half of its stockpile of syrup.

"It's normal, that's what we want: The reserves must be the buffer between temperature, demand and production," explained the organization's president Serge Beaulieu.

Quebec makes almost three-quarters of the world's supply, and the organization – sometimes called the OPEC of maple syrup – represents more than 11,000 producers.

The group's massive reserves in the town of Laurierville, near Quebec City, are emblematic of Canada's hugely lucrative maple syrup industry.

Housed in a warehouse the size of five football fields, tens of thousands of barrels, each containing 45 gallons (205 liters), are stacked row upon row, up to the ceiling.

In Canada, maple syrup is serious business. Often called "Quebec gold" in the region, it sometimes has been treated more like gold itself.

During the "Great Canadian Maple Syrup Heist" a decade ago, thieves stole Can$18.7 million ($14.5 million) worth of maple syrup from the facility.

At present, however, the only siphoning is to relieve market shortages: At the start of the year, some 105 million pounds (47.6 million kilograms) were stored here. The stockpile has since been whittled down to only 37 million pounds.

The sap harvest usually starts in March, when temperatures are above freezing during the day but below zero degrees Celsius (32 degrees Fahrenheit) overnight.

Harvesters traditionally hammered spiles into tree trunks and let the sap drip into buckets, but now collect it from multiple trees at once through a system of tubing, for refining.

Producer Laurie Larouche, 23, lamented to Agence France-Presse (AFP) that "last spring was cut short because it got hotter faster than usual so instead of having a good month of harvest we had perhaps only two weeks plus a few days here and there."

"We produced 50% less syrup" this year, said Maryse Nault, as she trudged through the snow to inspect spiles in trees on her farm in Saint-Marc-sur-Richelieu, 50 kilometers (31 miles) east of Montreal.

The province's total yield fell to 133 million pounds of maple syrup, about 20-40 million pounds less than in four of the previous five years, according to the producer cartel's data, and far short of the 175 million pounds sold in 2020.

Researchers at the Quebec Ministry of Forests have concluded that the yield per maple tree could fall by as much as 15% by 2050, due mostly to increasingly warm weather in the month of April.

Meanwhile, sales have doubled over the past decade, including a 20% jump in just the first six months of 2021 compared to the same period the previous year.

Due to this rising demand, which has occurred both domestically and in key export markets such as the United States, Germany and Japan, producers have been authorized by the province's maple syrup federation to tap 7 million additional trees over the next three years, bringing the total to 57 million.

The pandemic is partly to blame for the recent surge in demand, Beaulieu said.

"Due to COVID restrictions, consumers spent much more time at home, trying out new food products," he explained.

And, he added, syrup is increasingly replacing white sugar because it "is better for your health than refined sugar."