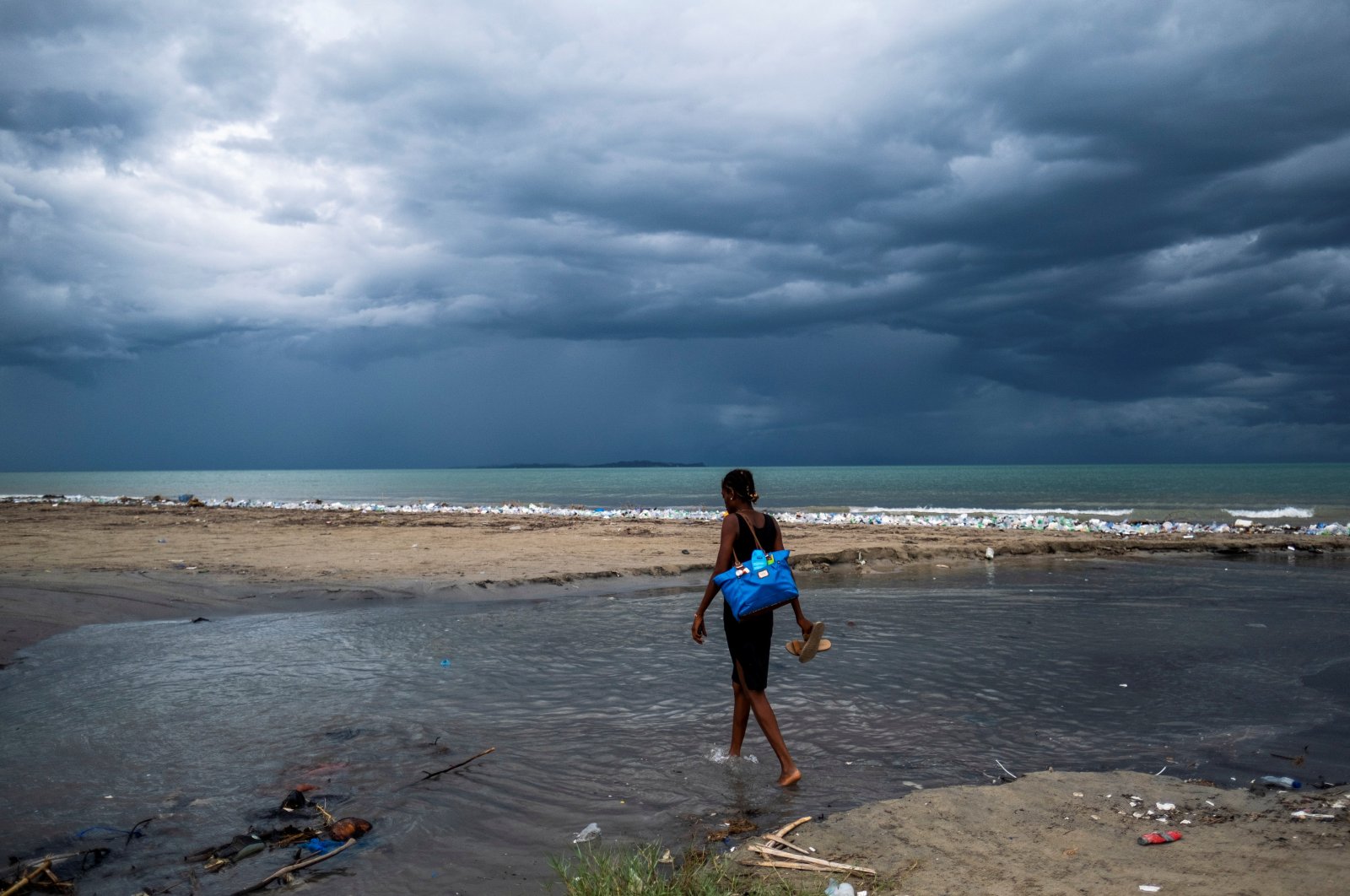 Tropical Storm Grace swept over Haiti just two days after a powerful earthquake battered the impoverished Caribbean nation, adding to the misery of thousands who lost loved ones, suffered injuries or found themselves homeless and forcing overwhelmed hospitals and rescuers to act quickly.

Heavy rain and strong winds overnight whipped at the country's southwestern area, hit hardest by Saturday's quake, and officials warned that rainfall could reach 15 inches (38 centimeters) in some areas before the storm moved on. Port-au-Prince, the capital, also saw heavy rains. Grace regained tropical storm status after falling to the level of a tropical depression.

The storm arrived on the same day that the country's Civil Protection Agency raised the death toll from the earthquake to 1,419 and the number of injured to 6,000, many of whom have had to wait for medical help lying outside in wilting heat.

Grace's rain and wind raised the threat of mudslides and flash flooding as it slowly passed by southwestern Haiti's Tiburon Peninsula before heading toward Jamaica and southeastern Cuba on Tuesday. Forecasters said it could be a hurricane before hitting Mexico's Yucatan Peninsula.

The quake nearly wrecked some towns in the latest disaster to befall the Western Hemisphere's poorest nation. Haitians already were struggling with the coronavirus pandemic, gang violence, worsening poverty and the July 7 assassination of President Jovenel Moïse.

“We are in an exceptional situation,” Prime Minister Ariel Henry told reporters Monday afternoon as the storm approached.

A hospital in the badly damaged town of Les Cayes was so crowded with patients after the earthquake that many had to lie in patios, corridors, verandas and hallways, but the approaching storm had officials scrambling to relocate them as best they could.

“We had planned to put up tents (in hospital patios), but we were told that could not be safe,” said Gede Peterson, director of Les Cayes General Hospital.

It is not the first time the hospital has been forced to improvise. The refrigeration in the hospital’s morgue has not worked for three months, but after the earthquake struck Saturday, staff had to store as many as 20 bodies in the small space. Relatives quickly came to take most to private embalming services or immediate burial. By Monday, only three bodies were in the morgue.

“We are working now to ensure that the resources we have are going to get to the places that are hardest hit,” said Civil Protection Agency head Jerry Chandler, referring to the towns of Les Cayes and Jeremie and the department of Nippes.

Quake victims continued to stream to Les Cayes’ hospital, waiting on stair steps, in corridors and on an open veranda.

“After two days, they are almost always generally infected,” said Dr. Paurus Michelete, who had treated 250 patients and was one of only three doctors on call when the quake hit. He added that pain killers, analgesics and steel pins to mend fractures were running out amid the crush of patients.

Meanwhile, rescuers and scrap metal scavengers dug into the floors of a collapsed hotel in the coastal town, where 15 bodies had already been extracted. Jean Moise Fortunè, whose brother, the hotel owner and a prominent politician, was killed in the quake, believed there were more people trapped in the rubble.

But based on the size of voids that workers cautiously peered into, perhaps a foot (30 centimeters) in depth, finding survivors appeared unlikely.

As work, fuel and money ran out, desperate Les Cayes residents searched collapsed houses for scrap metal to sell. Others waited for money wired from abroad, a mainstay of Haiti’s economy even before the quake.

Anthony Emile waited six hours in a line with dozens of others trying to get money that his brother had wired from Chile, where he has worked since the 2010 quake that devastated Haiti's capital and killed tens of thousands.

“We have been waiting since morning for it, but there are too many people,” said Emile, a banana farmer who said relatives in the countryside depend on him for money to survive.

“If it were going to happen, it would have been on the first or second night,” Menard said.

Josil Eliophane, 84, crouched on the steps of Les Cayes General Hospital, clutching an X-ray showing his shattered arm bone and pleading for pain medication. Michelete said he would give one of his few remaining shots to Eliophane, who ran out of his house as the quake hit, only to have a wall fall on him.

Nearby, on the hospital’s open-air veranda, patients were on beds and mattresses, hooked up to IV bags of saline fluid. Others lay in the garden under bed sheets raised to shield them from the sun. None of the patients or relatives caring for them wore face masks despite a coronavirus surge.

Structural engineers from Miyamoto International, a global earthquake and structural engineering firm, visited hard-hit areas Monday to help with damage assessment and search and rescue efforts. Chief among their duties was inspecting government water towers and the damaged offices of charities in the region, said CEO and president Kit Miyamoto.

Miyamoto said he has seen places devastated by earthquakes build back stronger. He said the destruction in Port-au-Prince from the 2010 tremor led masons and others to improve building practices. People in the capital felt the Saturday morning tremor, centered about 75 miles to the west, and rushed into the streets in fear but there weren’t any reports of damage there.

“Port-au-Prince building is much better than it was in 2010 – I know that,” Miyamoto said. “It’s a huge difference, but that knowledge is not widespread. The focus is definitely on Port-au-Prince.”