Haiti's search for quake survivors continues with storm on horizon 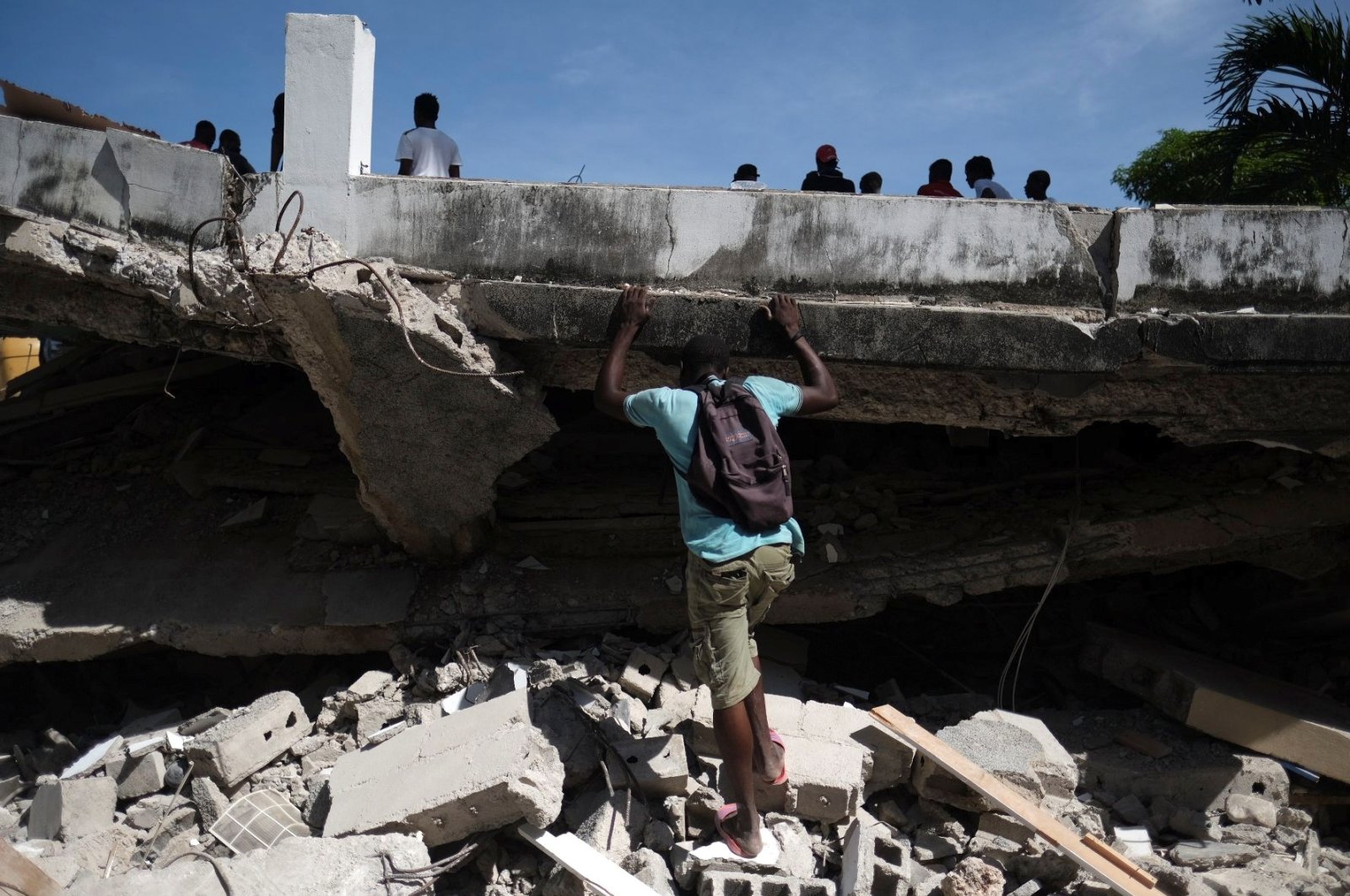 Haiti on Monday continued its search and rescue efforts following a massive earthquake that devastated the country on Saturday. Rescuers used heavy equipment and their bare hands in their search for survivors under toppled buildings as the death toll stood at over 1,200, and an approaching storm threatened more disaster.

Flash floods and mudslides were possible as the front bore down on the Caribbean nation's southwestern peninsula, which was rocked by a 7.2 magnitude quake that toppled thousands of homes early Saturday.

Hospitals have been overwhelmed with the influx of thousands of injured patients into a weak health care system, and workers were at a loss with how they might cope with tropical depression Grace.

"We're really not doing well psychologically. We have absolutely no idea how were are going to get through this," said 26-year-old midwife Aline Cadet, who was helping at the hospital in the hard-hit town of Port-Salut.

"There are women here who were pregnant but lost their baby because they fell or were injured," she added.

According to the latest U.S. National Hurricane Center forecast, the storm could dump up to 25 centimeters (10 inches) of rain on Haiti and cause flash floods.

If the storm hits full force, it would bring the possibility of even more suffering after at least 1,297 people were killed in the quake that struck about 160 kilometers (100 miles) to the west of the capital Port-au-Prince.

Residents faced a dilemma of staying outside to protect themselves from aftershocks, or returning to damaged buildings to shelter from Grace's heavy rains.

The hospital in Port-Salut made its call: the patients being treated in a courtyard were brought into the building for protection from the storm, despite the risks.

"The doctors have asked us to go inside this evening. It's not safe. There are still tremors, that's why we're outside," said Wilfried Labaye, 41.

His wife Esperance Rose Nadine, 36, was laying on the ground next to him, both of her legs broken when their home collapsed during the quake.

Haiti, still recovering from a massive 2010 tremor that devastated the capital Port-au-Prince, was already in shock from its president's assassination last month when the disaster hit.

On top of that, some 13,600 buildings were destroyed and more than 13,700 damaged, trapping hundreds under rubble and leaving more than 5,700 people injured, the country's civil protection agency said Sunday.

Some aid has come in from abroad, including specialized search crews from the United States as well as 15.4 tons of food, medicine and water from Mexico.

More than 1.5 million Haitians were made homeless in that disaster, which also destroyed 60% of Haiti's health care system, leaving authorities and the international humanitarian community with a colossal challenge.