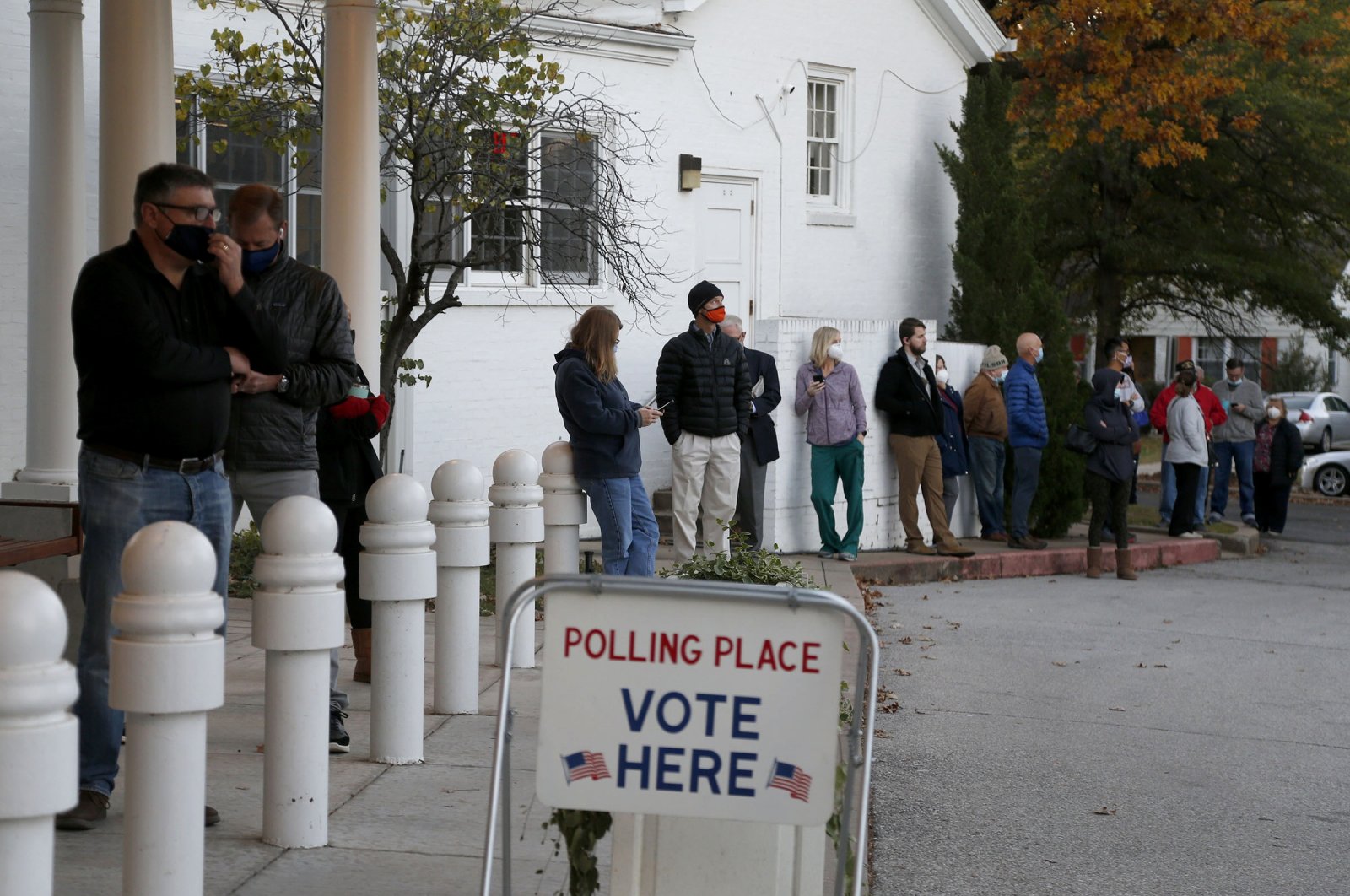 The Federal Bureau of Investigations (FBI) is looking into a spate of mysterious robocalls urging people to stay home on Election Day as the nation remains on high alert to ensure voting is not compromised, a Department of Homeland Security (DHS) official said Tuesday.

U.S. state and local officials have been raising the alarm over at least two separate automated call campaigns as millions of Americans cast their votes on Tuesday to decide between President Donald Trump and challenger Joe Biden.

Experts who spoke to Reuters say they are mystified by one of the campaigns, which tells people to remain home but does not explicitly mention voting.

"There's a little bit of confusion about this one across the industry," said Giulia Porter, vice president at RoboKiller, a company that fights telemarketers and robocalls and has been tracking the campaign.

Audio of the calls, which RoboKiller shared with Reuters, features a synthetic female voice saying, "Hello. This is just a test call. Time to stay home. Stay safe and stay home." Porter said the call had been placed millions of times in the past 11 months or so but had on Tuesday shot up to No. 5 or No. 6 in the list of top spam calls.

"This robocall is being sent at a very high volume," she said.

The FBI said it was aware of reports of robocalls and had no further comment.

The U.S. Federal Communications Commission (FCC) is aware of reports about the robocalls, an FCC official said Tuesday.

Porter said her company was still in the process of compiling figures on the campaign's intensity on Tuesday but estimated that "thousands or tens of thousands" of people had received it.

One of them was Hashim Warren, a 40-year-old Democratic voter who lives in Greensboro, North Carolina, and works in marketing at a web development company.

Warren, who is Black, said the call triggered anxieties he and his wife already had about potential violence around the election from far-right supporters of President Donald Trump.

"Instead of saying like, Election Day is not today, the fact that it said 'stay safe' felt both vile and prescient as if they knew there were other things, real things happening in the world, not robocalls, that were making myself and my wife feel anxious," Warren said in a telephone interview.

Janaka Stucky, 42, a Democratic voter who lives in Medford, Massachusetts, also received the robocall this morning.

"My first thought was that actually it was a municipal test call for a COVID lockdown thing," he told Reuters.

"The more I thought about it I was like, oh this actually feels really off and weird and then started to feel like it was some sort of, maybe, voter suppression effort," he added.

He said he voted weeks ago. "Joke's on the robocalls. I'm stocked up on Halloween candy and I already voted," he said.

Robocalls with similar or identical messages urging people to stay home were reported in a series of battleground states including Florida and Iowa. Officials in Kansas also reported getting reports of the robocalls.

In Michigan, officials said they had reports of a separate batch of robocalls urging residents in the heavily Black city of Flint to "vote tomorrow" due to purported long lines.

"Obviously this is FALSE and an effort to suppress the vote," Michigan Attorney General Dana Nessel said in a message posted to Twitter. "Don't fall for it."

It is unclear what relation, if any, the Michigan calls have to do with the "stay home" calls.

Robocalls have long been a problem in the United States, which has struggled for years to put a lid on unwanted or scam messages.

Separately, U.S. officials said they had seen no sign of the digital interference long dreaded by those charged with keeping the vote safe.

"We're not out of the woods yet," said Christopher Krebs, a senior Department of Homeland Security official and a leading government spokesperson on election security. He told a press conference earlier Tuesday that "today in some sense is halftime. There may be other events or activities or efforts to interfere or undermine confidence in the election."

Worries that a foreign power might seek to intervene in the 2020 vote have been circulating ever since the previous election in 2016, when Russian hackers dumped tens of thousands of emails online to sway the vote toward Trump and away from Democratic challenger Hillary Clinton.