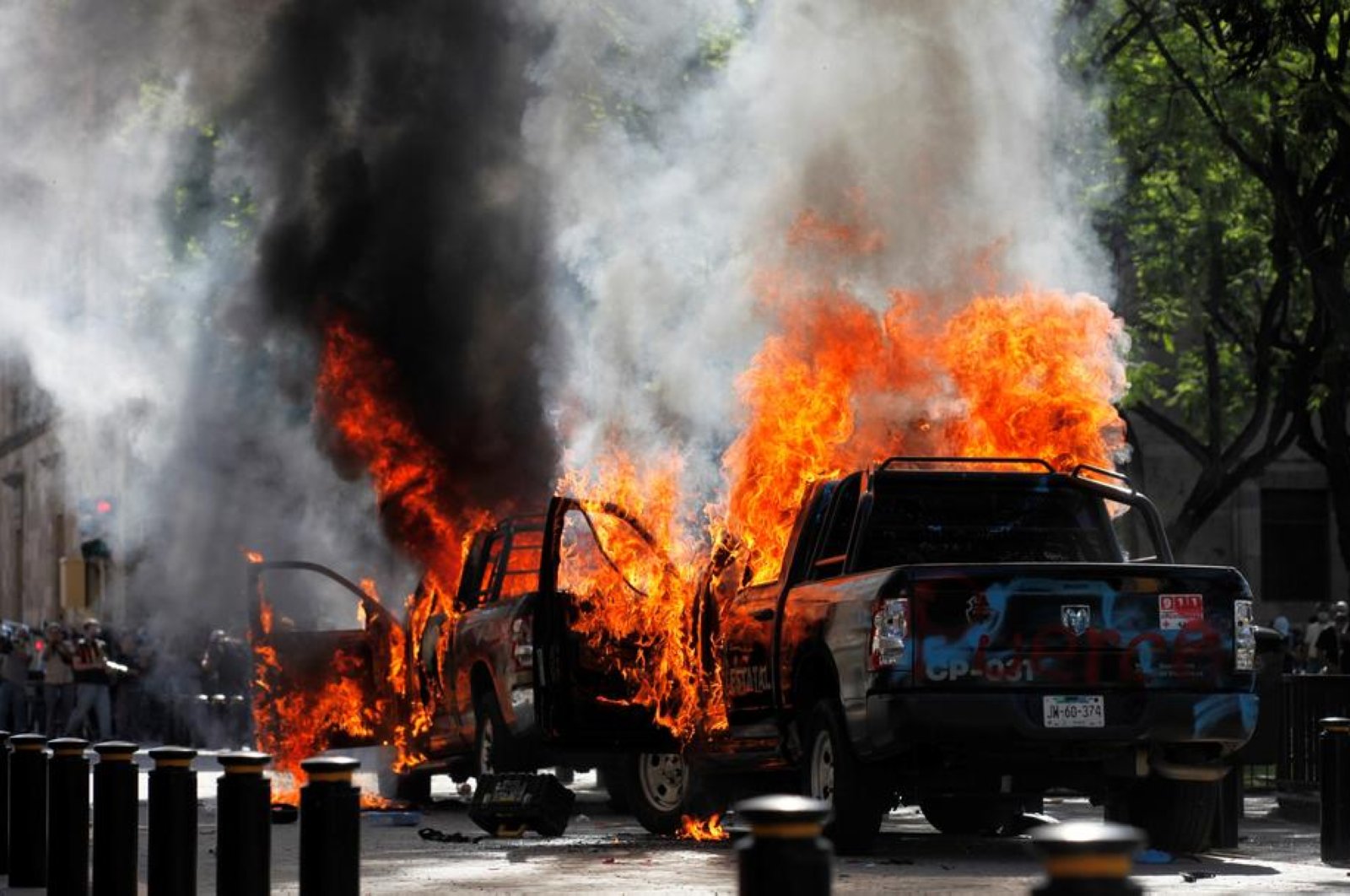 Two police cars burn after they were set on fire during a protest following the death of Giovanni Lopez, Guadalajara, Mexico, June 4, 2020. (EPA Photo)
by Compiled from Wire Services Jun 05, 2020 1:58 pm

Mexicans protested against police brutality on Thursday in the second-largest city, Guadalajara, calling for authorities to be held accountable for the death in custody of a local man allegedly arrested over not wearing a face mask in public.

Protests have swelled in cities worldwide since the death of George Floyd, a 46-year-old black man who died after a white police officer kneeled on his neck in Minneapolis. Protesters in the historic center of the state capital of Jalisco vandalized buildings, including the palace, and set ablaze several police cars, footage from network Milenio showed. Police were seen using force against protesters.

Although the exact circumstances of the death in Jalisco are not known, footage circulating on social media showed a young man, identified as Giovanni Lopez, being detained by police in early May. Bystanders can be heard saying the police were arresting him for not using a face mask.

People worldwide have supported the movement against police violence in Mexico using the Twitter hashtag "#JusticiaParaGiovanni," or "Justice for Giovanni." The protests in Mexico come as the U.S. experiences waves of demonstrations against police brutality and institutional racism following Floyd's death.