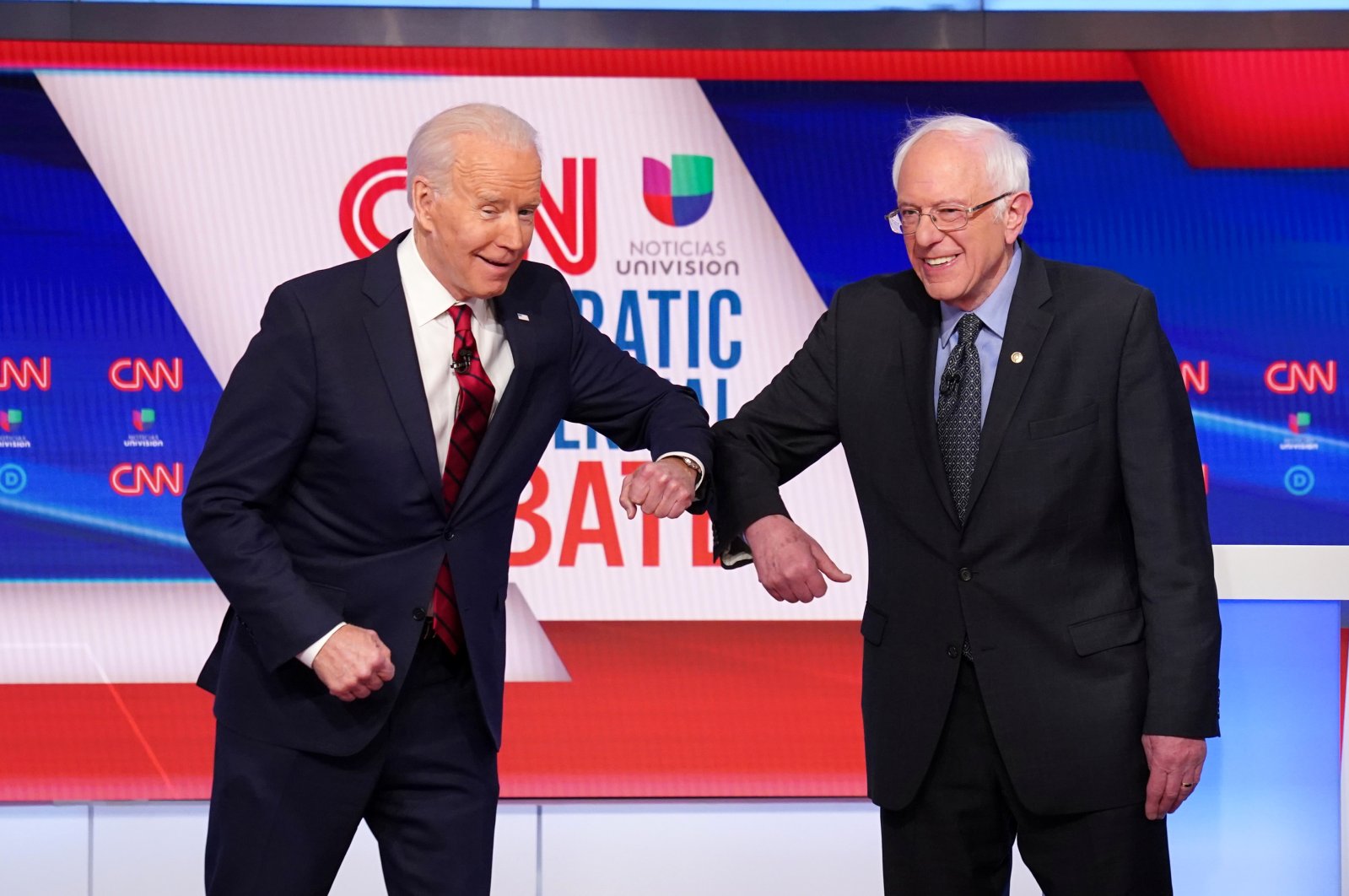 Former Vice President Joe Biden and Sen. Bernie Sanders sought in Sunday's Democratic debate to cast themselves as best-positioned to lead the nation through a global pandemic, with Biden pledging to deploy the military to help with recovery efforts and Sanders using the crisis to pitch his long-sought overhaul of the country's health care system.

The fast-moving coronavirus dominated the first one-on-one face-off of the 2020 campaign, reflecting the way the crisis has upended American life by closing schools, disrupting travel and raising questions about President Donald Trump's ability to lead the nation through turbulent times.

Biden's and Sanders' prescriptions for addressing the public health and economic crisis highlighted the ideological divide between the two men vying for the Democratic nomination. Biden, a centrist who helped implement the 2009 bailout of the financial industry, warned that another government-backed economic rescue plan may be needed in the coming months, while the liberal Sanders suggested a tax on the wealthiest Americans.

The stakes and the standings in the race for the Democratic nomination have shifted dramatically since Biden and Sanders last debated less than three weeks ago. After a sluggish start to the primary season, Biden has surged to the front of the field, drawing overwhelming support from black voters and consolidating the backing of several rivals who have dropped out of the race.

Sanders has struggled to broaden his coalition beyond young people and liberals and is quickly running out of time to regain momentum. Facing the prospect of more losses in contests on Tuesday, Sanders appeared focused on using Sunday's debate to vigorously pitch the sweeping government-backed domestic policy programs he has touted throughout his decades in politics.

He focused in particular on health care, reviving a now-familiar debate within the Democratic Party. Sanders argued that the troublesome shortages in coronavirus tests and anxiety over the preparedness of the nation's health care system to deal with an impending increase in patients highlights why the U.S. should move to the government-run, “Medicare For All” system he has long championed.

“One of the reasons that we are unprepared, and have been unprepared, is we don’t have a system. We’ve got thousands of private insurance plans," said Sanders, who backs a sweeping government-run health insurance program. “That is not a system that is prepared to provide health care to all people in a good year, without the epidemic.”

Biden argued that a pandemic was not a moment to attempt to push through an overhaul of the American health insurance system, a politically arduous endeavor.

“This is a crisis,” Biden said. “We’re at war with a virus. It has nothing to do with copays or anything.”

As the debate opened, Biden and Sanders skipped a handshake, greeting each other instead with an elbow bump. They took their positions at podiums spaced 6 feet apart in keeping with guidance from the Centers for Disease Control and Prevention for limiting the spread of the novel coronavirus. They addressed the nation, and each other, from a television studio in Washington without an in-person audience.

The pandemic has upended the campaign for days, prompting Biden and Sanders to cancel rallies and instead hold virtual events with voters around the country. Their campaign staffs are also working remotely, and the candidates – both in their late 70s – said they were taking personal precautions to guard against a virus that is a greater risk to the elderly.