Half of Americans worried about hunger, homelessness and violence 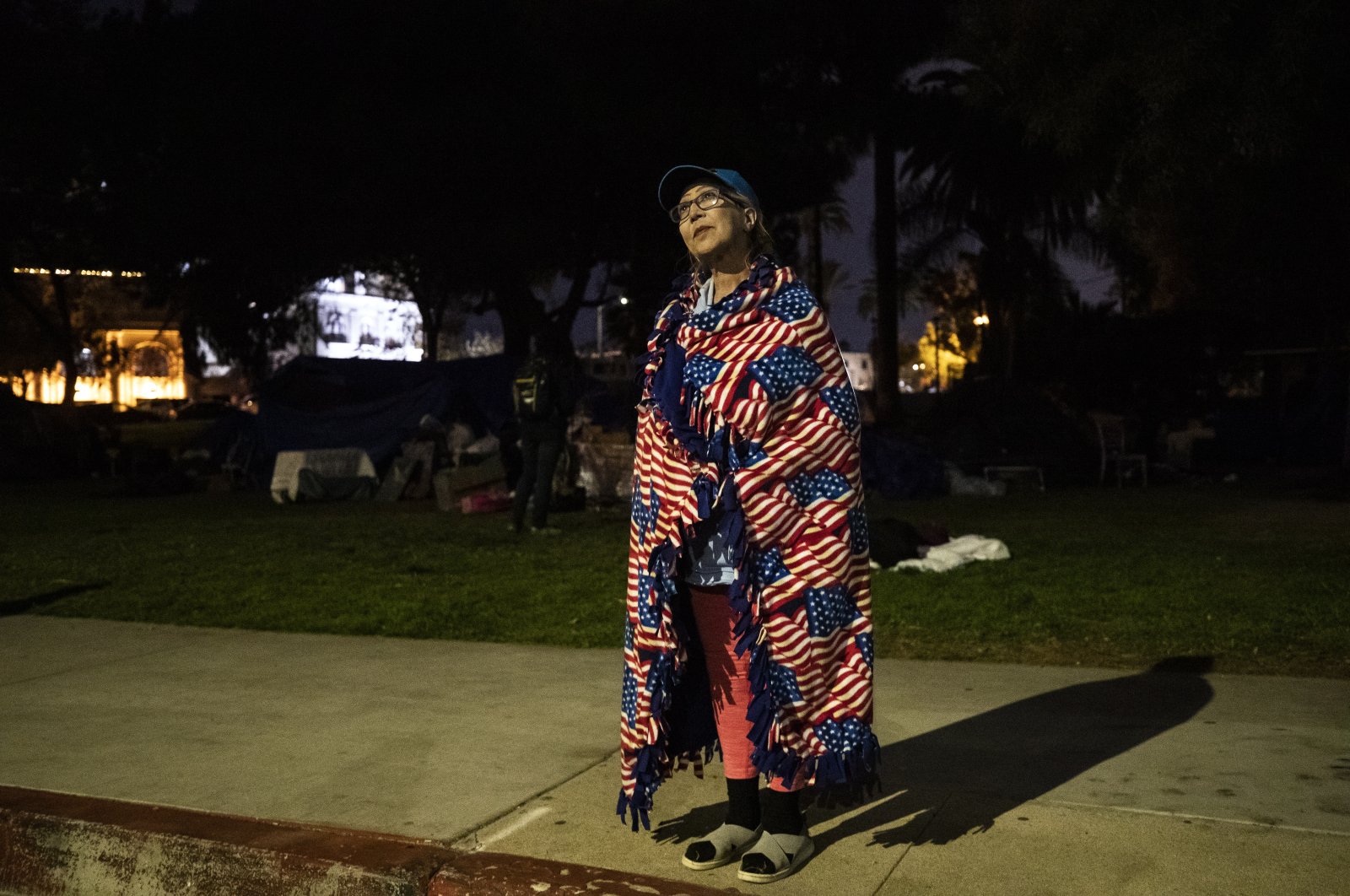 Antonia Ramirez from Mexico, experiencing homelessness for the past 20 years, stands wrapped in a blanket displaying American flags next to the tents of the homeless encampment of Echo Park Lake as a large police force is mobilized to clear the area in Los Angeles, California, U.S., March 24, 2021. (EPA Photo)
by DAILY SABAH Mar 26, 2021 10:57 pm
RECOMMENDED

Over 50% of Americans are worried about hunger and homelessness, the highest percentage on the issue in the last 20 years, a new Gallup poll showed Friday.

The poll showed that 55% of Americans are concerned about having access to food and shelter, up 8% from 2020.

Along with homelessness and hunger, concerns about the economy hit 49%, up from 33% in 2020, indicating a sharp incline.

Meanwhile, the fear of unemployment saw a significant surge from 23% to 38%, in a single year.

The COVID-19 pandemic was the main reason behind the surge, the poll results showed. The first case of COVID-19 in the U.S. was reported on Jan. 20, 2020. Since then, the U.S. has recorded over 30 million cases and more than 500,000 deaths. The applications for state unemployment benefits are still triple the levels seen before the health crisis, according to a report by Bloomberg.

Even though U.S. President Joe Biden pledged in his first prime-time address on March 3 to make all adults eligible for vaccines by May 1 and raised the possibility of beginning to “mark our independence from this virus” by the 4th of July, 52% of the participants said they have concerns about the availability and affordability of health care.

The poll result pointed to a record-high number of Americans, 48%, "worry a great deal" about race relations in the country. The figure dramatically increased 17% from the previous year. The survey attributed the increase to the killing of George Floyd, an unarmed Black man in police custody last May.

Half of Americans are also concerned about crime and violence, as the figures rose to 50% from 42% after Floyd's death.

Washington-based research and polling organization Gallup was founded in 1958 and is best known for its Gallup Polls, which are surveys conducted to measure public opinion on political and economic matters and to predict the outcome of key events, such as the U.S. presidential elections.

Gallup surveyed 1,010 U.S. adults from March 1 to 15 for the recent poll, as part of the company's annual update on Americans' concerns on national issues. The margin of error is plus or minus 4 percentage points.

US-LIBYA-RELATIONS
KEYWORDS
gallup us us poll