'Have you seen 'Midnight Express'?' Trump asked Erdoğan at G-20 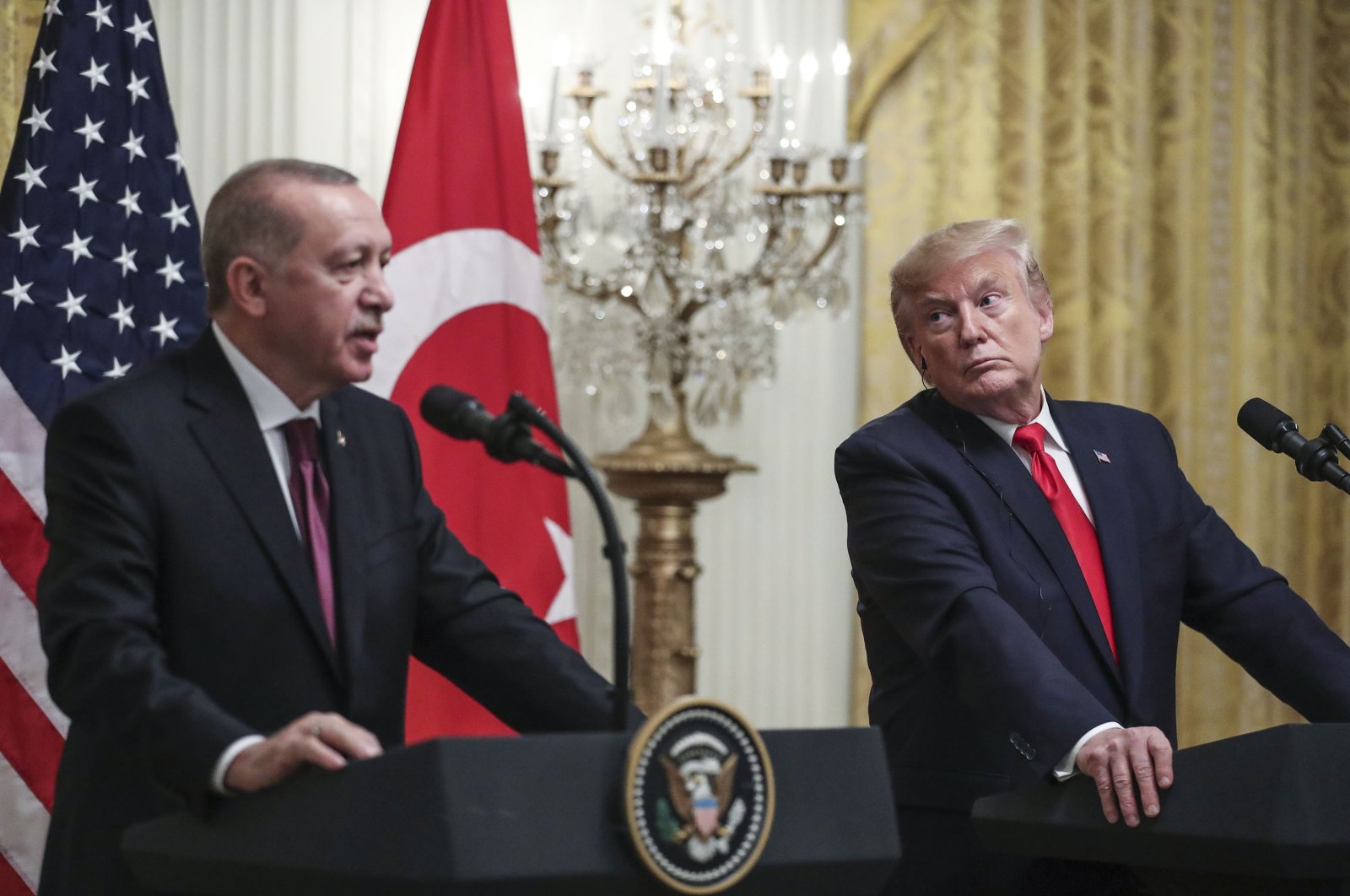 "I’ll Take Your Questions Now," a new book by Stephanie Grisham, former U.S. President Donald Trump’s third White House press secretary and chief of staff to Melania Trump when she was first lady, is set to hit the shelves this week, and among the many anecdotes contained therein is one where Trump inquires about the viewing habits of President Recep Tayyip Erdoğan. Specifically, asking Turkey's leader if he had seen "Midnight Express," the infamous Oliver Stone and Alan Parker production about Billy Hayes, who was arrested for trying to smuggle hashish out of Turkey in the early 1970s and who made his escape from the prison on Imrali Island 46 years ago to the day, on Oct. 2, 1975.

Made in 1978, "Midnight Express" sensationalized the rather apologetic and self-reflecting narrative that Hayes weaves in his book by the same name authored with the help of William Hoffer – who would adopt a far less conciliatory tone when he helped Betty Mahmoody pen "Not Without My Daughter."

A recent article in the Guardian talking about the contents of Grisham's upcoming book sheds some light on the incident. Grisham reports that during a meeting with Erdoğan, Trump “asked, out of the blue, ‘Have any of you guys ever seen 'Midnight Express'?’”

“That’s a dark movie for you guys,” Trump reportedly said.

“There was little reaction from the delegation,” Grisham writes, “maybe a few polite chuckles, before the conversation moved on, as if the president of the United States hadn’t just blurted that out.”

The Oscar-winning film has been criticized for depicting Turks as vicious and violent and damaging the country's reputation. It was produced during a time when the U.S. itself was imposing much harsher penalties on its own citizens for crimes similar to what Hayes committed and when the country had years earlier experienced a bloody prison uprising in Attica, New York. In many ways, the film was a way to project the faults of the U.S. onto the Turkish "other." Both the film's director, Alan Parker, and its writer, Oliver Stone, have said they regret how Turkish characters in the film were portrayed.

"I loved going back to Istanbul in 2007 and connecting with the Turkish people, balancing some of the misinformation of the movie ... the U.S. is struggling to get past the right-wing thuggery of Trump. I wish Turkey well, " Hayes told Daily Sabah when asked about the revelation in Grisham's book.

Hayes currently resides in Las Vegas, Nevada, and has plans to revive his one-man show “Riding the Midnight Express With Billy Hayes" once the COVID-19 pandemic eases. Seven years ago Hayes also raised the Turkish flag above Wall Street as part of Republic Day celebrations.