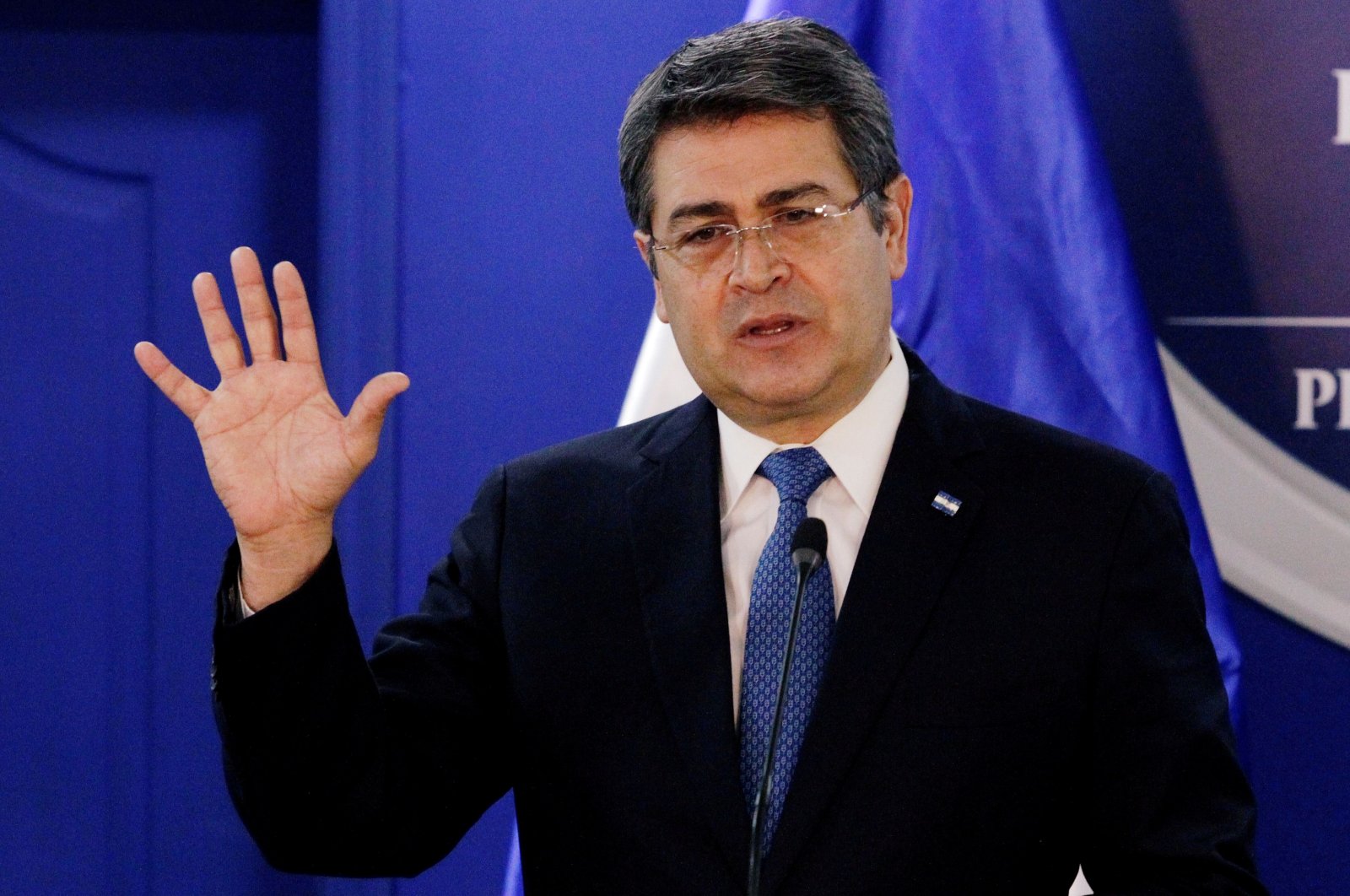 That defendant, Geovanny Fuentes, bribed the president with $25,000 in cash and this made Fuentes "untouchable," prosecutor Jacob Gutwillig said in opening arguments at the New York federal trial.

The president said the prosecutor, "made the defendant bullet-proof."

Fuentes paid the money to Hernandez in meetings in 2013 and 2014, the prosecutor said. Hernandez, who denies all the allegations against him, has been in power since January 2014.

Accountant Jose Sanchez, who was at those meetings, will tell the jury "the shock, the fear he felt when he saw the defendant sitting with the president," said Gutwillig.

Sanchez worked at a rice-growing company through which the defendant laundered money, the prosecutor alleged.

This witness will tell the jury that the president told Fuentes "that they'd transport so much cocaine into the US they'd shove the drugs up the noses of the gringos," said Gutwillig.

Defense attorney Eylan Schulman tried to discredit what the witness allegedly plans to tell the jury.

Sanchez, said Schulman, "has a lot to gain and little to lose. He has an asylum application pending with the immigration service."

The defense also told the jury that it should not believe the testimony to be given by Leonel Rivera, former leader of the Honduran cartel Los Cachiros, who killed 78 people, tried to kill 15 others and is imprisoned in the United States for drug trafficking.

"The (U.S.) government agreed to make a deal with this devil... he should never be believed," Schulman said.

U.S. prosecutors consider Hernandez to be a co-conspirator of Fuentes in smuggling tons of cocaine to the U.S. but they have not charged him.

The president's brother, Tony Hernandez was convicted of large-scale drug trafficking at a New York trial in 2019.

The sentencing, in that case, has been delayed several times and is now scheduled for March 23. The brother could be sentenced to life in prison.

Prosecutors say he was the middle man between accused trafficker Fuentes and the president.

The prosecution also showed the jury photos of Fuentes' brother and son with Hernandez that were found on his phone.

And it showed photos of several weapons found on the iCloud account of one of Fuentes' sons – including an automatic rifle it said was offered as a gift to Hernandez with his initials and title inscribed above the trigger.

On Monday Hernandez tweeted that witnesses at the trial were set to give "false testimony" against him.

"We strongly support the rule of law and the fight against impunity. That is true in Honduras, it is true at all levels in Honduras," U.S. State Department spokesperson Ned Price told reporters Tuesday.

"Any leader, I think it is fair to say, not prepared to combat the corruption won't be in a position to enjoy a close partnership with the United States."