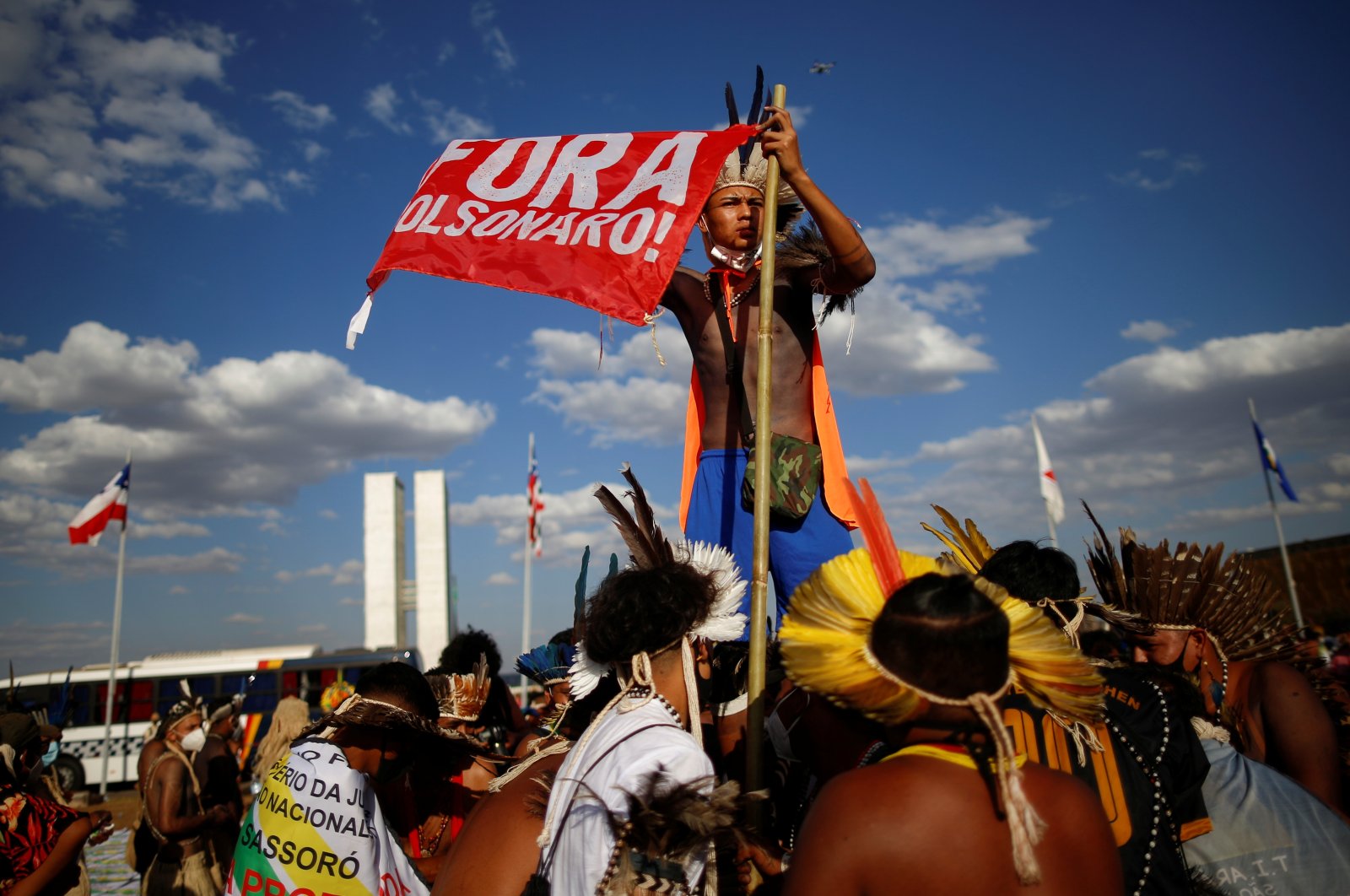 An Indigenous Brazilian holds a banner reading "Bolsonaro out" during a protest for land demarcation and against President Jair Bolsonaro's government, near the National Congress in Brasilia, Brazil, Aug. 24, 2021. (Reuters Photo)
by Agencies Aug 25, 2021 10:15 am
RECOMMENDED

At a rally in the capital Brasilia on Tuesday, more than 6,000 Indigenous Brazilians urged the country's Supreme Court not to touch their ancestral areas and to allow the establishment of new protected areas.

Demonstrators gathered outside the court building used 380 lamps to spell out the words "Brazil, Indigenous land," according to a statement from the Indigenous umbrella organization Apib. On Wednesday, the Supreme Court is expected to rule on the Indigenous people's claim to their ancestral land.

Wednesday's ruling will guide the federal government and future courts in settling Indigenous land issues and addressing Indigenous rights. Indigenous representatives have been staging protests in Brasilia since Sunday ahead of the ruling. They have also demonstrated in front of the National Congress, carrying posters with slogans like "Bolsonaro out," according to the Deutsche Presse-Agentur (dpa).

Right-wing President Jair Bolsonaro is a proponent of the economic exploitation of the Amazon region and announced in the 2018 election campaign that he would no longer designate an inch of it as a protected area.

That bill, which passed a lower-house committee vote in June and is now due to come before the full Congress, is one of several legislative initiatives that Indigenous activists and environmentalists say Bolsonaro and his allies are trying to use to further the advance of agriculture and industry into Brazil's rapidly disappearing forests, including the crucial Amazon rainforest.

"It's a very important case at a time when we are seeing numerous setbacks in terms of Indigenous rights," Juliana de Paula Batista, a lawyer with the Socio-Environmental Institute (ISA), told Agence France-Presse (AFP).