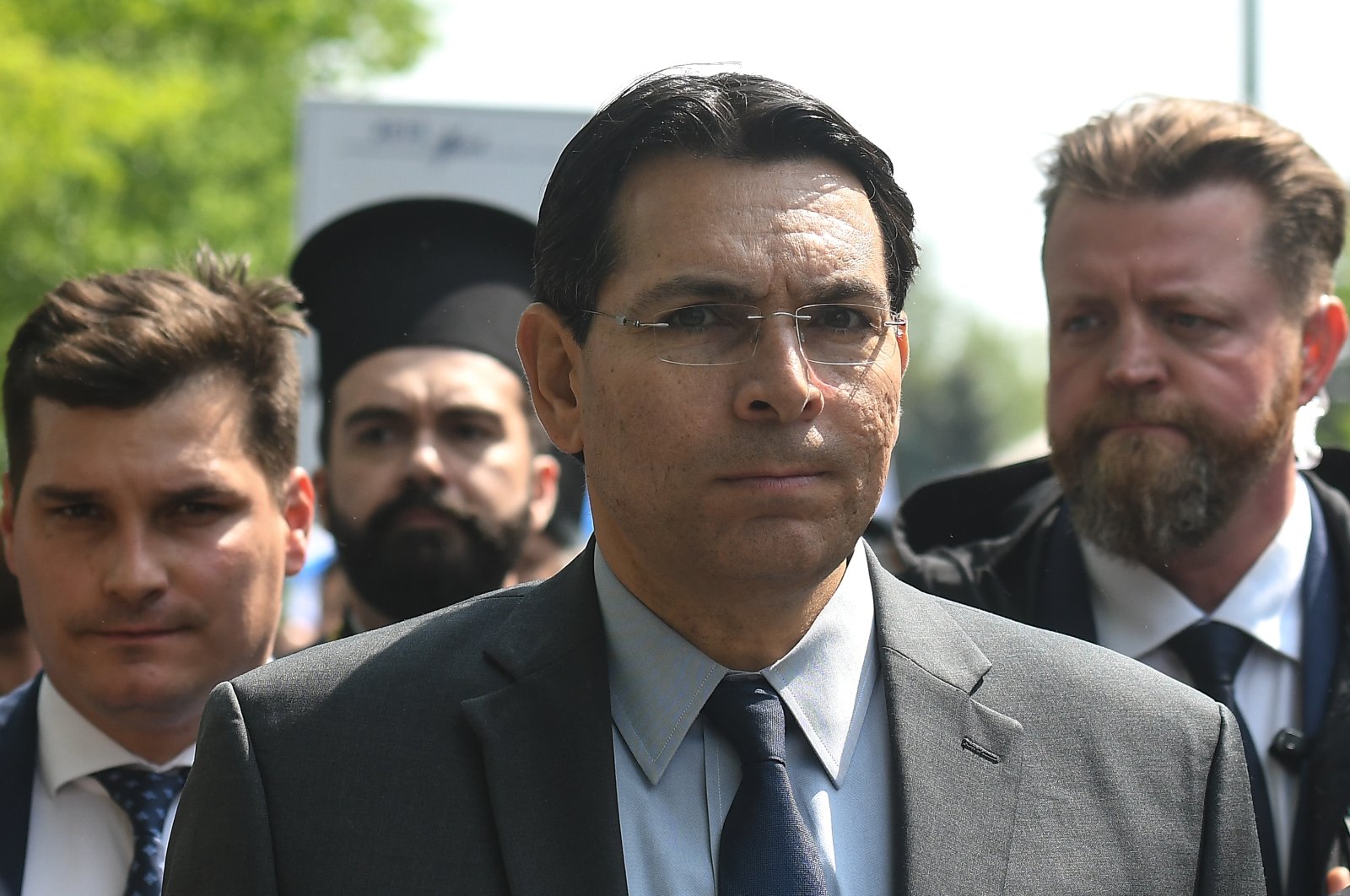 Danny Danon, Israel’s Ambassador to the U.N., at the 31st annual International March of the Living between the former Nazi concentration camps Auschwitz I and Auschwitz-Birkenau in Oswiecim, Poland, on May 2, 2019. (Photo by Artur Widak / NurPhoto, File)
by Daily Sabah Jan 03, 2022 8:17 pm
RECOMMENDED

“Solidarity is a verb” slogan is somehow anti-Semitic, according to Israel’s envoy to the United Nations, Danny Danon.

On Monday, Twitter users were left scratching their heads, looking for the tiniest hint of supposed anti-Semitism in an Instagram post by famous British actress Emma Watson, which read “Solidarity is a verb” with pro-Palestinian protesters in the background after the Israeli envoy accused the celebrity of being an evil hater of Jewish people.

In the tweet, Danon also mentioned Watson, who is well-known as a human rights advocate and humanist, by adding her handle.

“10 points from Gryffindor for being an antisemite,” Danon said, in a reference to the Harry Potter movies in which the actress played the role of Hermione that led to her fame.

After tweeting the hilarious accusation, the envoy was blasted by social media users, even by pro-Israel ones who criticized him for harming the Middle Eastern country's reputation.

"Ratio," many users said, using the well-known Twitter jargon to refer to tweets so unpopular that they get only a handful of likes and thousands of negative comments.

VIDEO — Former Israeli Government Minister Shulamit Aloni confesses that "it's a trick" for Israel to use false anti-Semitism accusations in accordance with its interestspic.twitter.com/CTfS4OqfgD

False accusations of anti-Semitism have long been used by Zionist politicians in attempts to quash any dissent to Israeli atrocities, no matter how illogical the claims are.