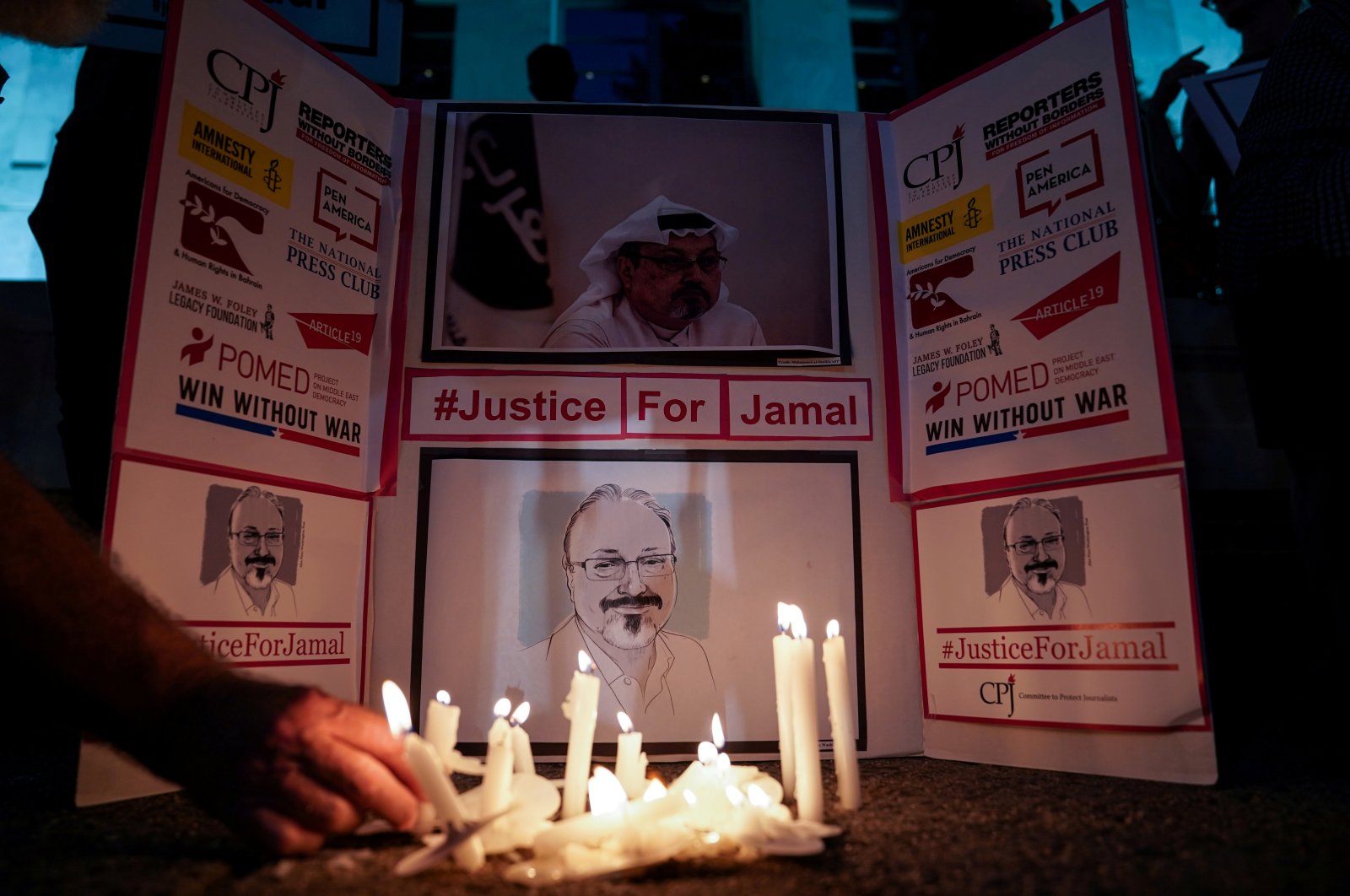 The Committee to Protect Journalists and other press freedom activists hold a candlelight vigil in front of the Saudi Embassy to mark the anniversary of the killing of journalist Jamal Khashoggi at the kingdom's consulate in Istanbul, Washington, D.C, the U.S., Oct. 2, 2019. (Reuters Photo)
by Agencies
Feb 26, 2021 11:58 pm

The United States on Friday imposed sanctions on an elite Saudi unit as well as a former intelligence official over their role in the killing of dissident journalist Jamal Khashoggi.

The Treasury Department said it would block assets and criminalize transactions with the Rapid Intervention Force, which a declassified intelligence report said was answerable to Crown Prince Mohammed bin Salman (MBS), as well as former intelligence official Ahmad Al-Assiri.

"Those involved in the abhorrent killing of Jamal Khashoggi must be held accountable," Treasury Secretary Janet Yellen said in a statement.

"The United States stands united with journalists and political dissidents in opposing threats of violence and intimidation."

President Joe Biden declassified an intelligence report that found that MBS ordered the 2018 killing of Khashoggi at the Saudi consulate in Istanbul.

The report said that seven of the 15 members of the hit squad belonged to the Rapid Intelligence Force.

Al-Assiri, part of the crown prince's inner circle, was exonerated in a closed-door trial in Saudi Arabia that was sharply criticized by rights groups.

The 59-year old Khashoggi was a Saudi journalist living in self-imposed exile in Virginia who wrote opinion pieces for the Washington Post critical of the policies of the crown prince.

He was lured on Oct. 2, 2018, to the Saudi consulate in Istanbul with a promise of a document that he needed to marry his Turkish fiancee. A team of operatives linked to MBS killed him there and dismembered his body. His remains have not been found.

Riyadh initially issued conflicting stories about his disappearance, but eventually admitted that Khashoggi was killed in what it called a "rogue" extradition operation gone wrong.

Twenty-one men were arrested in the killing and five senior officials – including the deputy intelligence chief, Ahmad Asiri, and Al-Qahtani, an MBS insider – were sacked.

In January 2019, 11 people were put on trial behind closed doors. Five were given death sentences, which were commuted to 20 years in prison after they were forgiven by Khashoggi’s family, while three others were given jail terms.