Lawmakers in US state of Virginia approve ending death penalty 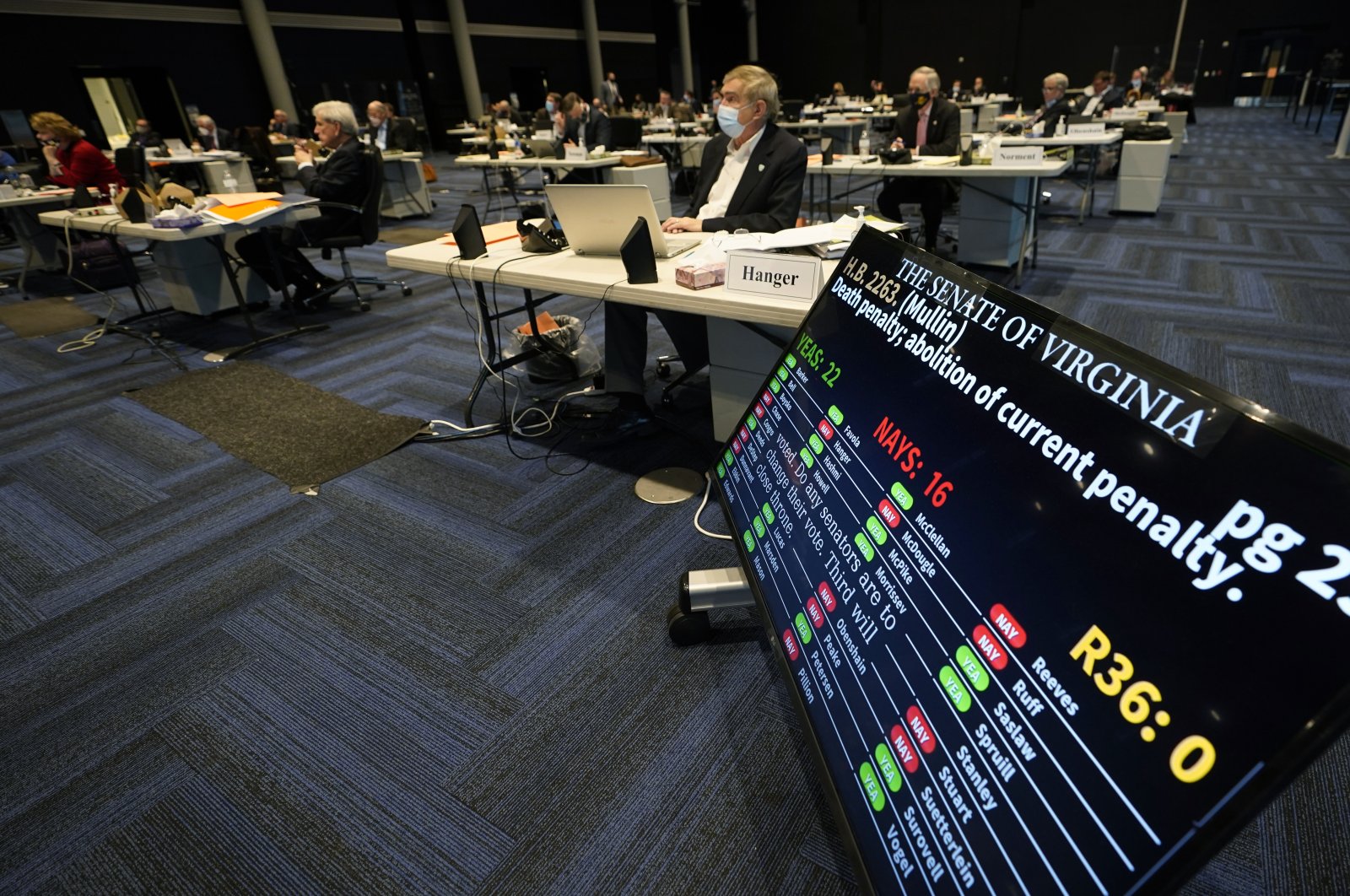 Virginia State Sen. Emmett Hanger, R-Augusta (front) looks at the vote tally board during a vote on a death penalty abolition bill at the Senate session at the Science Museum of Virginia in Richmond, Va., Monday, Feb. 22, 2021. (AP Photo)
by ASSOCIATED PRESS Feb 22, 2021 8:57 pm
RECOMMENDED

State lawmakers gave final approval Monday to a bill that will end capital punishment in Virginia, a dramatic turnaround for a state that has executed more people in its history than any other.

The legislation repealing the death penalty now heads to Democratic Gov. Ralph Northam, who has said he will sign the measure into law, making Virginia the 23rd state to stop executions.

Virginia’s Democratic majority, in control of the General Assembly for a second year, pushed the repeal effort, arguing that the death penalty has been applied disproportionately to people of color, the mentally ill and the indigent. Republicans raised concerns about justice for victims and their family members and said there are some crimes that are so heinous that the perpetrators deserve to be executed.

Both the House and Senate approved separate repeal bills earlier this month. On Monday, the Senate approved the House bill, advancing it to Northam on a 22-16 vote. Republican Sen. Jill Vogel joined with Democrats in the chamber in voting for passage.

The House was expected to vote on the Senate version later in the day.

Historically, Virginia has used the death penalty more than any other state, executing nearly 1,400 people since its days as a colony, according to the Death Penalty Information Center. Since the U.S. Supreme Court reinstated the death penalty in 1976, Virginia, with 113 executions, is second only to Texas.

Only two men remain on Virginia’s death row. Anthony Juniper was sentenced to death in the 2004 slayings of his ex-girlfriend, two of her children, and her brother. Thomas Porter was sentenced to die for the 2005 killing of a Norfolk police officer. The repeal legislation would convert their sentences to life in prison without parole.