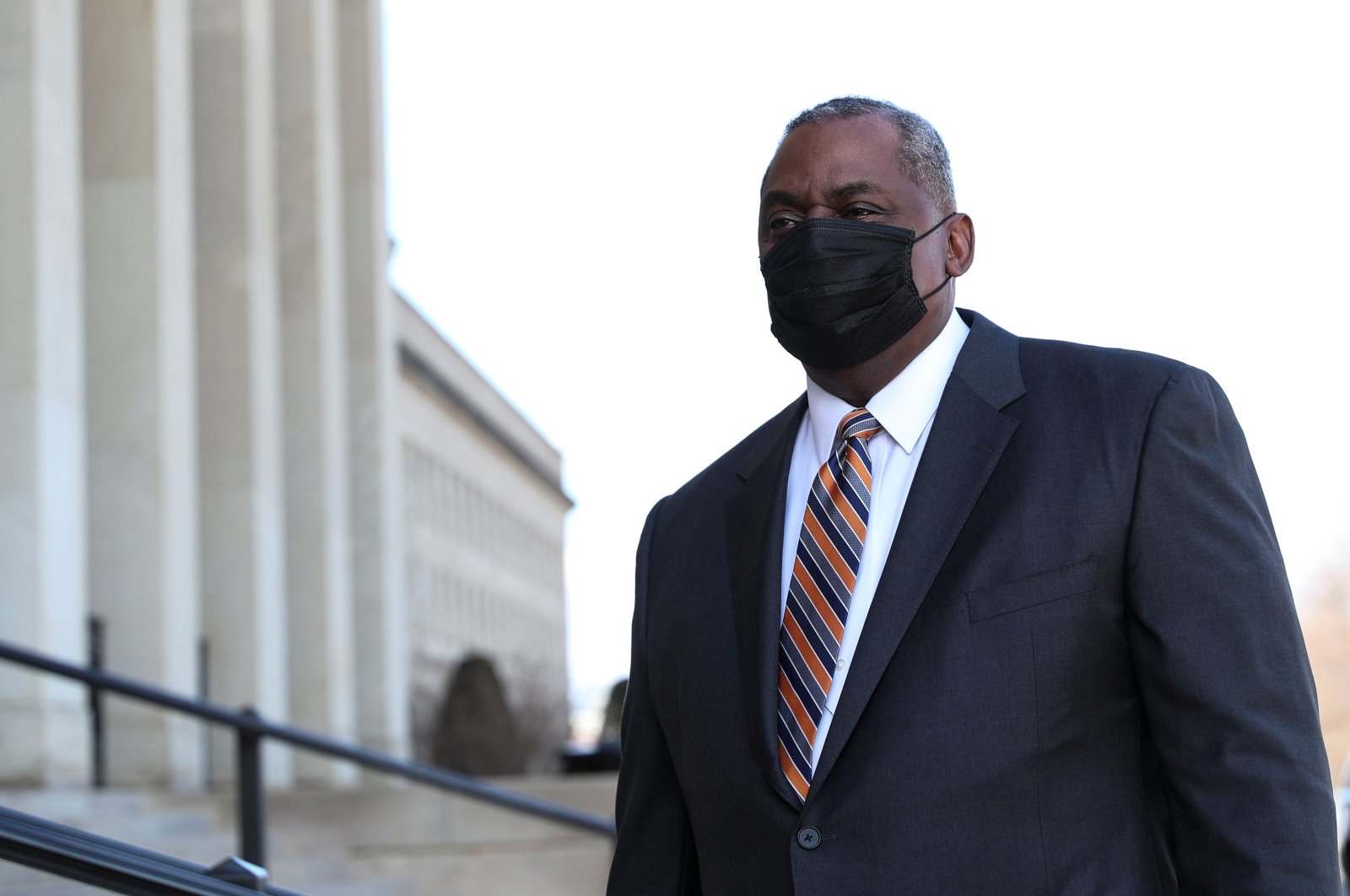 The retired Army general Lloyd Austin broke down barriers on Friday by becoming the first Black defense secretary of the United States, arriving at the Pentagon minutes after his Senate confirmation to a busy schedule that included a call with NATO's secretary general.

"See you around campus," the 67-year-old Austin said as he greeted reporters on the steps of the Pentagon.

After being sworn in, Austin received his first intelligence briefing as Pentagon chief. At 2:30 p.m., he was to chair a meeting on the coronavirus pandemic with top Defense Department leaders, many joining virtually, the Pentagon said.

The pandemic -- and its death toll of over 400,000 Americans -- was the theme of Austin's first message to the U.S. armed forces. He noted the military's support to America's health care professionals, and said, "You can expect that mission to continue."

"But we must help the federal government move further and faster to eradicate the devastating effects of the coronavirus," Austin said, without detailing additional assistance.

Austin and President Joe Biden have repeatedly pledged to improve diversity in the U.S. military -- America's largest employer -- which is largely white and male at the top even though the lower ranks are diverse.

Austin has been a trailblazer for much of his professional career. As a lieutenant colonel, he became the first Black soldier to be named operations officer of the 82nd Airborne Division.

Austin was the first Black soldier to command both an infantry division and Army Corps in combat; the first Black officer to become vice chief of staff of the Army; and the first to lead U.S. Central Command, overseeing U.S. military forces in the Middle East.

"There is kind of a sad commentary here, and that is it shouldn't have taken us this long to get here. There should have been someone who preceded me," Austin said in a video message posted on Twitter earlier this month.

Austin's appointment as defense secretary required approval by Congress of a waiver because Austin, who retired in 2016, had not been out of uniform for seven years -- the minimum required under a law meant to ensure civilian control of the military.

After approving the waiver on Thursday, the Senate voted overwhelmingly to confirm him on Friday in a 93-2 vote in the 100-member chamber.

Senator Tammy Duckworth, a former Army National Guard helicopter pilot who lost both legs when she was shot down in Iraq in 2004, voted in favor of confirming Austin, even after voting against the waiver over concerns about civilian control of the military.

"His confirmation is yet another historic step in his barrier-breaking career, and I look forward to working with Secretary Austin to protect our troops and safeguard our nation," said Duckworth, who is Thai-American.