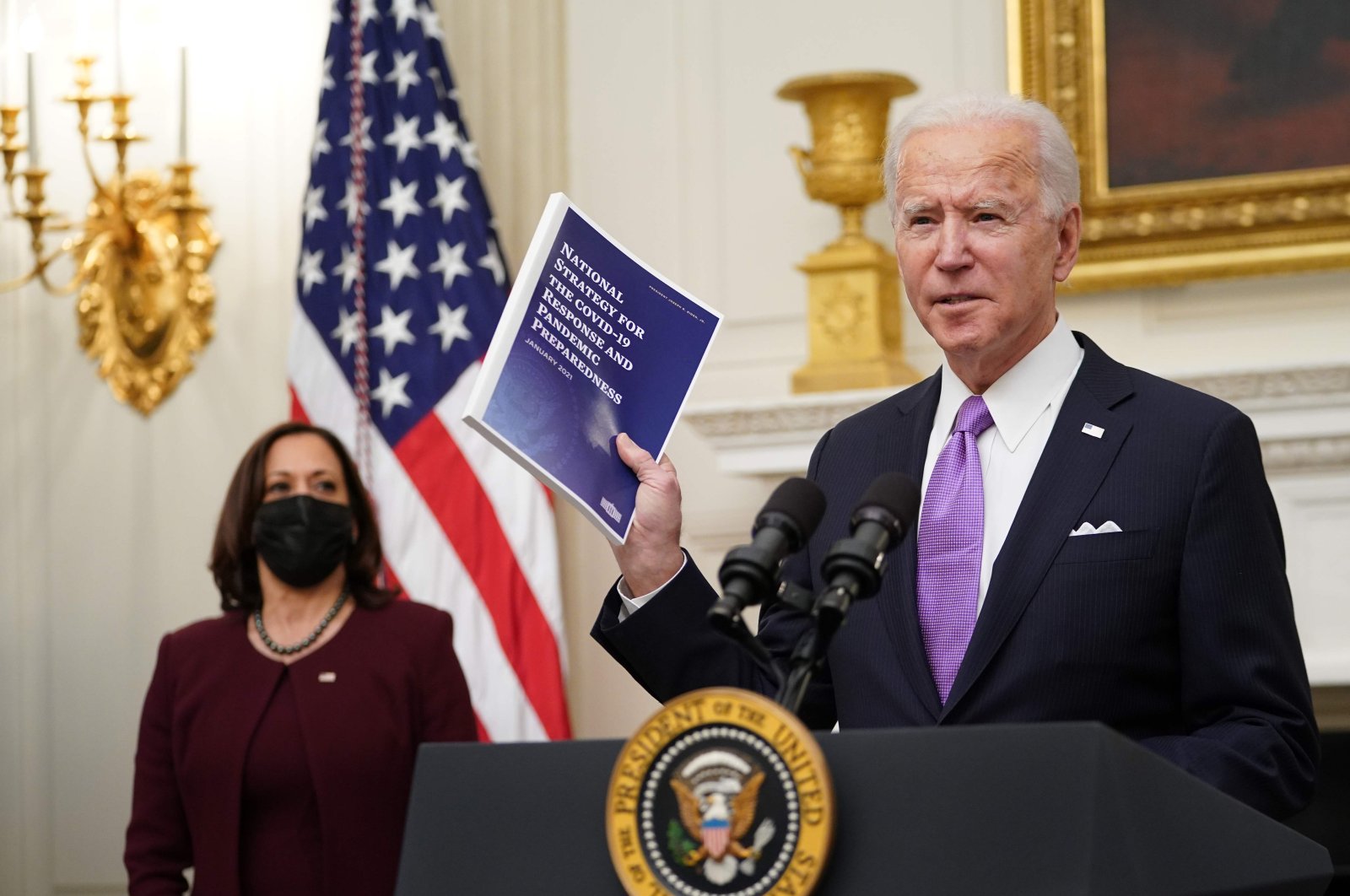 On his first full day in the White House, U.S. President Joe Biden moved swiftly to coordinate a federal effort to fight the COVID-19 pandemic on Thursday, saying that the rollout of the vaccination campaign in the United States has been a "dismal failure so far."

"Things are going to continue to get worse before they get better," Biden said of the toll from the virus. He also made a personal plea to all Americans to wear masks over the next 99 days to stop the spread of the virus, which has killed 405,000 people and infected more than 24 million in the United States, the highest numbers anywhere in the world. Millions of Americans have been thrown out of work due to lockdowns.

"This is a wartime undertaking," he said.

Biden's tone and plans were in stark contrast to his predecessor, Donald Trump, who often sought to downplay the severity of the crisis and left much of the planning to individual states, resulting in a patchwork of policies across the country.

Executive orders signed by Biden on Thursday will establish a COVID-19 testing board to ramp up testing, address supply shortfalls, establish protocols for international travelers and direct resources to hard-hit minority communities. They will require mask-wearing in airports and on certain public transportation, including many trains, airplanes and intercity buses.

The administration will expand vaccine manufacturing and its power to purchase more vaccines by "fully leveraging contract authorities, including the Defense Production Act," according to the White House plan.

The Trump administration had invoked the law, which grants the president broad authority to "expedite and expand the supply of resources from the U.S. industrial base” for protective gear, but never enacted it for testing or vaccine production.

Biden will also direct the Federal Emergency Management Agency (FEMA) to reimburse states and tribes fully for the costs associated with National Guard-related efforts to battle the virus. The measure restores "full reimbursement" from the FEMA Disaster Relief Fund for costs related to reopening schools.

FEMA funds are typically dispersed after hurricanes, floods and other natural disasters. Biden has pledged to provide 100 million doses of the coronavirus vaccine during his first 100 days in office. His plan aims to increase vaccinations by opening up eligibility for more people such as teachers and grocery clerks.

As of Thursday morning, the U.S. Centers for Disease Control and Prevention (CDC) said it had administered 17.5 million doses of COVID-19 vaccine out of some 38 million distributed.

The virus cast a shadow over Biden's inauguration on the steps of the U.S. Capitol on Wednesday.

Crowds, which often reach into the hundreds of thousands for the swearing-in of a president, were kept away for fear of spreading infections. The Democratic president has put fighting the disease at the top of a daunting list of challenges, including rebuilding a ravaged economy and addressing racial injustice, and has proposed a $1.9 trillion COVID-19 package that would enhance jobless benefits and provide direct cash payments to households to alleviate the financial pain from the coronavirus.

The House is planning to bring the bill to a vote the first week of February, Pelosi said Thursday. Some of Biden's early initiatives could get bogged down in Congress, where the Senate is considering how to proceed with the impeachment trial of Trump.

The House impeached Trump last week for inciting an insurrection in a deadly assault on the Capitol. Democrats now have a narrow majority in both houses.

A source familiar with the planning said Pelosi could send the article of impeachment to the Senate as early as Friday. Under Senate rules, the trial would start a day after that happens. Some Democrats have hinted that a delay might be engineered in order to keep Biden's agenda and Cabinet appointments on track.