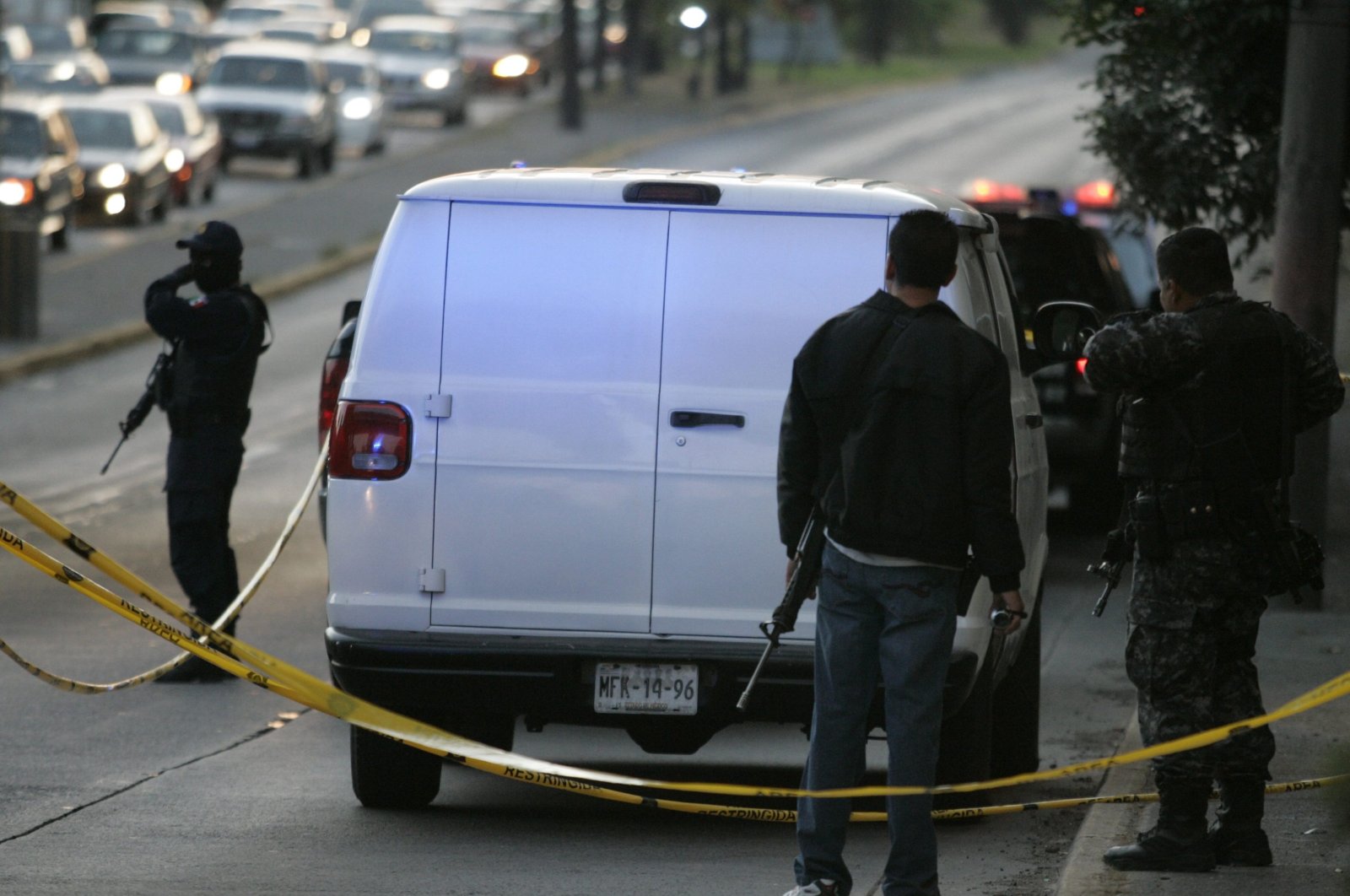 Police stand near a truck with several dead bodies inside in this file photo, in Guadalajara, Mexico, Nov. 24, 2011. (Reuters Photo)
by Compiled from Wire Services Apr 09, 2020 12:37 pm
RECOMMENDED

A Mexican mayor has been shot by a gang in the southern Mexican state of Quintana Roo, after he blocked the roads to his town to prevent the spread of the novel coronavirus.

According to the local media, Obed Duron Gomez, who was the mayor of Mahahual, was shot while he was on his way to meet with the community of Xcalak.

Gomez was in a white minibus with other passengers when unidentified individuals opened fire from another vehicle that pulled up alongside the bus.

The mayor was declared dead after hours of emergency surgery at the hospital.

While the gunmen managed to escape, the police found 20 spent cartridges at the scene of crime.

The media reports said that Gomez had received threatening notes from criminal gangs who use the area to ship drugs. The gang had to pick up a drug shipment from the coast after the mayor declared his decision to block Mahahual’s roads amid the coronavirus pandemic.

The General Prosecution of Quintana Roo said that they were investigating the case, however the motive of the murder is still not confirmed. Some reports claimed that the murder was a revenge attack after the arrest of five people last week.

Local media constantly reports about drug-related cases in the area, including the information that residents in Xcalak often make a living by looking for packets of cocaine thrown by the planes of drug traffickers on the Caribbean coast.

It was reported that Colombian drug traffickers throw drugs into the sea and pick it up by boats. However, sometimes the drugs reach the beaches, where they are picked up by locals and sold.

The coronavirus crisis has partially paralyzed the economy in Mexico, where the population has been asked to self-isolate in an attempt to slow down the spread of the virus.

So far, 3,181 cases of COVID-19, the life-threatening disease caused by the novel coronavirus, have been confirmed, while 174 people who tested positive have died so far.