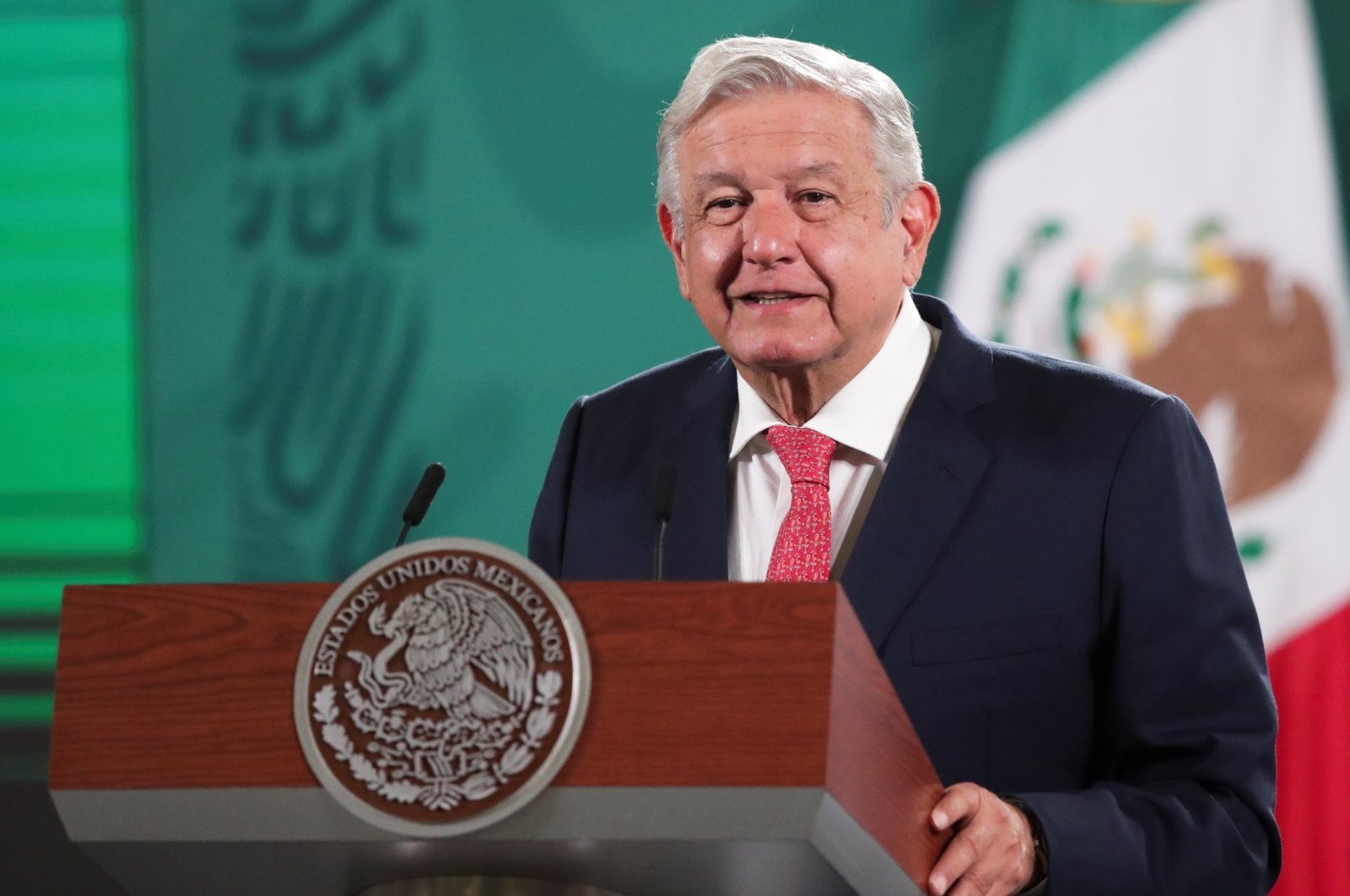 Mexican President Andres Manuel Lopez Obrador’s party and its allies appear poised to maintain their majority in Mexico's lower chamber of Congress, according to initial results.

Electoral authorities released "quick count” results based on exit polls that allow estimates of the voting trends to determine the rough potential makeup of the Mexican Chamber of Deputies late Sunday.

Lopez Obrador's Morena party will have to rely on votes from its allies in the Workers Party and Green Party, but together they are expected to capture between 265 and 292 seats in the 500-seat chamber. Morena alone is expected to win 190 to 203 seats. That would signal a significant decline for the president's party.

In the current congress, Morena has a simple majority, holding 253 seats on its own. It would also deprive the president of a qualified majority of two-thirds required to approve constitutional reforms.

The opposition alliance made up of the Institutional Revolutionary Party, National Action Party and Party of the Democratic Revolution were estimated to win between 181 and 213 seats. Those would be gains for those parties, which have often appeared rudderless in the face of Lopez Obrador's popularity.

Even without Lopez Obrador on the ballot, the midterm elections were seen by many as a referendum on his administration and his ability to continue what he calls the "Fourth Transformation” of Mexico.

Turnout was high for midterm elections, edging above 51% of eligible voters. Lopez Obrador's critics had depicted the elections as a chance to stop the still-popular president from concentrating more power and weakening checks and balances.

The president said the opposition is dominated by conservatives who oppose his campaign against corruption and wasteful spending. Lopez Obrador has complained about courts and independent regulatory agencies that have blocked some of his tougher proposals to empower state-owned industries.

Opponents warned that if he won a majority, he might try to subjugate courts and regulatory agencies created during Mexico's decadeslong transition to full democracy. After polls closed, Lorenzo Cordova, president of the National Electoral Institute, declared the election a success. He said only 30 of more than 130,000 polling places across the country were not able to open due to a variety of circumstances.

Half of those unopened polling places were in the southern state of Oaxaca where voting materials were stolen or damaged, institute Executive Secretary Edmundo Jacobo said Sunday night. Representatives of the major parties speaking at the electoral institute's general council meeting applauded the conduct of Sunday's vote amid the pandemic, despite noting that the run-up to voting was one of the most violent in recent times. As for much of the campaign, violence marked the days leading up to the vote.

On Saturday, an employee of the state prosecutors’ office in Chiapas who was not authorized to be quoted said five people who were carrying voting material to polling places were ambushed and killed on a rural highway. Those killed appeared to be volunteers, not government employees. Three dozen candidates, mostly for local posts, have been killed to date, and Friday, a government electoral agency worker was shot to death in Tlaxcala state, near Mexico City.

Fifteen of the country's 32 state governorships also were at stake. Almost 20,000 local posts including mayors and town council seats were being decided in 30 states, and those have often been the most violence-scarred races.

Results from those local and state-level races were not expected before Monday. Lopez Obrador has raised minimum wages and strengthened government aid programs such as supplementary payments to the elderly and students and implementing training programs for youths. He has also created a quasi-military National Guard and given the army a huge role in building his pet projects, which include trains, an oil refinery and airports. But he has not hewed to a traditional leftist line.

He has maintained friendly, if sometimes tension-fraught, relations with the United States and willingly helped keep tens of thousands of Central American migrants from reaching the U.S. border. He abhors government debt or waste.

Opponents depict him as intolerant of criticism and obsessed with a nostalgic 1960s vision of Mexico when oil was king and state-owned companies dominated many sectors of the economy. Socially conservative and a professed Christian "in the broadest sense,” he has angered feminists with his policies but has pleased many Mexicans by living austerely.

The elections represent the first mass public events since the coronavirus pandemic hit the country over a year ago, though case numbers have fallen and Mexico has vaccinated about a quarter of adults.

The estimated 350,000 fatalities in the pandemic – about 230,000 of them test-confirmed – do not appear to have played a major role in the campaigns, but may weigh on voters’ minds.