Mexico votes for 20,000 positions in biggest election in history 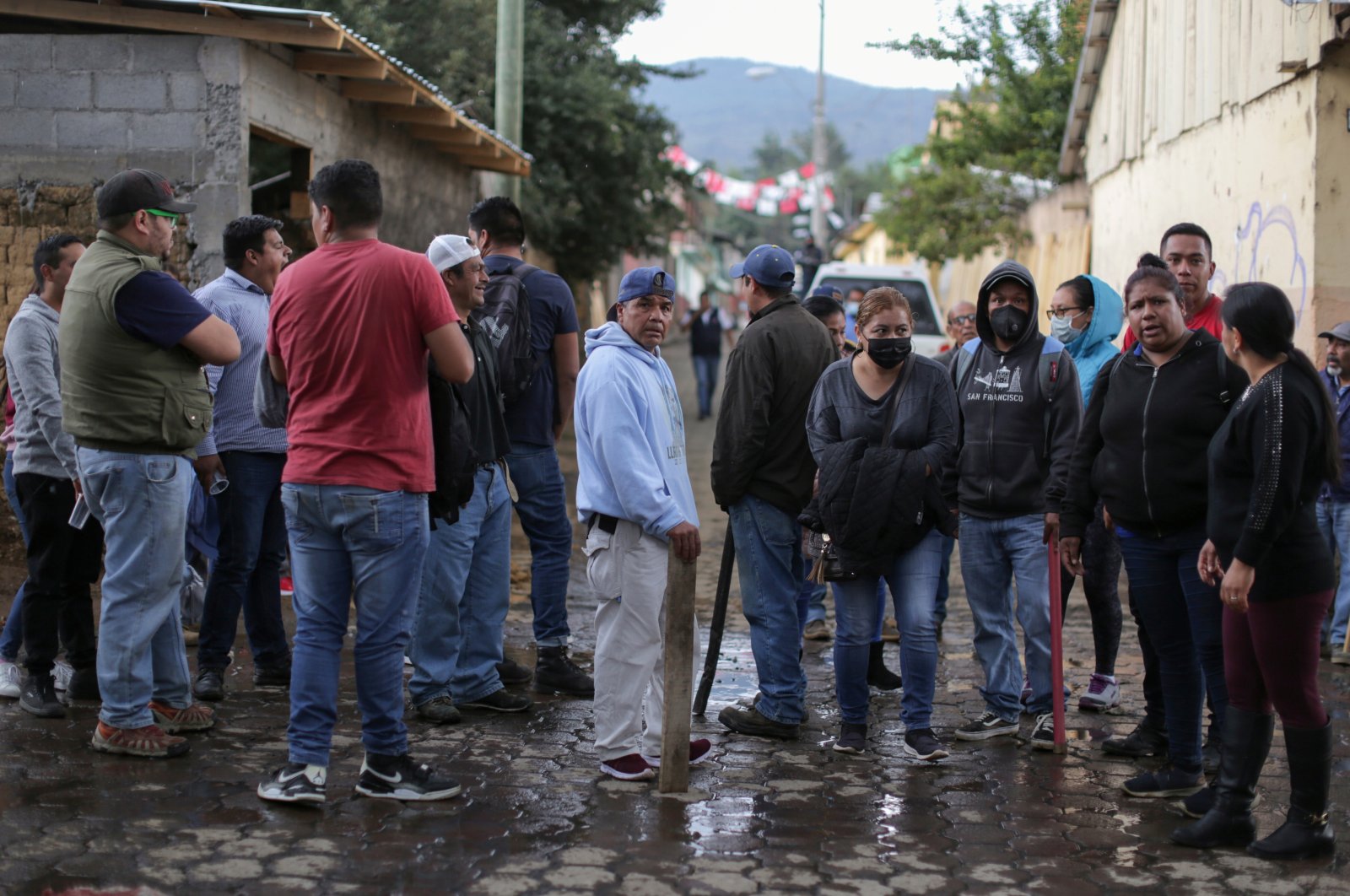 Residents are seen along the street ahead of midterm elections in Nahuatzen, Mexico, June 5, 2021. (Reuters Photo)
by Agencies Jun 06, 2021 1:49 pm
RECOMMENDED

Mexicans vote Sunday in elections seen as pivotal to President Andres Manuel Lopez Obrador's promised "transformation" of a country shaken by the coronavirus pandemic, a deep recession and drug-related violence.

Never before have so many offices been at stake on an election day in Mexico as citizens of the Latin American country were casting their ballots on Sunday for over 20,000 positions. All 500 seats of Mexico's lower house of parliament are up for grabs, as are 15 of the country's 31 governorships.

The remaining positions are mostly at the municipal level, including nearly 2,000 mayoral offices. Since the campaign began, at least 89 politicians, including 35 candidates, and dozens of their relatives and associates have been killed, according to figures from the consulting firm Etellekt.

The International Crisis Group think tank points to competition between criminal groups for influence over the state's corrupt institutions as the cause of the violence, according to a report. Observers also see the elections as a referendum on how Obrador stacks up nearly halfway through his six-year term.

It's not looking good: So far he has failed to get a grip on the violence that's part of an ongoing drug war, and Mexico is also one of the countries worst affected by the pandemic. Nevertheless, Lopez Obrador is enjoying approval ratings of around 60% in opinion polls, mainly thanks to his popular image. The collapse of an elevated metro line in the capital on May 3 that left 26 people dead does not appear to have had a significant impact on his support levels, as the Deutsche Presse-Agentur (dpa) reported.

Lopez Obrador – known by his initials AMLO – pushing through reforms under his so-called "Fourth Transformation" plan.

"What's at stake is nothing less than the future of Mexico," Pamela Starr, professor at the University of Southern California, said in a panel discussion about the elections. "Voters are choosing really between two competing visions of Mexico and its future – between Lopez Obrador's Fourth Transformation and to a certain extent a return to the policies that preceded it," she added according to remarks carried by Agence France-Presse (AFP).

Lopez Obrador was elected in 2018 for a term of six years, vowing to overhaul Mexico's "neoliberal" economic model, root out corruption and end profligacy by a privileged elite. The future of the left-wing populist's reform agenda – such as seeking greater energy independence – hinges on whether voters punish him for issues including the pandemic and a deadly Mexico City rail accident.

"The election is widely seen as a referendum on AMLO and strong support for the ruling coalition could embolden the president to pursue more interventionist policies," said analysts at the Capital Economics consultancy firm.

Mexico's economy, the second-largest in Latin America, plunged by 8.5% in 2020 in the worst slump in decades, although the government predicts a rebound this year.

Lopez Obrador has refrained from trying to pump up the economy with fiscal stimulus, saying it would be imprudent to increase the national debt.