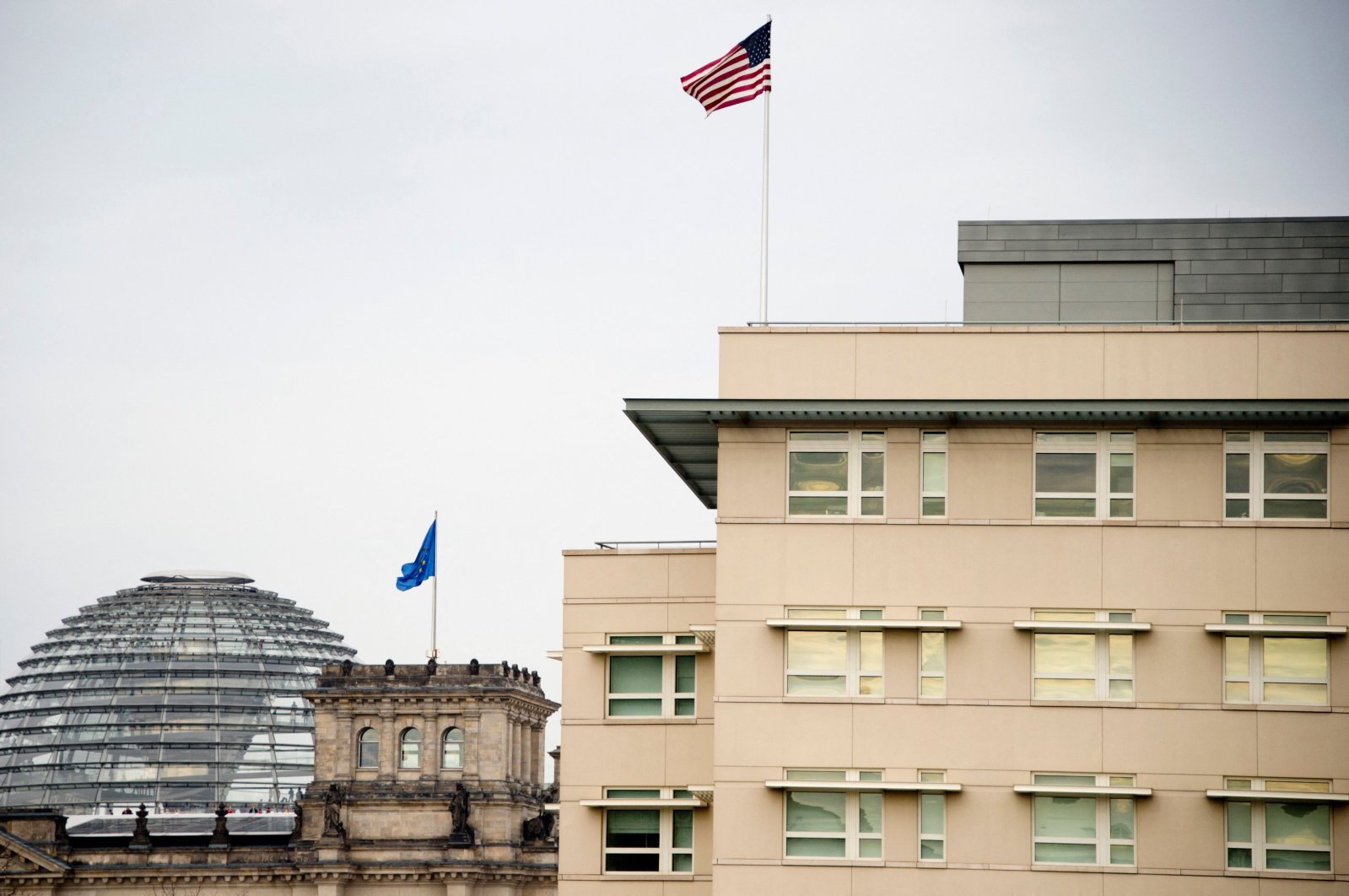 Media speculation was high on Thursday on the question of whether Russia and possibly China have developed brain-damaging technology modeled on an American built prototype.

Over recent years, several countries have developed portable microwave weapons capable of causing the mysterious wave of "Havana Syndrome” brain injuries in American diplomats and spies, according to leading American experts. There are claims that an American company also created a prototype of such a weapon for the Marine Corps in 2004. The weapon, codenamed Medusa, was supposed to be small enough to fit in a car and cause a a “temporarily incapacitating effect” but “with a low probability of fatality or permanent injury.”

The Biden administration is facing new pressure to resolve a mystery that has vexed its predecessors: Is an adversary using a microwave or radio wave weapon to attack the brains of U.S. diplomats, spies and military personnel?

The number of reported cases of possible attack is sharply growing and lawmakers from both parties, as well as those believed to be affected, are demanding answers. But scientists and government officials aren’t yet certain about who might have been behind the attacks, if the symptoms could have been caused inadvertently by surveillance equipment – or if the incidents were actually attacks.

Whatever an official review concludes could have enormous consequences. Confirmation that a U.S. adversary has been conducting damaging attacks against U.S. personnel would unleash calls for a forceful response by the United States.

For now, the administration is providing assurances that it takes the matter seriously, is investigating aggressively and will make sure those affected have good medical care.

The problem has been labeled the "Havana Syndrome,” because the first cases affected personnel in 2016 at the U.S. Embassy in Cuba. At least 130 cases across the government are now under investigation, up from several dozen last year, according to a U.S. defense official who was not authorized to discuss details publicly. The National Security Council is leading the investigation.

People who are believed to have been affected have reported headaches, dizziness and symptoms consistent with concussions, with some requiring months of medical treatment. Some have reported hearing a loud noise before the sudden onset of symptoms. Particularly alarming are revelations of at least two possible incidents in the Washington area, including one case near the White House in November in which an official reported dizziness. The new higher number of possible cases was first reported by The New York Times.

CNN first reported the case near the White House and an additional incident in November. Advocates for those affected accuse the U.S. government of long failing to take the problem seriously or provide the necessary medical care and benefits.

"The government has a much better understanding of it than it has let on,” said Mark Zaid, a Washington lawyer who represents several people affected. Zaid has obtained National Security Agency documents noting it has information dating to the late 1990s about an unidentified "hostile country” possibly having a microwave weapon "to weaken, intimidate, or kill an enemy over time.”

Chris Miller, the acting defense secretary during the last months of the Trump administration, created a Pentagon team to investigate the suspected attacks. That was after he met a soldier late last year who described how, while serving in a country Miller wouldn't identify, he had heard a "shrieking” sound and then had a splitting headache.

"He was well-trained, extremely well-trained, and he’d been in combat before,” Miller told The Associated Press (AP). "This is an American, a member of the Department of Defense. At that point, you can’t ignore that.”

Defense and intelligence officials have publicly promised to push for answers and better care for people with symptoms. Lt. Col. Thomas Campbell, a Defense Department spokesman, said the causes of any incidents "are areas of active inquiry."

Officials have not identified a suspected country, though some people affected suspect Russian involvement. CIA Director William Burns testified before Congress that he would make the investigation "a very high priority to ensure that my colleagues get the care that they deserve and that we get to the bottom of what caused these incidents and who was responsible.”

Burns receives daily updates on the investigation, which covers employees who have reported cases this year. He has met with those reporting injuries as have other top CIA officials.

The agency has worked to reduce the wait time for its employees to receive outpatient treatment at Walter Reed National Military Medical Center. The CIA also replaced its chief medical officer with a doctor seen internally as more sympathetic to possible cases.

"We were treated so awfully in the past," said Marc Polymeropoulos, a 26-year CIA veteran who was diagnosed with a traumatic brain injury following a 2017 visit to Russia. "Now they’re putting people in place who not only believe us but are going to advocate for our health care.”

One key analysis identified "directed, pulsed radio frequency energy” as the most plausible culprit. Published in December by the National Academy of Sciences, the report said a radio frequency attack could alter brain function without causing "gross structural damage.”

But the panel could not make a definitive finding on how U.S. personnel may have been hit. And a declassified 2018 State Department report cited "a lack of senior leadership, ineffective communications, and systemic disorganization” in responding to the Havana cases. The report says the cause of the injuries was "currently unknown.”

The document was published by George Washington University’s National Security Archive. The report also noted that the CIA ultimately closed its Havana station, a victory for a potential adversary. Dr. James Giordano, a neurology professor at Georgetown University, consulted with the State Department on the Havana cases and has been briefed on more recent incidents in the U.S. and abroad.

In reviewing records of people affected in Havana, Giordano noted evidence of neurological injuries in several people, suggesting they may have been hit with radio waves. He identified two possible culprits: a device intentionally used to target potential victims or a tool that used directed energy waves to conduct surveillance that may have unintentionally harmed the people targeted. One of the November attacks outside the White House had "substantial similarities” to the Havana cases, Giordano said, adding that he was not authorized by the government to be more specific.

"It’s very difficult, if not impossible, to fake or misrepresent certain findings to objective clinical evaluations,” Giordano said. "I mean, there are certain things you can’t make your nerves do or not do.”

Other scientists remain skeptical. Dr. Robert Baloh of the University of California, Los Angeles, argued that scans of healthy people’s brains sometimes display mini-strokes and that any possible weapon would be too large or require too much power to be deployed without detection.

Baloh said the growing number of cases considered directed energy attacks is actually linked to "mass psychogenic illness,” in which people learning of others with symptoms begin to feel sick themselves.

"Many people are hearing about it and that’s how it gets propagated,” Baloh said. Lawmakers from both parties are pushing the Biden administration to take this seriously. A bill introduced in both the House and Senate on Wednesday would bolster the payment of disability benefits for traumatic brain injuries suffered in the incidents.

"There's no greater priority than ensuring the health and safety of our people, and the anomalous health incidents that have afflicted our personnel around the world are of grave concern,” said Rep. Adam Schiff, the California Democrat who chairs the House Intelligence Committee, in a statement.

Polymeropoulos, the former CIA officer, said he believed the U.S. would ultimately identify what was behind the incidents and who is responsible.

"The actual intelligence is going to take us to the truth on this,” he said. "If we find that a certain adversary did this, there’s going to be uncomfortable decisions on what to do."