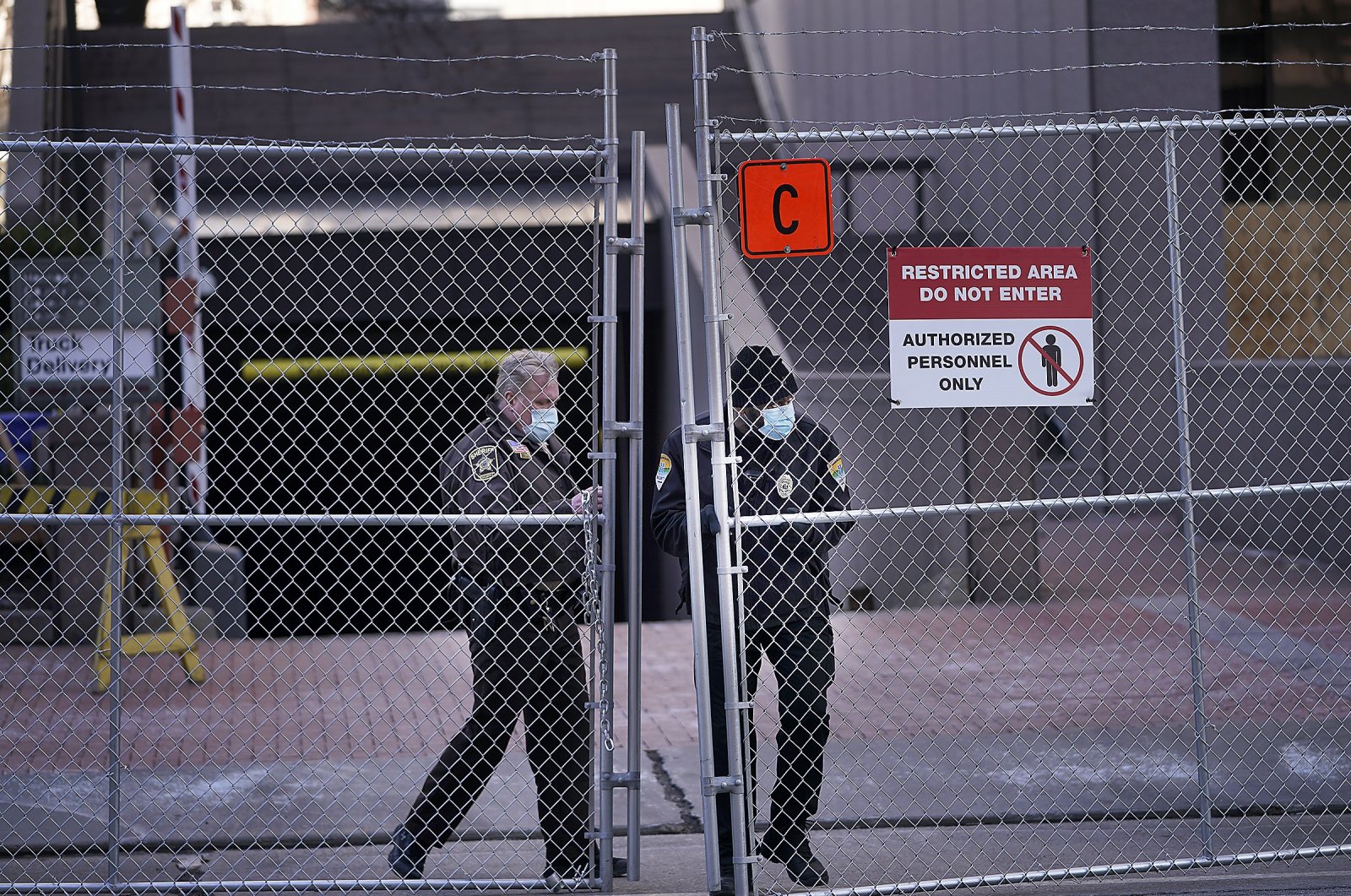 Minneapolis and Hennepin County officials will spend at least $1 million to put up fences and other barricades ahead of the trial for the former officer charged with murder in the death of George Floyd.

Minneapolis officials estimate $645,000 will be spent to protect the city's five police precincts, City Hall and the Public Service Building. County officials say the initial cost for leasing and installing barriers around the Hennepin County Government Center, where Derek Chauvin's trial begins Monday, is about $420,000.

"Some in our communities may find some of the environmental structures that they see, barricades and barriers and fences, perhaps a little bit daunting,” Minneapolis Police Chief Medaria Arradondo said at a news conference Thursday. "But, as we saw the events of Jan. 6, that is that preventative tool that we have to consider and have to look at.”

Arradondo was referring to the U.S. Capitol insurrection on Jan. 6. Some City Council members and community groups have criticized the security efforts and plans to bring in thousands of police officers and National Guard members, fearing it will only escalate tensions in the community, the Star Tribune reported.

Others say they want city leaders to do everything they can to prevent a repeat of last year's protests that turned violent following Floyd's death. The unrest that began in Minneapolis spread worldwide and led to a national reckoning on race.

Floyd, who was African-American, died May 25 after Chauvin, who is white, pressed his knee on Floyd’s neck while he was handcuffed and pleading that he couldn’t breathe.

Chauvin faces second-degree murder and manslaughter charges; three other fired officers go on trial in August. Hennepin County is using money from its facility services budget to cover the costs, according to The Associated Press.

Minneapolis leaders hope they will eventually be able to use state aid to cover expenses, city coordinator Mark Ruff said.