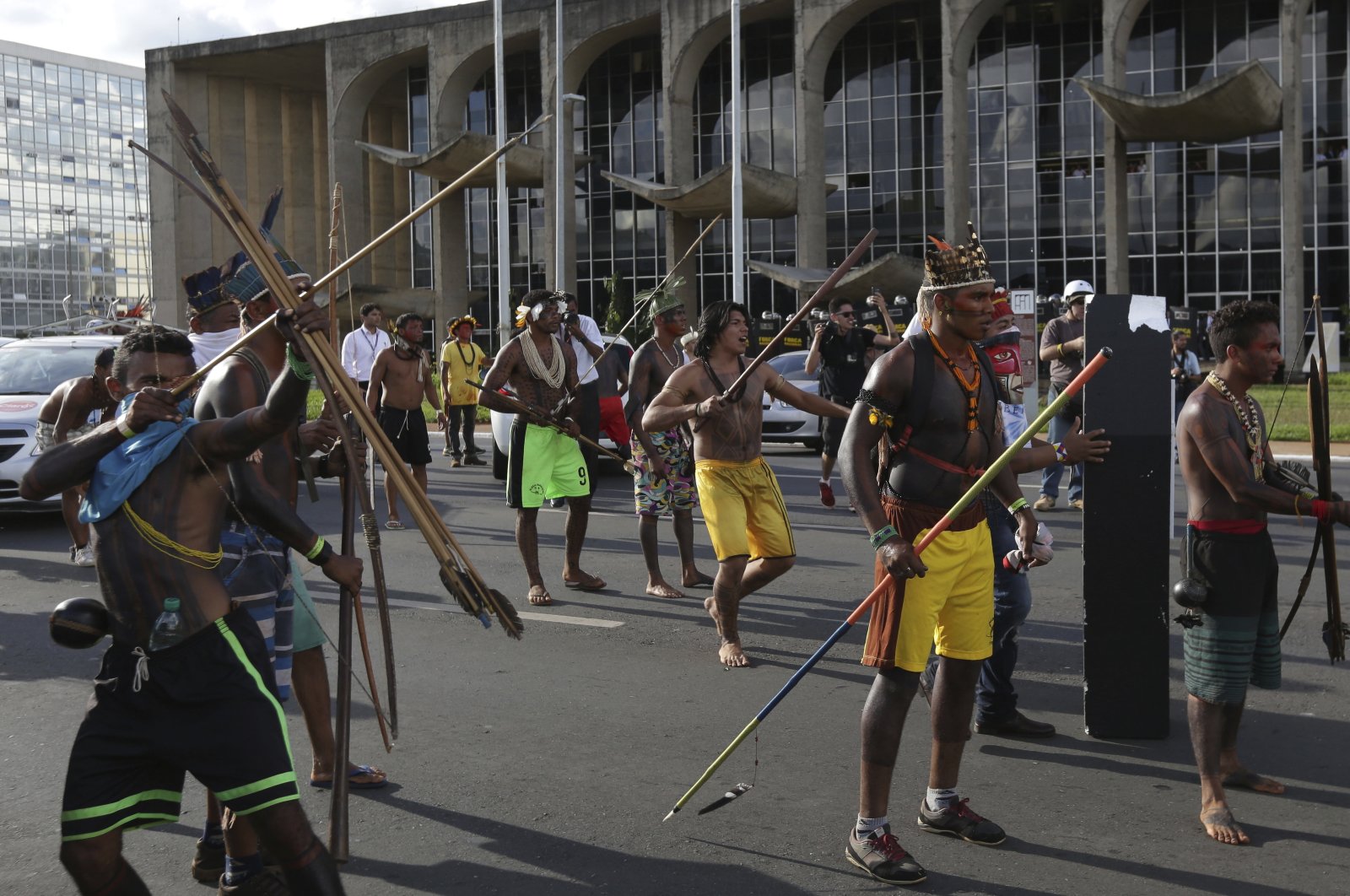 An Indigenous man aims his arrow at police outside the National Congress during a protest for the demarcation of Indigenous lands in Brasilia, Brazil, April 25, 2017. (AP Photo)
by German Press Agency - DPA Aug 09, 2021 10:52 am

An Indigenous activist was killed on average every other day in the Amazon region in 2020, according to research from Catholic aid group Adveniat.

Intensive agriculture, illegal mining and and huge energy projects are putting Latin America's Indigenous people at risk, the organization said in a release marking the International Day of the World's Indigenous Peoples on Monday.

Since 2014, 600 Indigenous environmental activists have been violently killed, according to Adveniat, which said its research on the ground revealed increased violence against environmentalists in the last 12 months.

A survey showed that many Indigenous organizations see a growing threat to the safety of their members.

Indigenous people play a key role in the fight against climate change and environmental destruction, and they have been repeatedly murdered when they resist economic activities in their traditional settlements, the agency said.

"If we don't stop the killing of Indigenous environmentalists, we will not succeed in protecting the rainforest and thus the climate," Adveniat's executive director Michael Heinz said.

In Brazil, the right-wing government of President Jair Bolsonaro is currently trying to use legal means to deprive Indigenous people of their land.

A few days ago, lawmakers in the Chamber of Deputies approved legislation under which land squatters will in the future be able to obtain legal property titles for stolen areas.