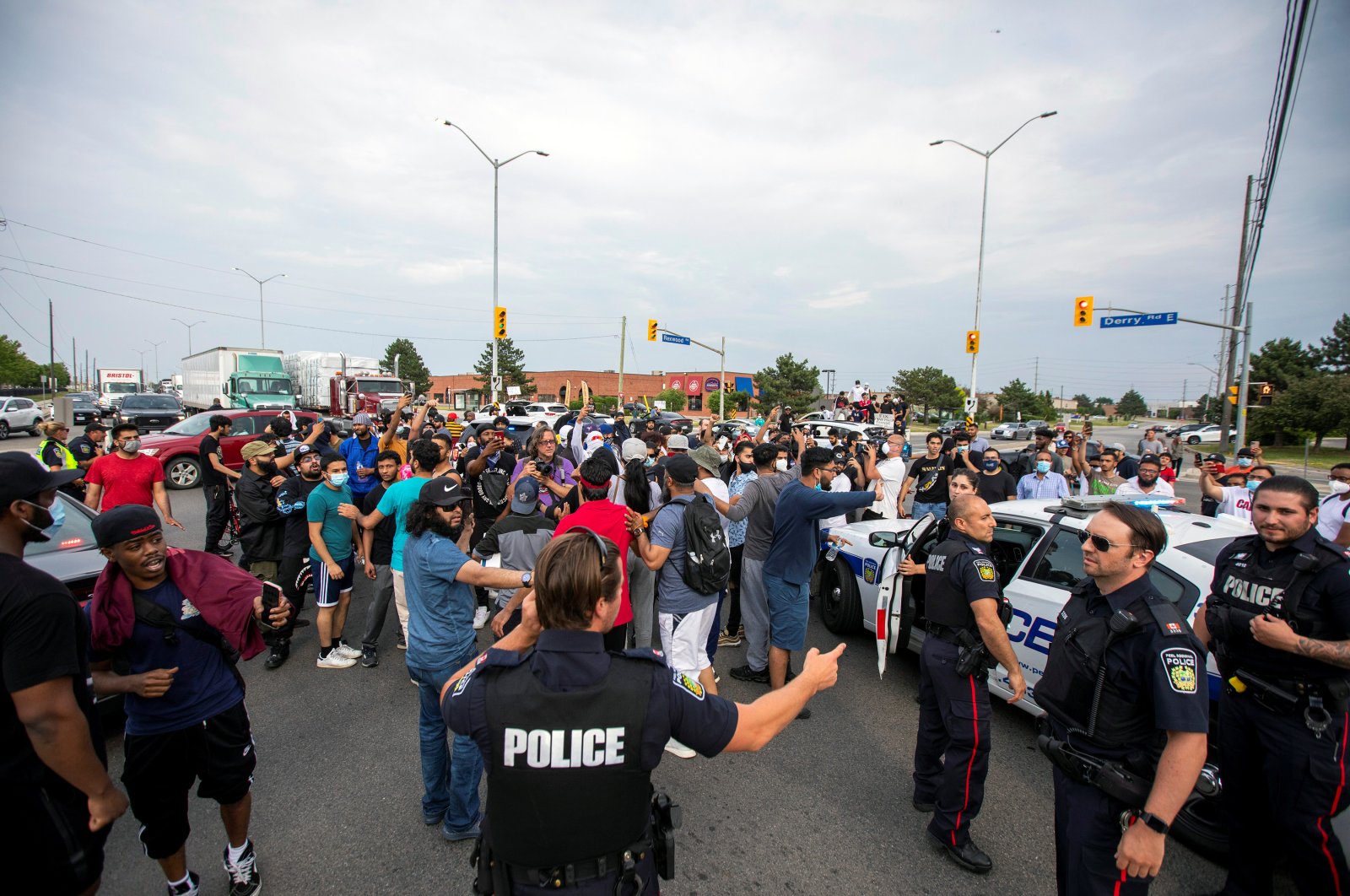 A Muslim man was fatally shot by Canadian police while having a mental health crisis in the city of Ontario, Canada on Saturday.

The 62-year-old Pakistani-Canadian man was identified as Ejaz Choudry and suffered from schizophrenia, a report by CBC Canada said.

Choudry’s family called a nonemergency line to seek assistance after he refused to take his medication during a state of crisis.

The provincial police watchdog, the Special Investigations Unit, which is currently probing the incident, said that the police were called because Choudry was not taking his medication, but his family claimed they called the assistance line and sought assistance from mental health professionals rather than police.

A video recorded at the time of the incident shows police officers entering the second-floor apartment of the deceased from his balcony and opening fire immediately after kicking the door open.

The father of four children was alone at his home at the time of the incident and had a knife in his hand.

The incident caused an uproar among the city’s Muslim and Pakistani community, who took to the streets to protest police brutality.

“He wasn’t a danger to anyone else. He was by himself in his home where he felt safe,” Hassan Choudhary, one of Mr. Choudry’s nephews, told the Canadian Press. “He can’t think straight, he’s schizophrenic, and (police) are going and killing him because he’s going to kill himself? Where’s the logic in that?”

Another nephew of Choudry, Khizar Shahzad, told reporters that his uncle did not speak English. He noted that his uncle’s daughter had called a nonemergency crisis line to seek help from paramedics so he could be taken to the hospital to given his medication.

However, when paramedics arrived at the scene, they called police after realizing he had a knife, according to Shahzad, who said he pleaded with officers to allow a family member to try to speak to his uncle, but they refused and entered the unit through the balcony.

Choudry’s family expressed a lack of faith in the provincial investigation into the incident, demanding justice from authorities and calling for a public inquiry.