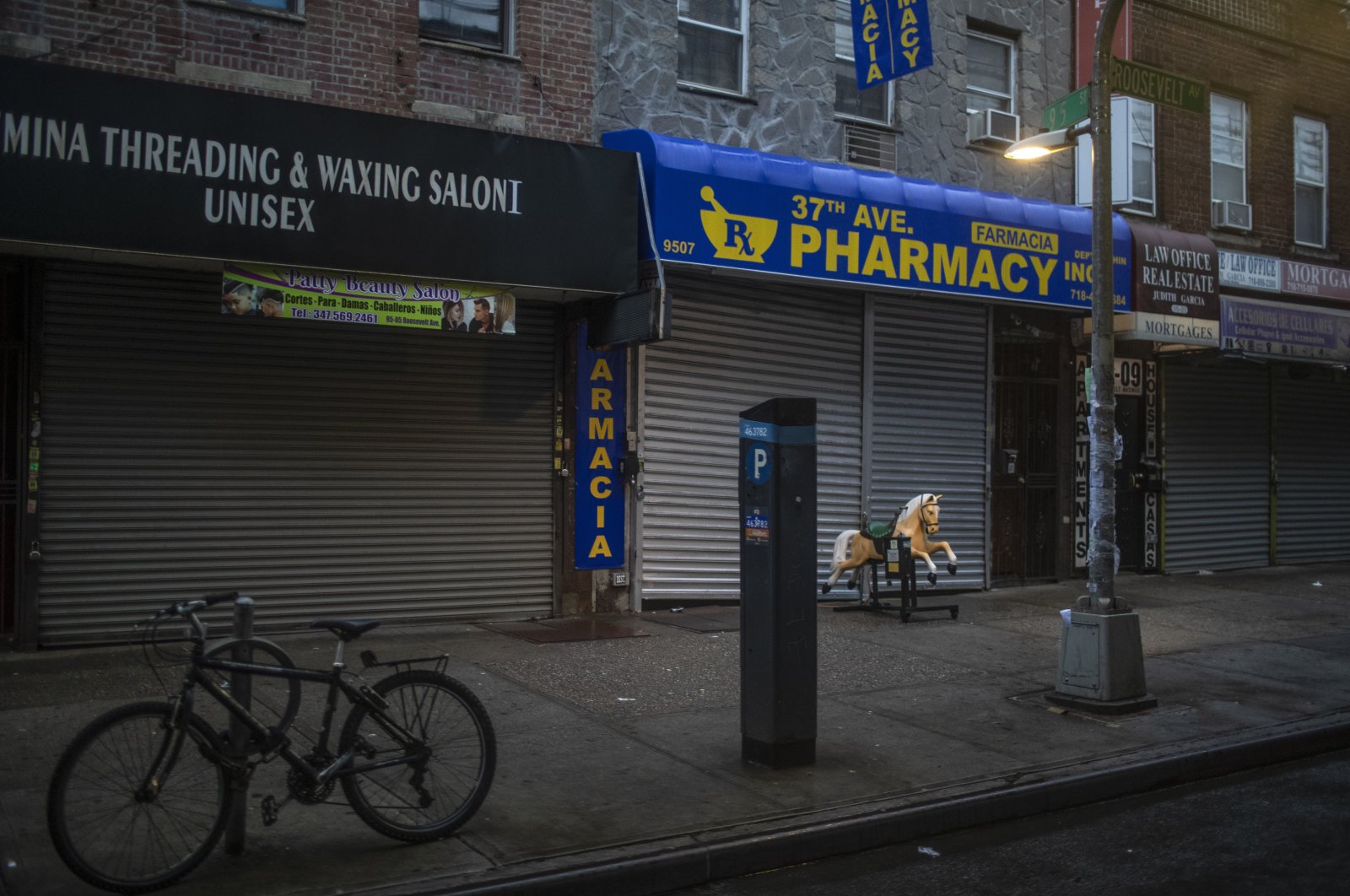 A mechanical coin-operated horse ride for children stands in front of a row of shuttered shops in the Queens borough of New York City, March 29, 2020. (AP Photo)
by Associated Press Apr 13, 2020 4:24 pm
RECOMMENDED

New York City is in danger of running out of swabs for COVID-19 tests and is urging medical providers to continue testing only patients who are gravely ill, the city health department said in a memo to health care providers.

“As the swab supply continues to decline, there is a real possibility hospitals will completely run out,” the April 11 health alert said. “At this time, providers are reminded to only test hospitalized patients in order to preserve resources that are needed to diagnose and appropriately manage patients with more severe illness.”

The warning came amid repeated pleas from New York City and state officials for the federal government to provide widespread testing in order to move to a containment phase in the coronavirus outbreak.

“We can’t make that transition back to normal without testing on a much larger scale,” Mayor Bill de Blasio said Monday on MSNBC.

Through Sunday afternoon, 462,000 people in New York have been tested for the virus, according to state figures. Of those, nearly 189,000 had tested positive.

Because of rationing, just 44% of tests conducted in the state have been done in New York City, even though the city represents 74% of the state's fatalities from the virus.

Lack of testing capability, partly due to rationing of personal protective equipment for the people who would have to administer them, has also stopped officials from doing widespread testing of hospital and nursing home staff who might be passing infections to each other and to patients.