New York Mayor declares state of emergency due to coronavirus 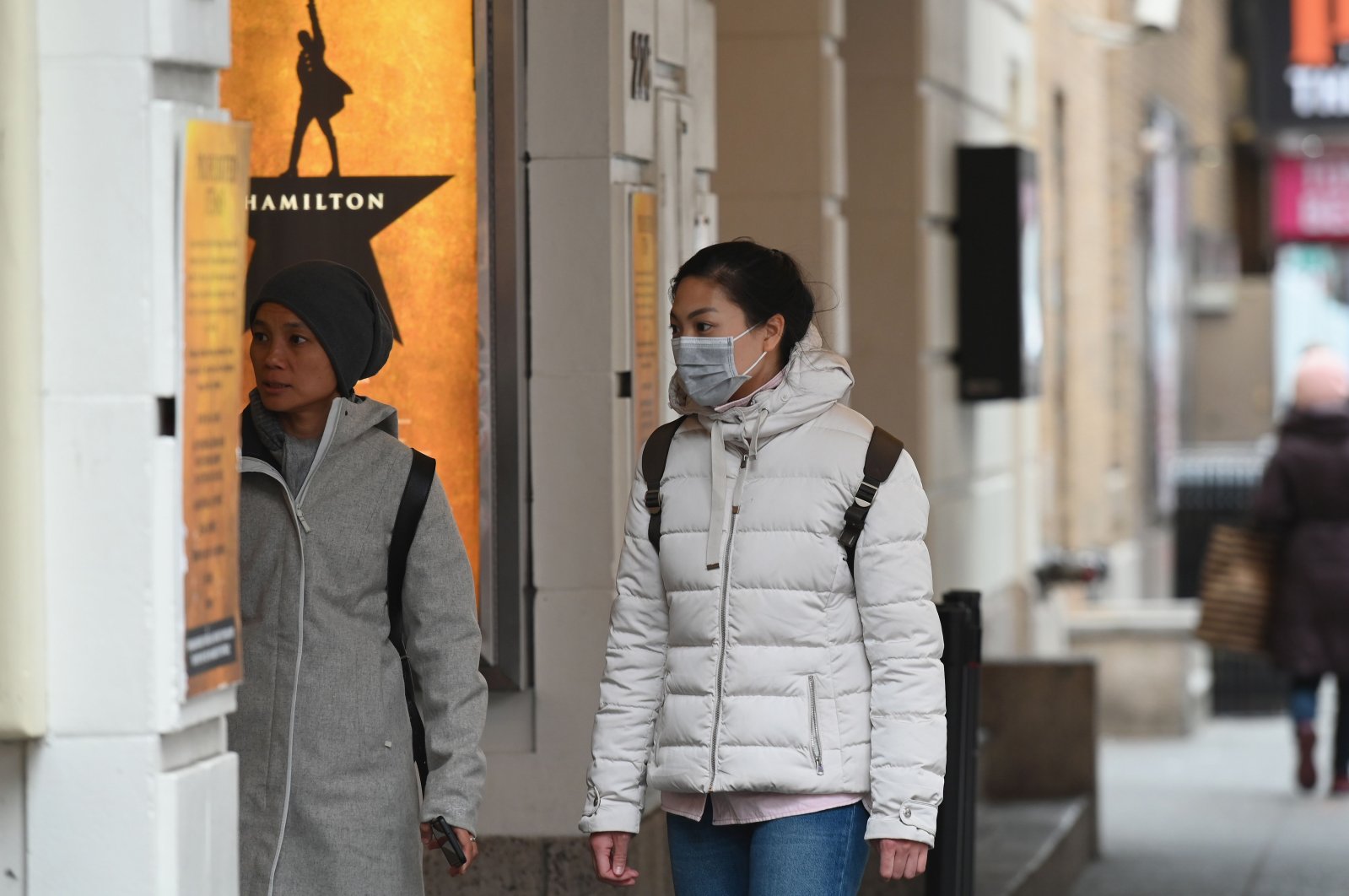 New York Mayor Bill de Blasio on Thursday declared a state of emergency due to coronavirus.

“The last 24 hours have been very, very sobering,” de Blasio said at a press conference.

Museums prepared to shut their doors, the opera was silenced, lights dimmed on Broadway, big gatherings were banned and the subway was shunned as the largest city in the U.S. wound down Thursday amid a rise in coronavirus cases.

Gov. Andrew Cuomo announced that gatherings with more than 500 people will temporarily be banned in New York state, one of several "dramatic actions” to contain the new virus.

The governor said the ban would start for most places statewide at 5 p.m. Friday, though he said it does not apply to schools, hospitals, nursing homes and mass transit.

The ban for Broadway theaters starts at 5 p.m. Thursday and is in effect through April 12, according to a statement from The Broadway League, an organization of theater owners and producers.

Cuomo said the city has 95 confirmed COVID-19 cases as of Thursday afternoon. There are more than 320 cases statewide, with the largest cluster in the suburb of New Rochelle north of New York City.

The ban comes as some of New York City's most esteemed cultural institutions announced Thursday they are temporarily shutting down because of the coronavirus, including the Metropolitan Museum of Art, the Metropolitan Opera and Carnegie Hall.

"The Met’s priority is to protect and support our staff, volunteers, and visitors,” Daniel Weiss, the museum's president and chief executive, said in a statement. The museum will close its three locations starting Friday. No date for reopening was given.

The opera company said all performances have been canceled through March 31. Carnegie Hall also announced it was closing its doors at midnight Thursday for all public events through the end of March.

The closings come amid signs that new yorkers are acting on their own to avoid crowds. Ridership on the subway and commuter rail lines has plunged, state officials said.

Cuomo announced late Wednesday that New York City's St. Patrick's Day Parade would be postponed for the first time in its 258-year history. New York City Mayor Bill de Blasio later tweeted that the parade will take place at some future date "whether it’s in the heat of summer or on a clear fall day."

The virus causes only mild or moderate symptoms such as fever and cough for most people, but for some, especially older adults and people with existing health problems, it can cause more severe illness, including pneumonia, and death.

The vast majority of people recover. According to the World Health Organization (WHO), people with mild illness recover in about two weeks, while those with more severe illness may take three to six weeks to recover.

The Archdiocese of New York said it will close elementary schools in its system Monday for at least a week.

De Blasio said in a statement that two public schools that share a building in the Bronx will close for 24 hours because a student tested positive for COVID-19.

But the mayor said he hopes to avoid drastic measures, such as shutting the city's entire public school system or its subways.

"I’m a believer that we have to be careful not to destroy people’s livelihoods, not to destroy the opportunity for our kids to be in a safe place learning every day in school,” he said in a Thursday morning appearance on CNN. "And yet we’re going to have to introduce more and more restrictions, which we’re certainly going to be doing in New York City today and tomorrow.”

State officials this week set up a "containment area" in the suburb in which schools and houses of worship are closed within a mile radius of a point near a synagogue associated with the cluster. People who aren't personally quarantined will be able to leave their homes and go to work or elsewhere. Businesses can remain open, and residents or visitors are free to walk around.

The Cuomo administration did not say how many troops were mobilized.

Though cases were concentrated in the New York City area, confirmations were reported in new parts of the state. Officials in Rochester said the first known case in western New York involved a man who had visited Italy. The University at Albany suspended classes Thursday after a student tested positive for COVID-19, one of two new cases in the county.